February 14-16, 2015
The Crystal Range is a subrange of the Sierra Nevada located southwest of Lake Tahoe. The west side of the range slopes gently into endless miles of forest, while the east side is occupied by miles of sheer cliffs and glacier-carved slabs, giving the area a very desolate and alpine appearance. The range consists of a very prominent 11.7-mile north-south running crest which looks very aesthetic to the ridge traverser. Aside from three relatively easily accessible peaks on the southern end of the range (Pyramid, Agassiz, Price), the rest of the range does not get much human traffic, especially in winter.

A month earlier, Mason and I had headed over to the Crystal Range to attempt the first ascent of the Crystal Range Traverse, but failed due to cruddy snow conditions, lack of morale due to nonstop postholing, and me becoming sick on the second day. We ended up bailing from the ridge after summiting four of its northernmost peaks. Now we were back, with a planned 4:30am start on day 1 (as opposed to our 8am start in January), and an extra hour of sunlight each day.

The planned route was pretty much the same route we had followed in January. The starting location would be Lyons Creek Trailhead (6,700 ft). The 12.4-mile approach would involve first walking 4.8 miles up the road to the north side of Dark Lake (6,910 ft), then hiking 5 miles north on the Barrett Lake Truck Trail to Barrett Lake (7,660 ft), then cross countrying it for another 2.6 miles to Silver Saddle (8,740 ft), which was located on the ridge just southeast of Silver Peak. Silver Saddle marked the start of the Crystal Range Traverse. From there, we would head north along the ridge to Tells Peak and back, then continue south along the ridge to its terminus at Pyramid Peak, which marked the southern end of the traverse. To get back to the trailhead from Pyramid, we would head down Pyramid's west ridge and into Lyons Creek Canyon to join up with the Lyons Creek Trail, then follow the trail west for 3.4 miles back to the trailhead. 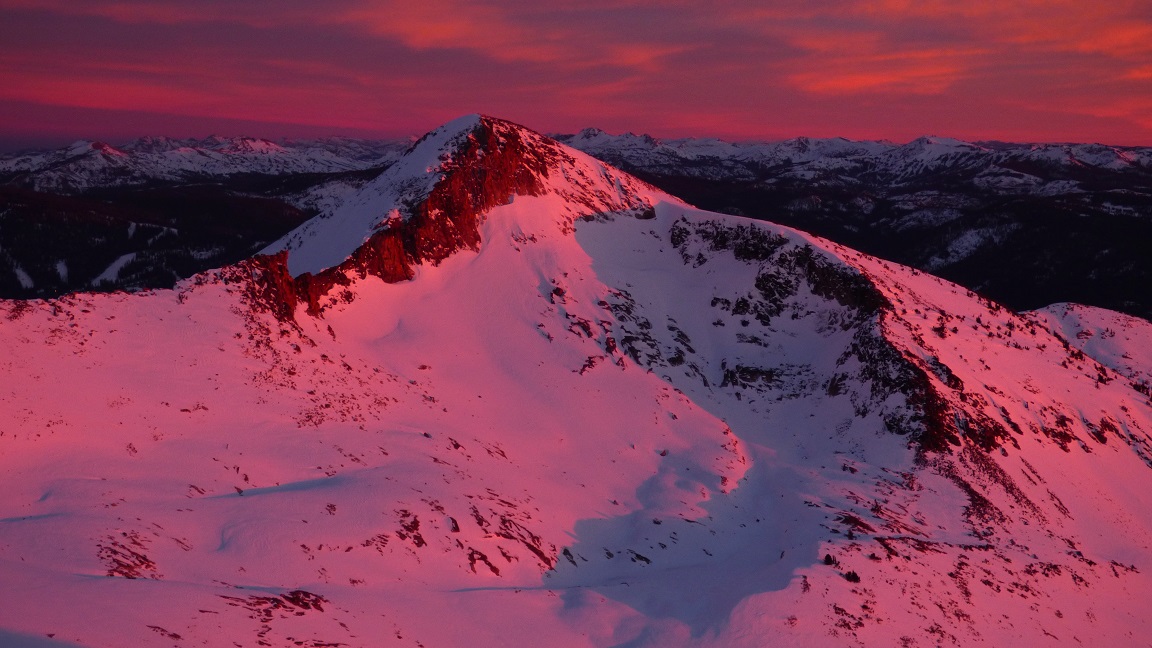 The table below includes every peak (from north to south) on the Crystal Range Traverse. For unnamed peaks, I have dubbed names for them which are derived from the names of nearby lakes and passes. These dubbed names are in quotes. Peaks without quotes are either officially named by the USGS or were found named by previous parties who had written them in summit registers. 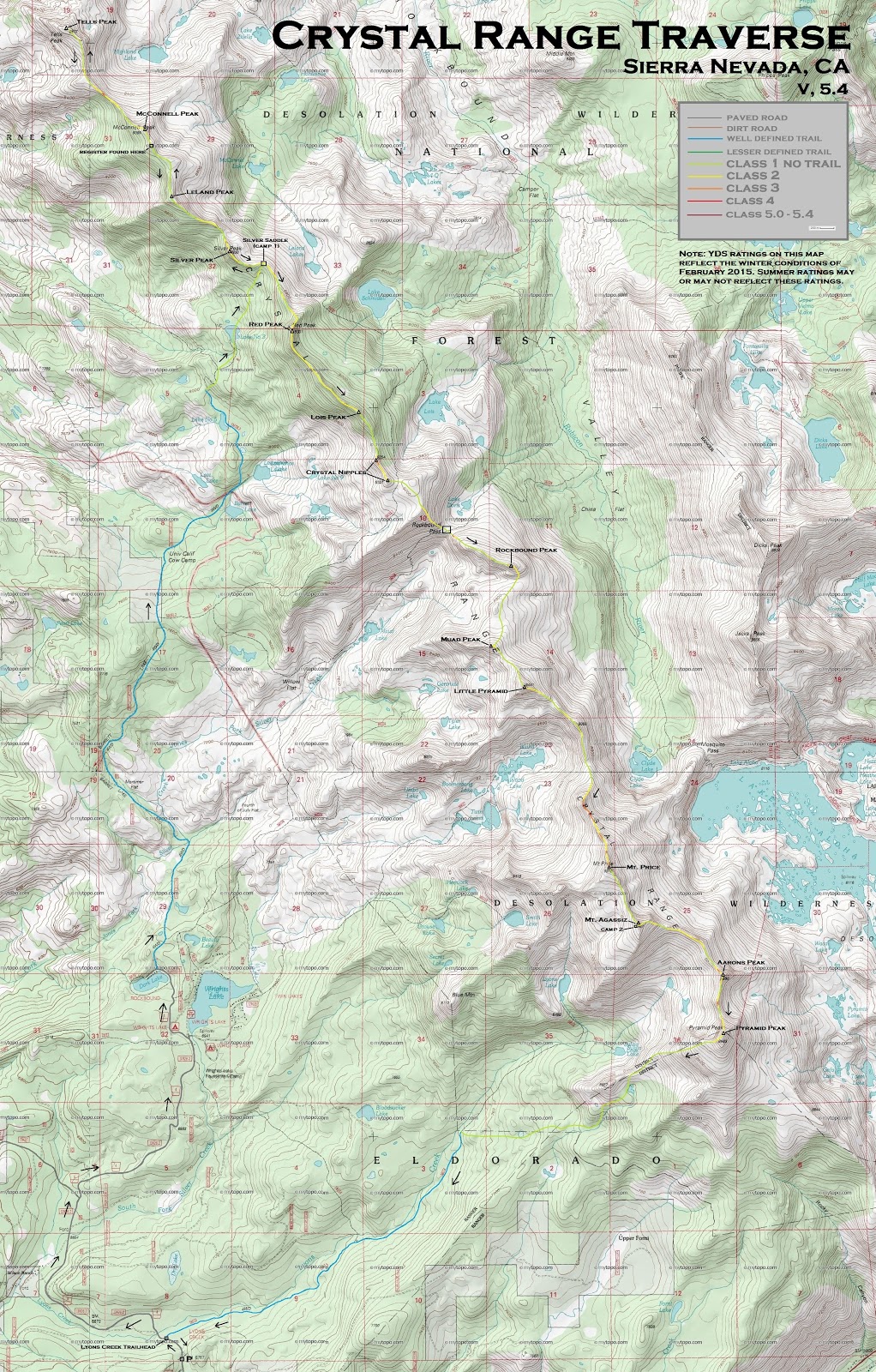