July 13-17, 2014
The LeConte Divide and White Divide are two continuous and connected ridgelines with a combined distance of ~30 miles which lie west of Goddard Canyon and east of Red Mountain Basin, Blackcap Basin, and Crown Basin. These two divides lie in a remote part of the Sierra and are very infrequently visited compared to the rest of the range. Accessing the closest part of either divide would require at least 17 miles of hiking from the shortest approach. It was because of this remoteness that I became so interested in the area, and about five months prior to setting foot on the ridge, began mapping out a traverse which would involve a grand tour of every peak on those two divides. Apart from the few named summits (Mt. Henry, Red Mountain, Mt. Hutton, Mt. Reinstein, Finger Peak, Blue Canyon Peak, and Tunemah Peak), there was no online information regarding the remaining 21 unnamed peaks on the divides. The most I was able to find were a few short blurbs written by Secor which indicated a few passes and unnamed peaks in the area. I spent many hours carefully pouring over Google Earth for routes, water sources, and good camping locations, and finally had a route mapped out a month later. I dubbed the route the "Blackcap Traverse" after nearby Blackcap Basin. This is not to be confused with another route of the same name which runs from Bench Valley to Blackcap Basin.

The final plan was to start from North Lake Trailhead out of Bishop and take the Paiute Pass Trail 16.6 miles over Paiute Pass, down Paiute Canyon, and to the John Muir Trail in the north fork of the San Joaquin River. From there, I would head south to cross the San Joaquin River and head up the toe of the LeConte Divide. Once on the divide, I would traverse south along the ridge, arriving at the southern end of the White Divide a few days later. Getting on and off the divides would involve the largest amounts of elevation Change, with over 4,000 ft of gain from Goddard Canyon onto LeConte Divide and over 5,000 ft of loss from White Divide to Simpson Meadow in the Middle Fork of Kings Canyon. Once at Simpson Meadow, I would take the Middle Fork Trail 9 miles north to where it intersects the John Muir Trail, and take that trail 18 miles north to a point shortly after Evolution Lake, where I would leave the trail and head up Darwin Bench, past Darwin Lakes, up and over Lamarck Col, and down the Lamarck Lakes Trail back to North Lake Trailhead.

About a month before setting off on the traverse, I contacted Michael Chapiro who I had met on the 2013 Sierra Challenge to see if he was interested. He had caught my attention during the Challenge by successfully descending Tinemaha Drainage, which was a hell of a feat since a descent by a previous party had involved multiple days and a rescue. When asked about the traverse, Michael seemed pretty enthusiastic about the idea, and we planned to start the route on Sunday July 13.

The table below includes every peak (from north to south) on the Blackcap Traverse. Since most of the peaks are unnamed, I have dubbed names for them which are mostly derived from the names of nearby features (especially lakes) or after defining features on the peaks themselves (such as "Thumb Peak" where the summit block of that peak resembles a giant thumb). These dubbed names are in quotes. Peaks without quotes are either officially named by the USGS or were found named by previous parties who had written them in summit registers.

Maps (Since Blogger does not let me upload these files at full size, email me at eric.jsc@gmail.com for full sized versions of these maps)
Approach (North Lake Trailhead to leaving JMT)
17.3 miles    2,560 ft/3,755 ft gain/loss 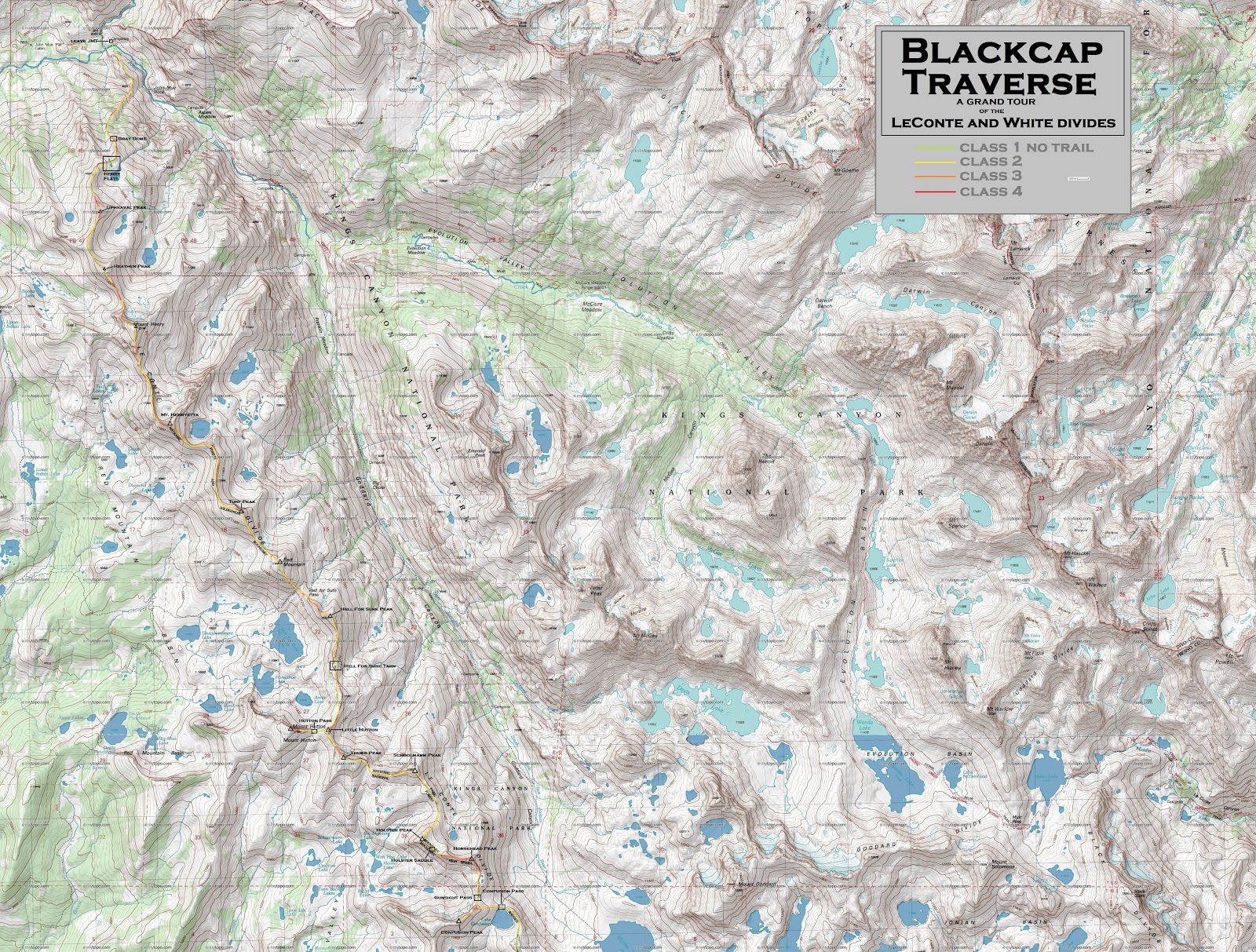 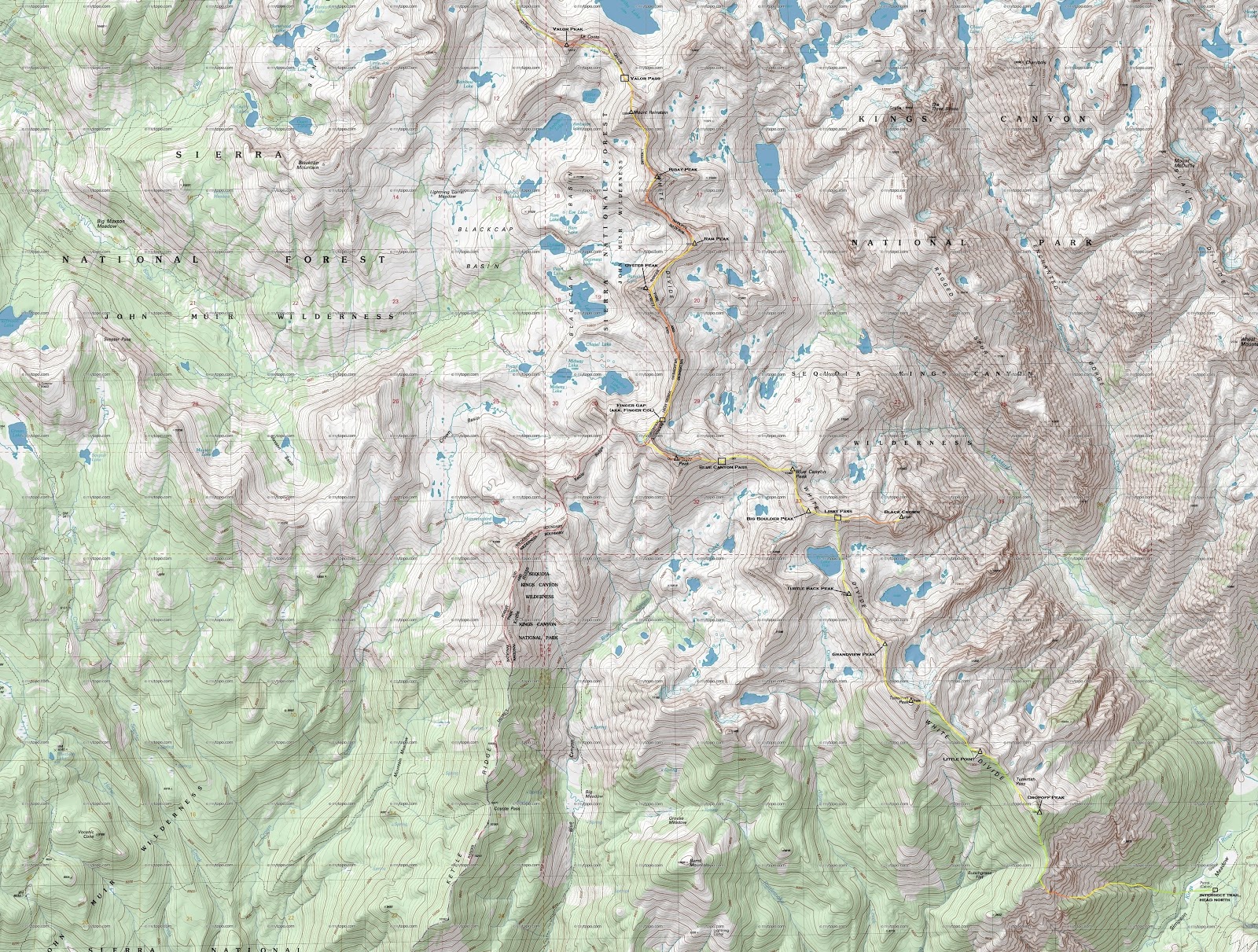 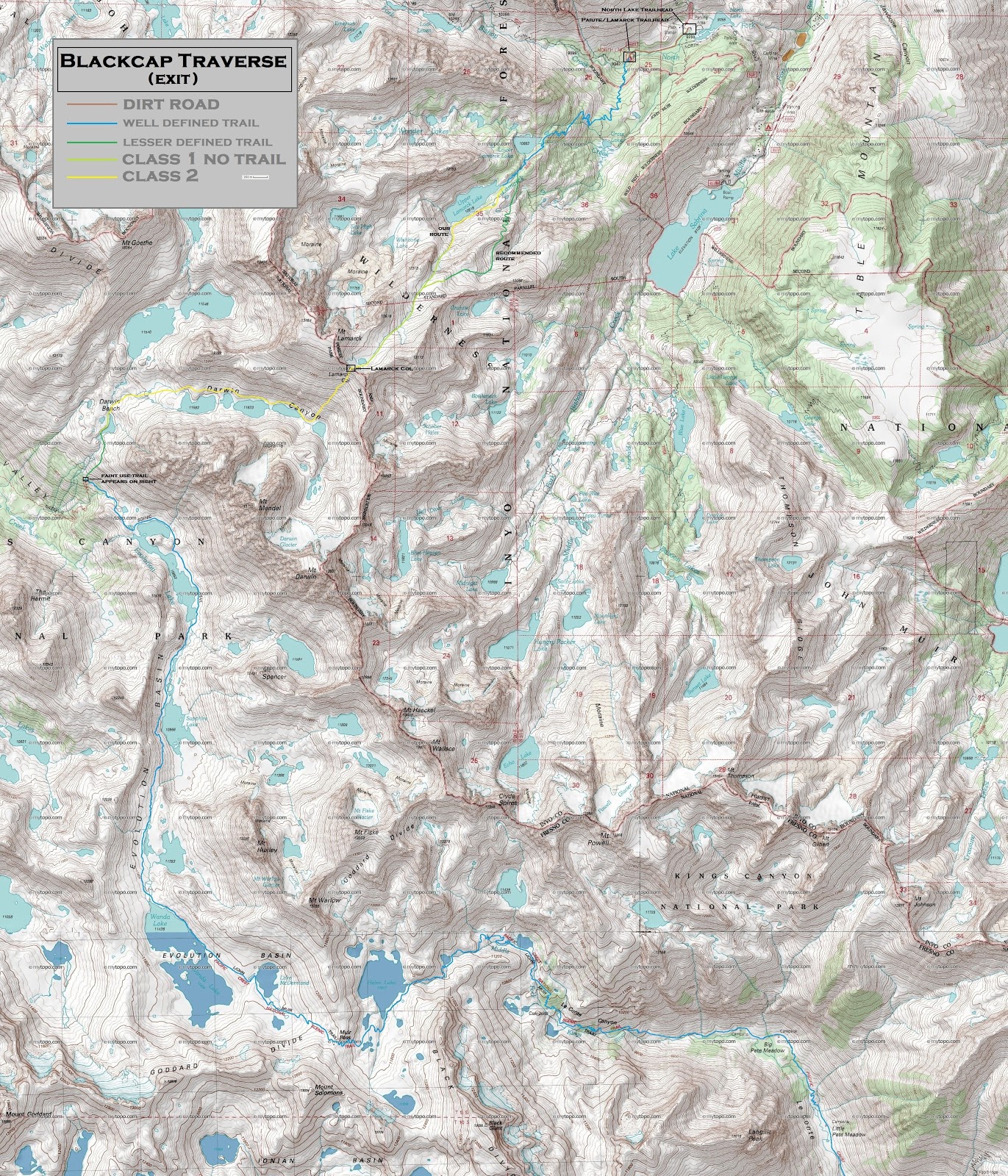 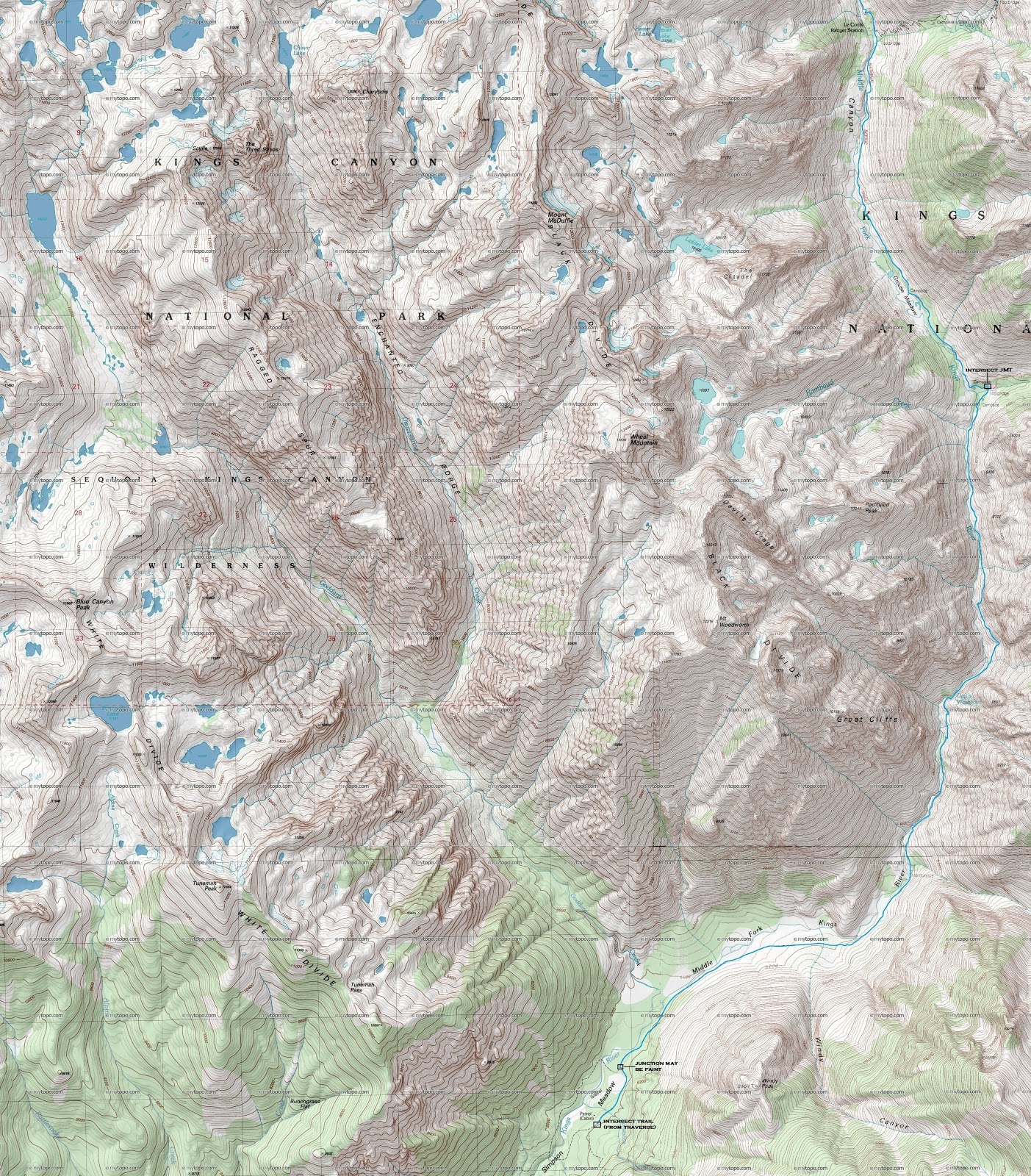