June 25-27, 2016
Basin Mountain and Mt. Tom are two enormous thirteeners which dominate the Bishop skyline. These two mountains are connected by a U-shape of ridges to the west, wrapping around Horton Lakes Basin. Various parts of these ridges had been climbed, sometimes often, but no one had yet reported combining them into one giant traverse. 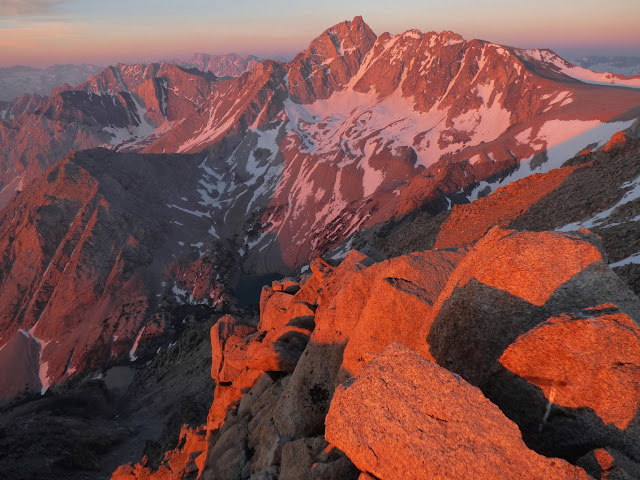 The plan of attack was a strenuous looking 3 day climb. We would begin at Horton Creek Campground (4,980 ft), taking a combination of dirt roads and cross country desert travel to the east side of Basin Mountain, then ascending Basin Mountain via its class 4 East Couloir. We would camp near the summit of Basin on the first night, then try to make it as close to Mt. Tom as possible on the second day. On the third day, we would reach Mt. Tom, descend its north ridge, and walk 4 miles on a dirt road across the desert back to Horton Creek. The weather forecast called for mainly clear skies, with highs of 100s in the desert and lows of 30s on the highest traverse ridges.

The table below includes every peak (traversing clockwise) on the Tom to Basin Traverse. For unnamed peaks, I have dubbed names for them which are derived from names of nearby lakes. These dubbed names are in quotes. Peaks without quotes are either officially named by the USGS or were found named by previous parties who had written them in summit registers. 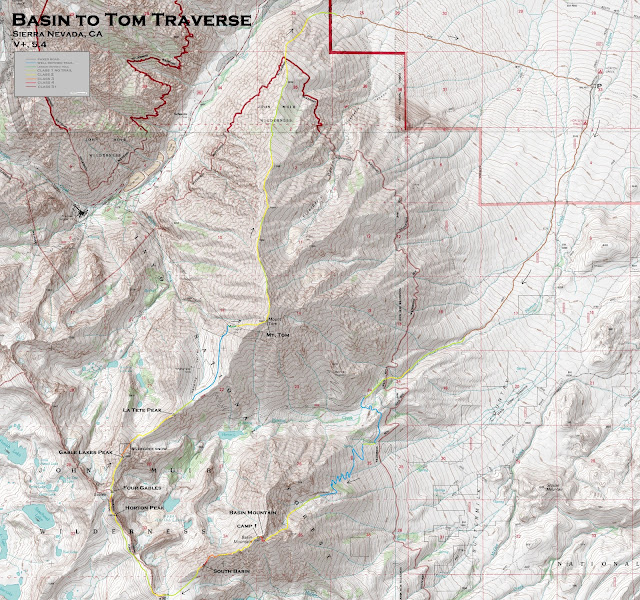