December 29-31, 2015
The Sheep Hole Mountains are a small rocky range in the Mohave Desert just north of Joshua Tree National Park. Many people driving towards Joshua Tree from the north will undoubtedly catch a few glimpses of the range and its dramatic cliffs near the town of Amboy. I first visited the range in 2013, taking the easy standard route up to the range highpoint, but made a note of coming back and traversing the entire range. 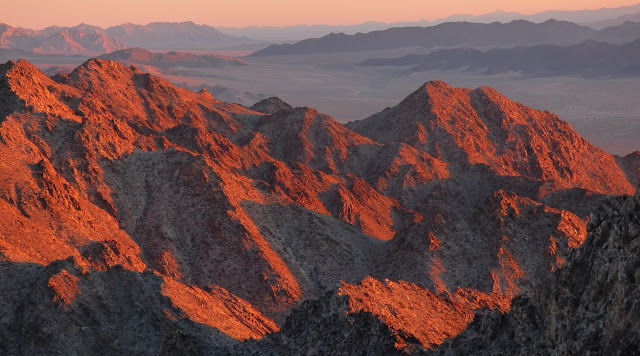 Even though the Sheep Hole Crest was only 22 miles long, it was comprised of what looked like miles of tedious rocks and boulders typical of the Joshua Tree area, making it a 2.5-day traverse. Since the range was a straight line, it would also be done in a point to point fashion, requiring a car shuttle. Since the northern side of the range looked the most tedious, we decided to do the route in a north to south direction starting from Sheep Hole Pass just off Amboy Rd and ending at Clarks Pass just off Hwy 62.

Getting to the trailhead (north): From Twentynine Palms, head 25 miles east on Amboy Rd to Sheep Hole Pass. There is a large tower installment at the pass just east (right) off Amboy Rd. Take the obvious short dirt road to a large parking area below the tower.

Getting to the trailhead (south): This location may be slightly tricky to find due to its nondescript location. From Twentynine Palms, travel just under 30 miles to the southern toe of the Sheep Hole Crest, just before Clarks Pass. There is a small dirt road splitting off to the south (right) which ends after a few hundred feet. Park here.

The table below includes every peak (traversing north to south) on the Sheep Hole Traverse. For unnamed peaks, I have dubbed names for them which are derived from sheep (to keep with the theme). These dubbed names are in quotes. Peaks without quotes are either officially named by the USGS or were found named by previous parties who had written them in summit registers.

Maps (Since Blogger does not let me upload this file at full size, email me at eric.jsc@gmail.com for a full sized version of this map) 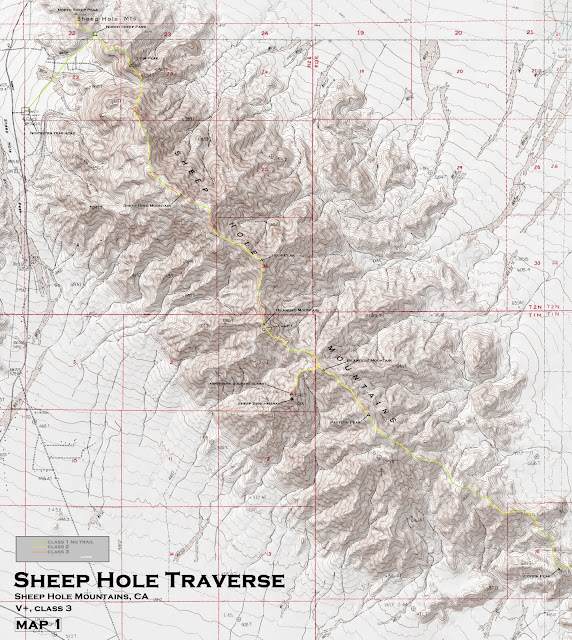 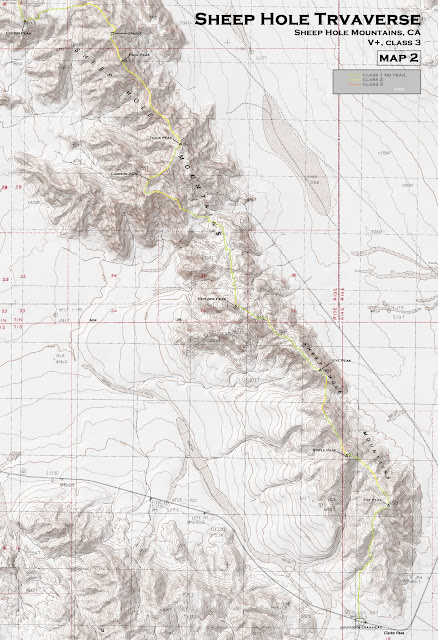