November 26-28, 2015
The Argus Range is one of several dramatic desert ranges located between the Sierra Nevada and Death Valley. The highest peaks on the Argus Crest rise to over 8,000 ft while surrounding valleys just a few linear miles away drop to 1,000 ft. The western side of the range drops to ~5,000 ft, bordering the dry lakebed of the enormous China Lake, which contains the China Lake Naval Weapons Center. On the eastern side of the range and 4,000 ft lower lies Panamint Valley- a vast, barren landscape where summer temperatures soar to 120F and winters are often frigid and windy. It is from the east side that the range looks the most impressive, containing several 7,000 ft elevation differences in distances shorter than 6 miles. 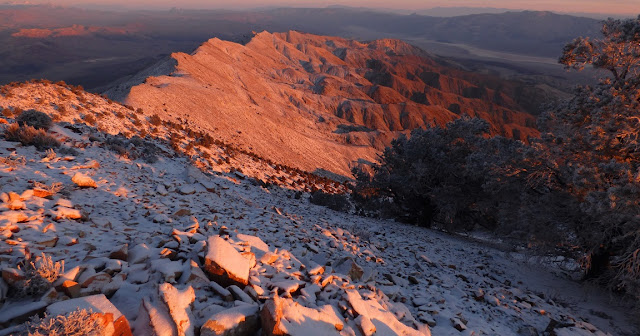 The Argus Range first caught my attention in June 2013 while sitting in a car going over Towne Pass (roughly 25 linear miles northeast of the highest Argus peaks). As we came over the west side of the pass, an incredibly imposing mountain range containing countless folds, creases, and sharp ridges dominated the western horizon. It was late afternoon, and the sun was not far over the range, creating a multitude of dark and mean looking shadows which danced across the range. As the range eventually faded into the distance, I made a mental note to take a look at it.

Now, over two years later, I suggested the Argus Range to Mason after another traverse we had planned on had fallen through. The Argus traverse would go in a south-to-north direction and cover all peaks on the main crest between Parrot Point and Zinc Hill. Most of the crest lies within the boundaries of the China Lake Naval Weapons Center, making it a sneak climb, but its remoteness would make a human encounter highly unlikely. We would start from Nadeau Rd in Panamint Valley, head west up Parrot Point's direct east ridge in order to access the Argus Crest. Once we were on the crest, we would traverse north along it to Zinc Hill, then descend the central northeast ridge of Zinc Hill down to Panamint Spring, where Michael planned to meet us at and shuttle us back to Nadeau Rd.

Argus Mountains on the other side of the valley seen from the Cottonwood Mountains, November 9, 2013 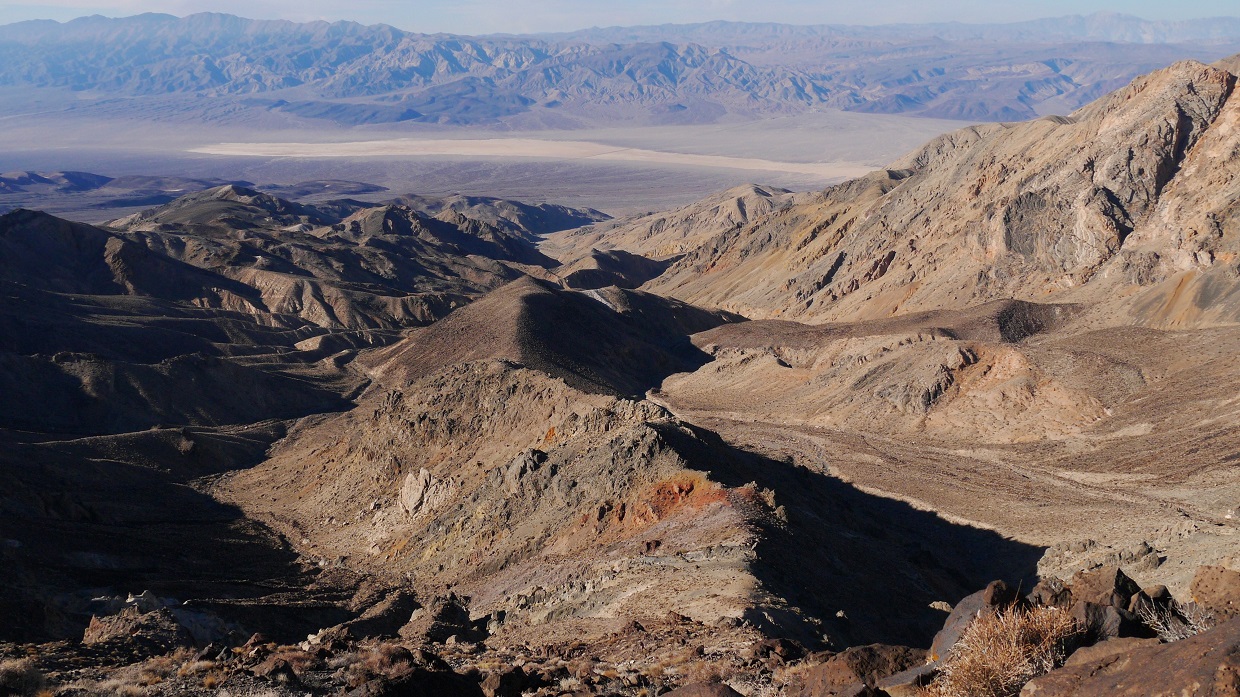 Getting to the trailhead: From the junction of Ballarat Rd and Trona Wildrose Rd, head 4 miles south on Trona Wildrose Rd to where Nadeau Rd splits off to the north. Take Nadeau Rd north for 5.5 miles, passing by three well defined dirt roads splitting off to the left, to a fourth dirt road splitting to the left. This fourth split is the trailhead.

The table below includes every peak (traversing south to north) on Arduous Argus. For unnamed peaks, I have dubbed names for them which are derived from the names of nearby mines, springs, or terrain features. These dubbed names are in quotes. Peaks without quotes are either officially named by the USGS or were found named by previous parties who had written them in summit registers.

Maps (Since Blogger does not let me upload this file at full size, email me at eric.jsc@gmail.com for a full sized version of this map)