back to Arduous Argus
home page

November 26, 2015
Shortly after 10:30 on a Thursday morning, we heaved our 60lb packs onto our backs and began the slow trudge up a 6 mile dirt road which would take us up into Bendire Canyon and to the base of Parrot Point's direct east ridge. Our goal for today was a place which I had dubbed "Bendire Flats," which was the first relatively flat section on the direct east ridge at ~7,000 ft. With our late start and pack weights, it seemed unlikely we were going to make it much further than that. From the start (1,750 ft), we could clearly see Bendire Flats, located roughly 7 linear miles to the west.

Our 60lb packs were the result of having to carry all the water that we would be using on the traverse (3 days worth). Both of us carried three gallons plus a liter or two. We had initially hoped for there to be snow on the ridge above 7,000 ft which could be melted for water, but upon gaining a visual of the range, saw no sign of snow. Even though there were likely to be small patches of it in shaded areas not visible from our distance, we didn't want to chance it.

the start at Nadeau Rd 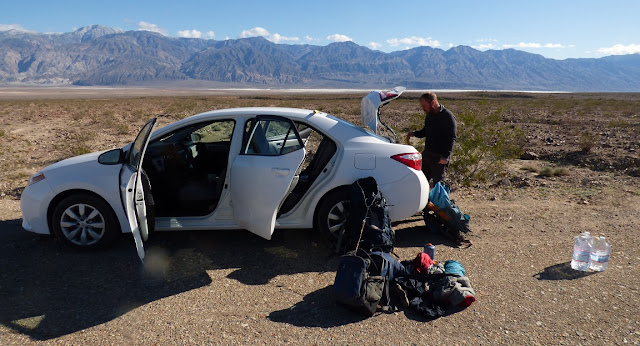 Hours dragged by as we approached the base of the mountains, ever so slowly. Behind us, the Panamint Mountains dominated the eastern horizon, with its highest peaks poking into clouds. At around 1:30pm we entered Bendire Canyon. The sun had already dropped behind the mountains, and we gazed up at the several dark and serrated canyon walls rising over 1,000 ft above us. 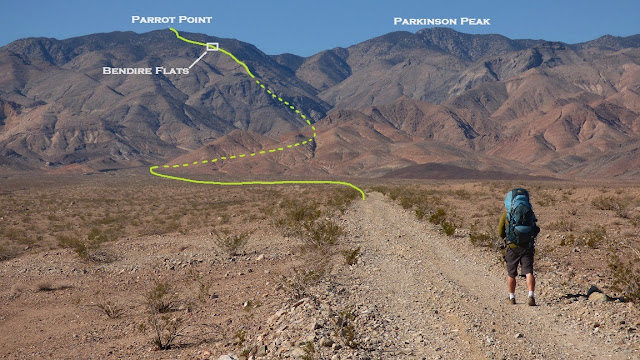 Panamint Mountains behind us 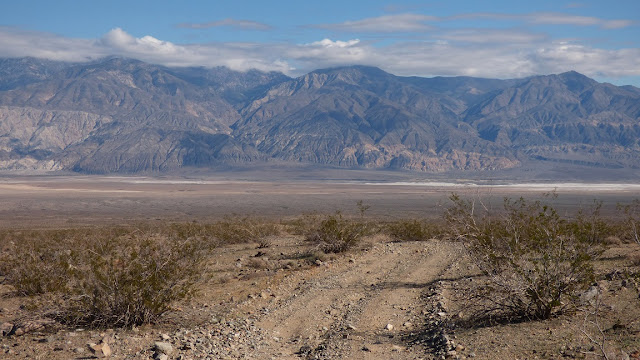 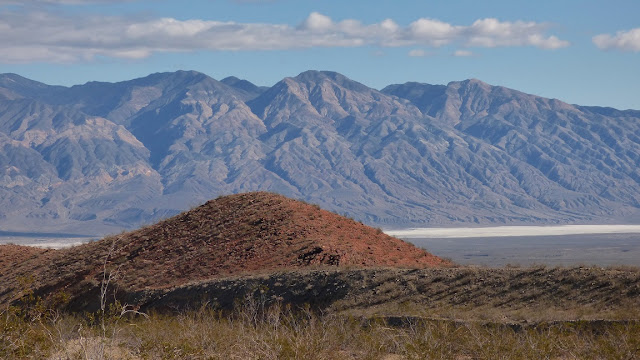 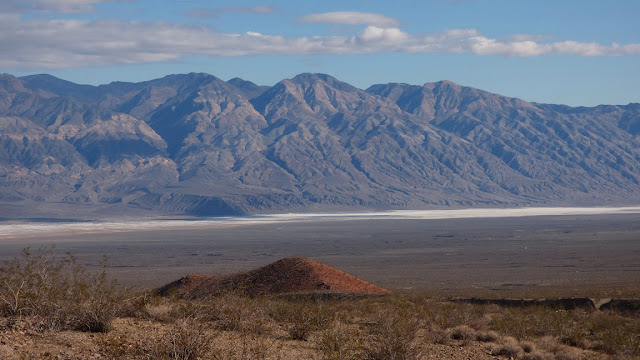 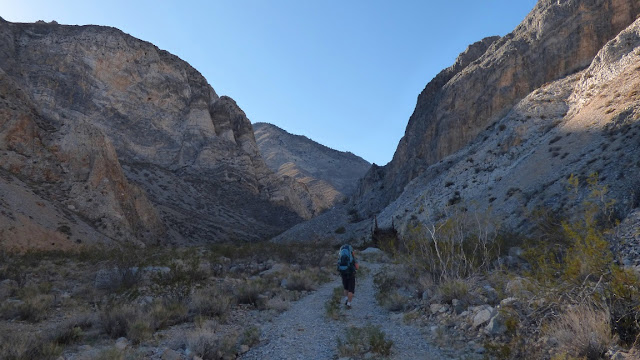 At last, the direct east ridge came into view. We left the road as it made a hard right into an adjacent canyon, and aimed for the toe of the ridge. 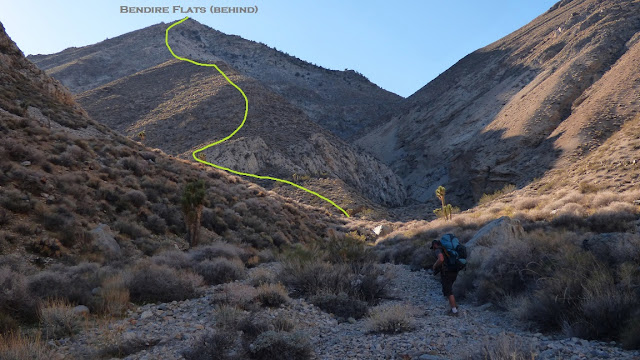 Right from the start, the ridge was unrelenting. It rose around 2,600 ft in 1 mile between the toe and Bendire Flats. Our backs groaned under the packs as we took short, slow, jerky steps, forcing ourselves up, occasionally slipping on some scree. At ~5,200 ft, the views to the east began opening up, and I began appreciating it more. Between ~5,800-6,500 ft, the terrain turned into a screeish mush. It was pretty standard for most long desert ridges to have a section of this type of terrain, and we put our heads down and trudged through it. Small scraggly pinion pines began appearing and would become more frequent as we proceeded up. Above 6,500 ft, the scree disappeared and we were met with the pleasant sand and granite. 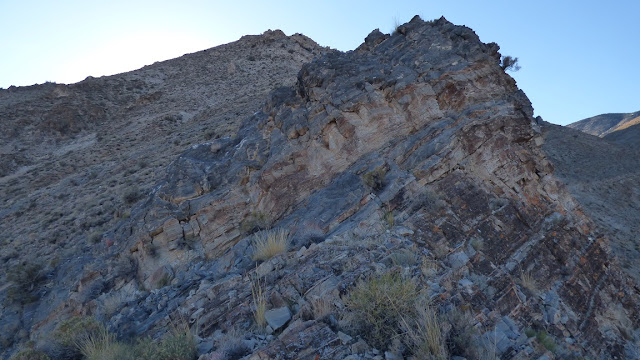 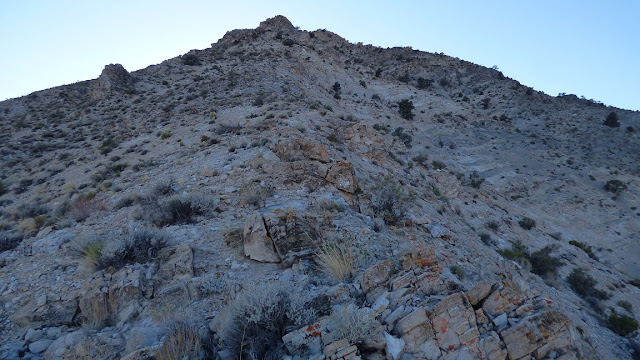 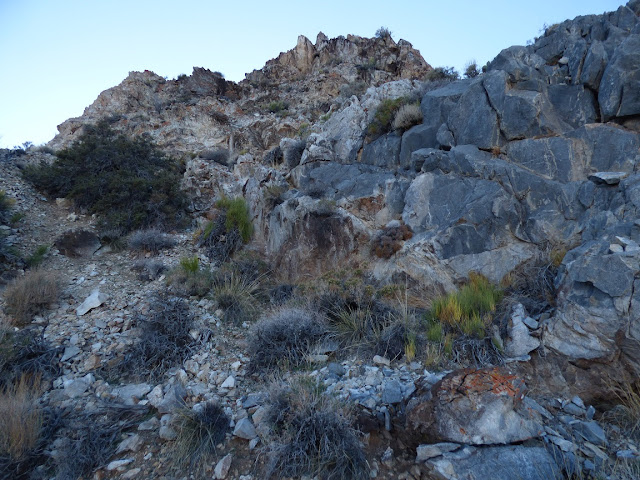 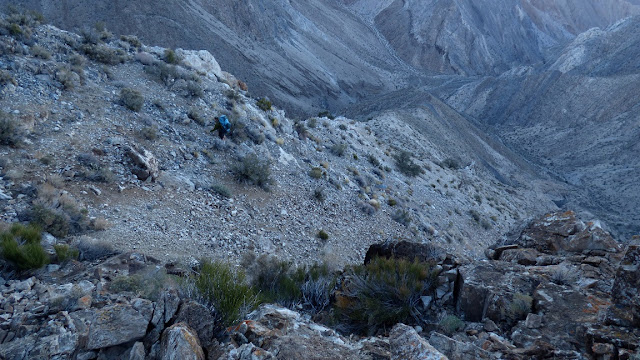 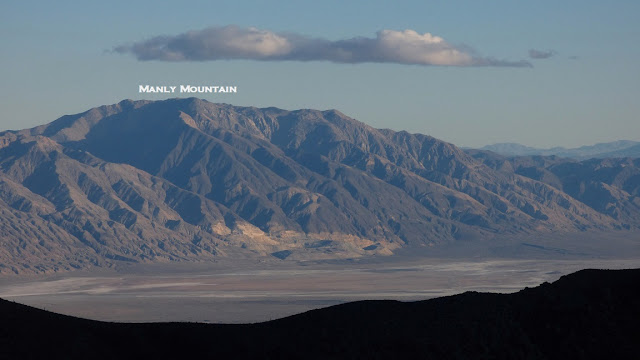 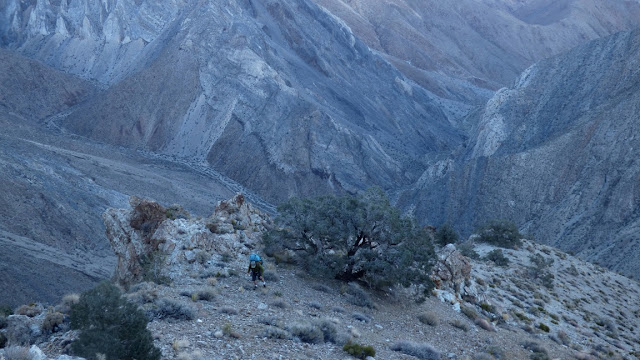 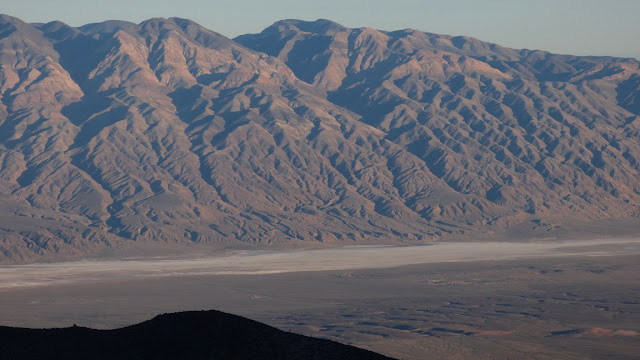 At around 4:20pm, the terrain began flattening out and we found ourselves at Bendire Flats. The sun had long since disappeared, except for a few lingering rays which were hitting the Panamint and Cottonwood Mountains to the east. We found a reasonably flat open area and got to work setting up camp. Throughout this, the mountains to the east were lit up in brilliant alpenglow. 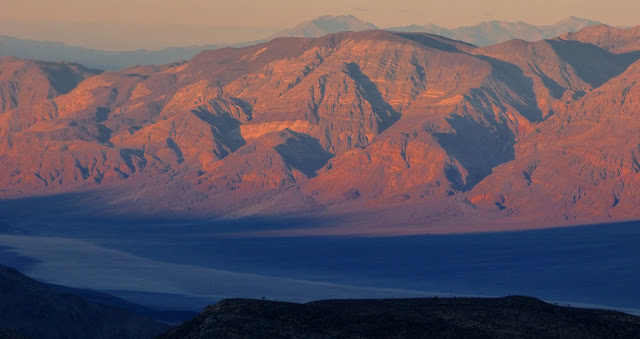 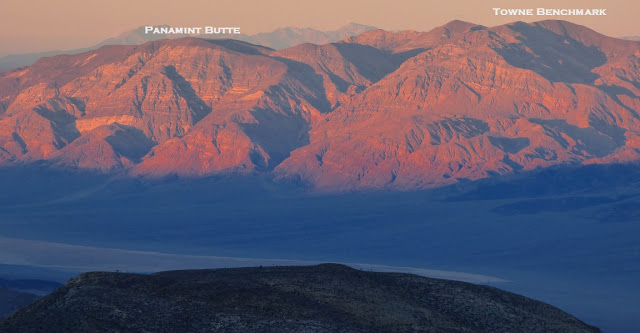 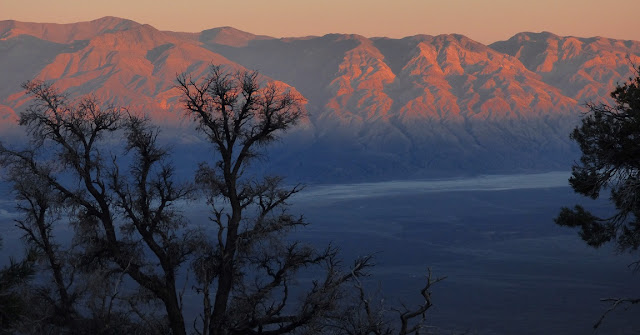 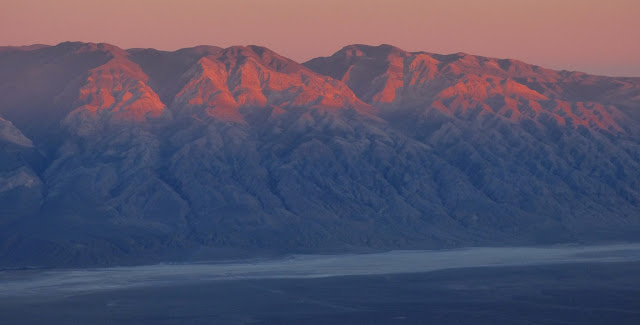 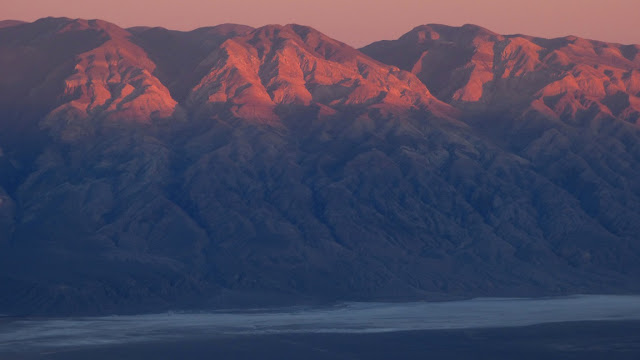 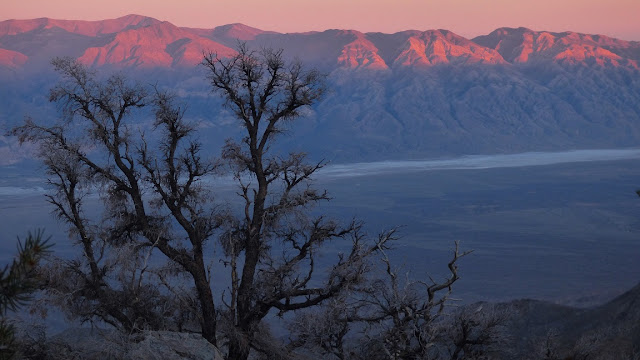 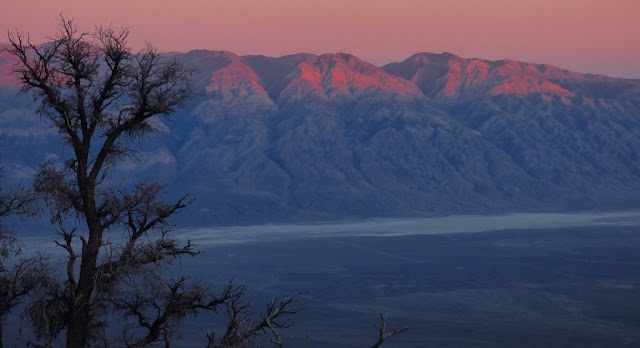 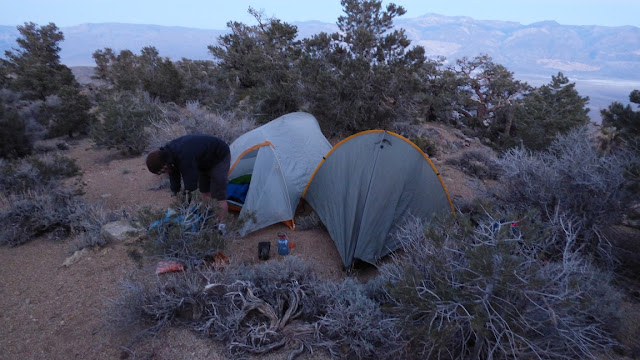 After cooking and eating dinner, we crawled into our tents and tried to sleep. It was 5:30pm and pitch black with temperatures in the mid to high 20s. I ended up falling asleep for two hours, then waking up and not being able to fall asleep again until after midnight. Ah, the long nights of November traverses.