October 18-19, 2014
On the northwestern side of the Ansel Adams Wilderness is a ~9.3-mile north-south-running ridge stretching from Madera peak to the south to Triple Divide Peak to the north. The ridge is basically a spur extending south from the Clark Range, a subrange of the Sierra Nevada located in Southern Yosemite. The 13 peaks which lay on this ridge looked to make up an interesting 2-day traverse which had no previously recorded ascents. We later dubbed it the "Fernandez Traverse" since many other areas surrounding the ridge seemed to contain the name (Fernandez Pass, Trailhead, Lakes, etc).

Mason and I planned to do this traverse over a weekend, starting from Norris Trailhead (7,500 ft) and traversing the ridge from south to north, starting with Madera Peak. After finishing up the ridge, we would descend to Slab Lakes and take a series of trails southward (see map for details) back to the trailhead.

Getting to the trailhead: From Bass Lake, travel 27 miles north on 5S07/Beasore Rd to a spot shortly after Bowler Group Campground. A sign marks the dirt road turnoff for Norris Trailhead, which branches off to the left. Travel 1.5 miles on this bumpy dirt road (2wd accessible) to Norris Trailhead.

The table below includes every peak (from south to north) on the Fernandez Traverse. Since most of the peaks are unnamed, I have dubbed names for them which are mostly derived from the names of nearby features (especially lakes). These dubbed names are in quotes. Peaks without quotes are either officially named by the USGS or were found named by previous parties who had written them in summit registers.

Map (Since Blogger does not let me upload these files at full size, email me at eric.jsc@gmail.com for a full sized version of this map) 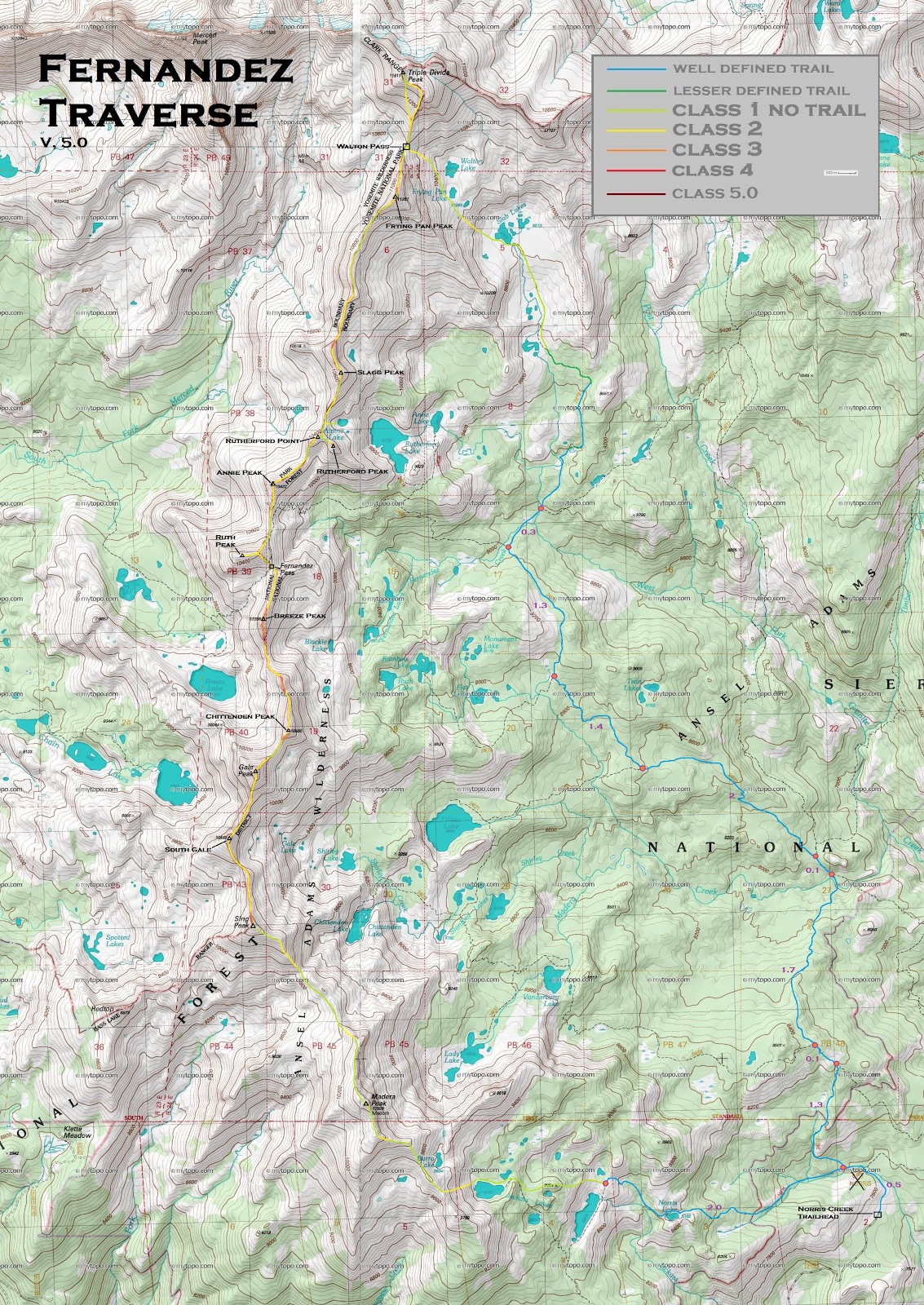