December 28, 2016
Muth and Barona are two local highpoints in San Diego county just west of Barona Valley and north of Muth Valley. Tagging these two peaks together made a nice afternoon jog with some bushwhacking, totaling a little over 6 miles (see map).

I started at 3pm from the southernmost of several large parking lots around Barona Casino, heading west to cross Barona Rd and then onto an unnamed paved road bordering the westernmost side of the casino development and nearby golf course. The sides of this unnamed road were lined with a few scattered residences. After about half a mile of walking north on this road, I took a side trail which branched off southwest following a small gully. This side trail quickly intersected a more defined dirt road which I turned left on, bringing me around the east and south sides of Muth Peak.

Muth Peak from the east 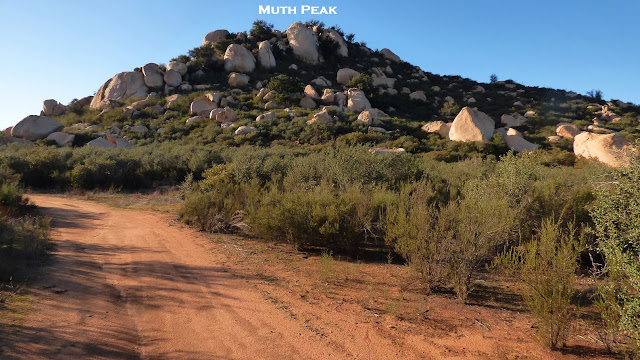 Before climbing Muth Peak, I followed this road further to its end, roughly half a mile past Muth Peak in order to check out a view of San Vicente Reservoir which had caught my eye while browsing satellite images of the area. As the road reached to edge of the plateau I had been on, the land to the west suddenly dropped over a thousand feet to San Vicente. The ensuing view did not disappoint. 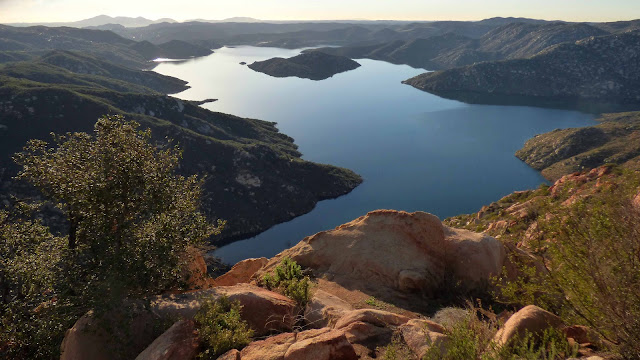 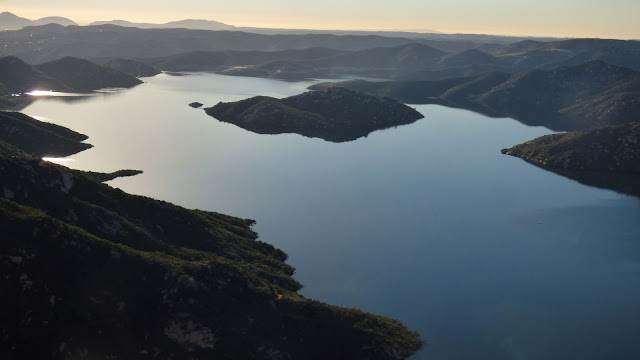 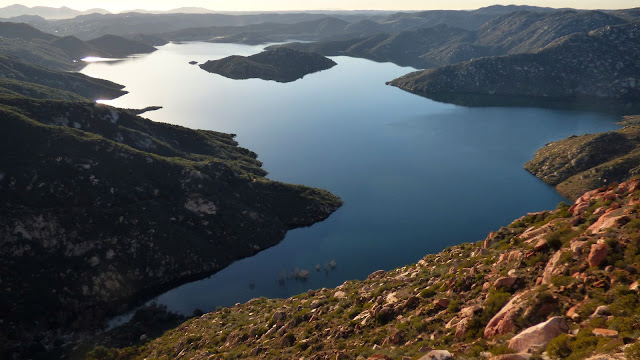 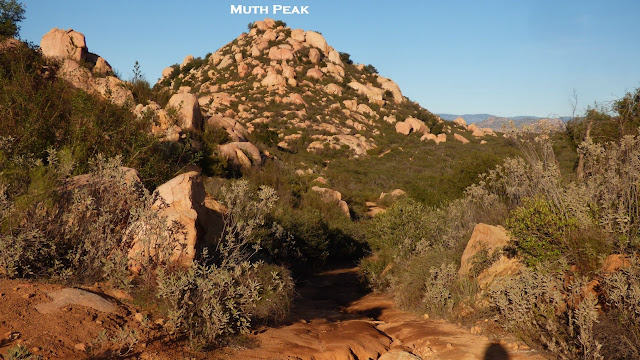 I decided to ascend Muth via its southwest ridge which involved a good deal of bushwhacking. The highpoint consisted of several large granite boulders stacked on top of one another, and was surmounted with a few class 3 moves. 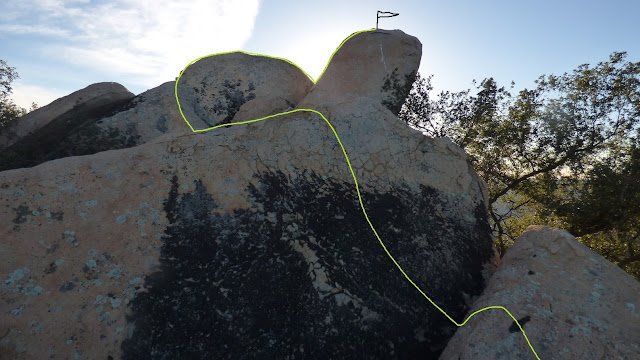 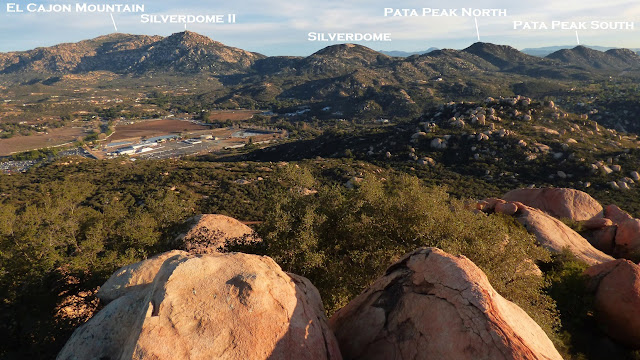 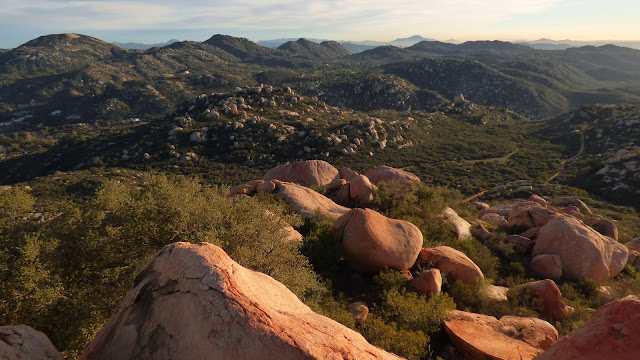 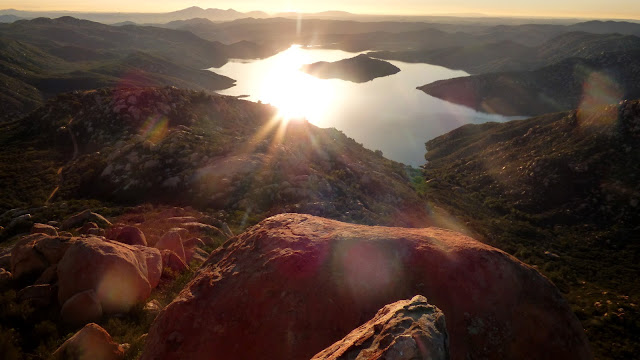 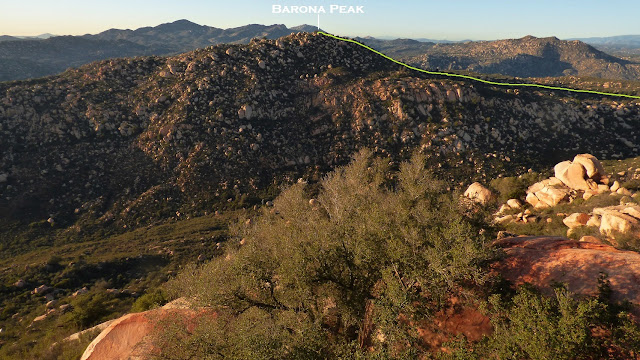 To the northwest lay Barona Peak, looking just as brushy as Muth. With roughly 40 minutes of daylight left, I wondered if I could reach it before sunset. I descended the northeast ridge of Muth, which was initially bushwhacky before intersecting a series of dilapidated use-trails which soon intersected a dirt road that I jogged on for 0.7 miles to the northeast side of Barona. From there I picked up a faint very old jeep trail which initially headed towards the peak, but then petered out. The last 0.4 miles to the peak were spent in moderate bushwhack conditions which were not as bad as those on Muth. The sun was right about to set as I hit the flat part of the summit area, noticing an obvious summit block a few hundred feet south. 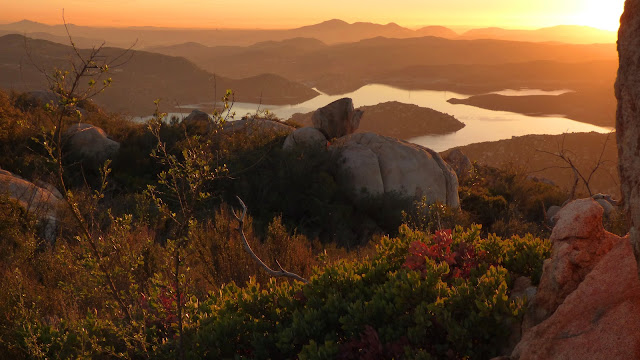 I walked around the summit block, finally deciding the best way up was from its south side. A single class 5 pull-up brought me to the top of a lower southern block where it was some easy friction to the highpoint. 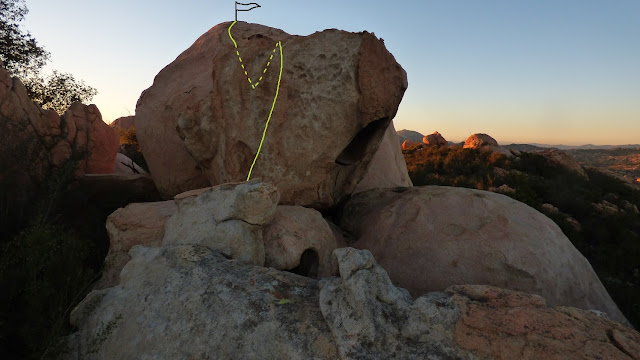 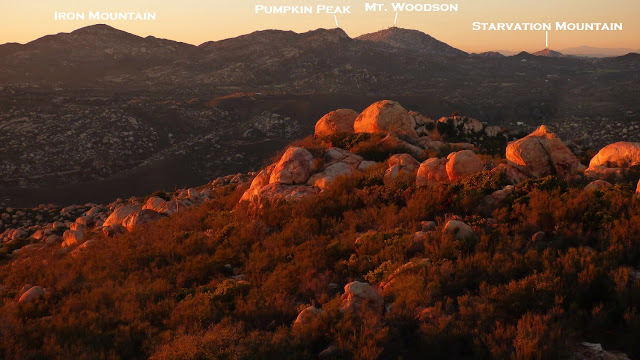 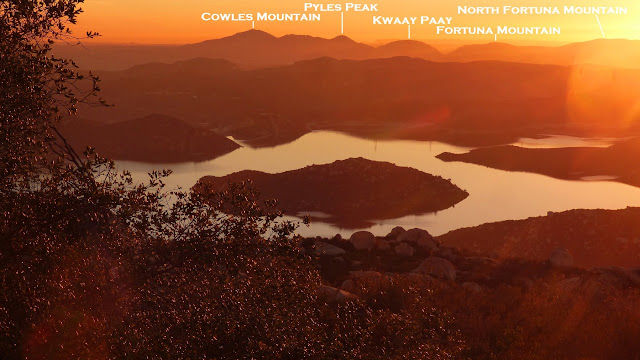 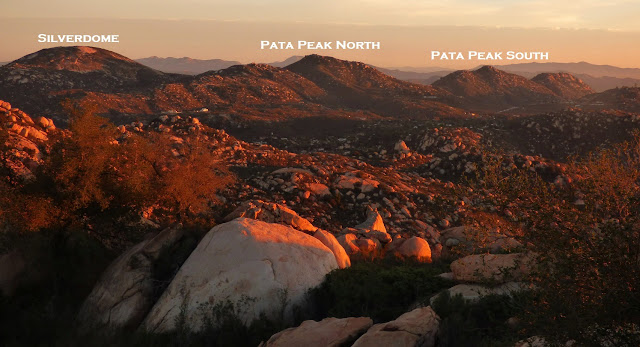 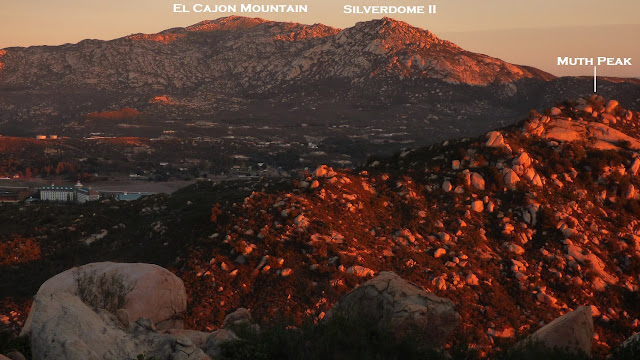 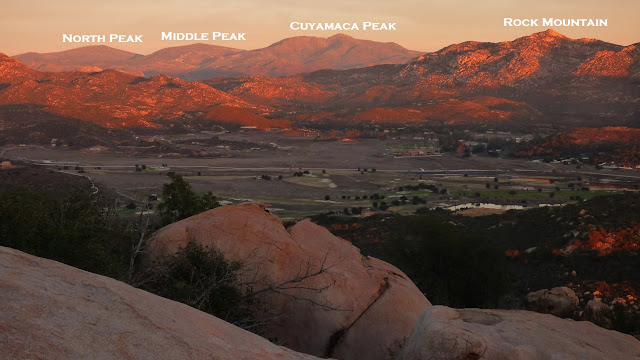 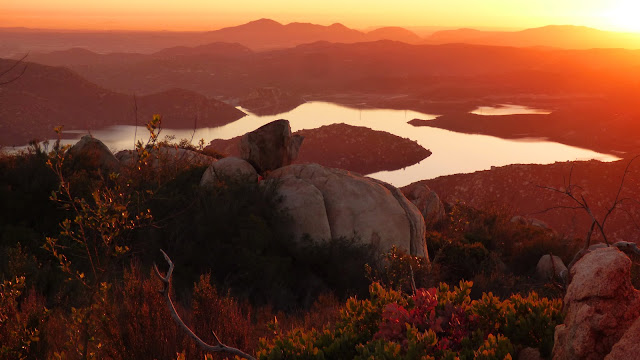 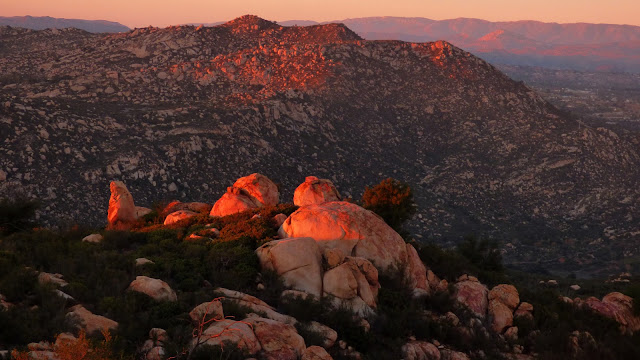 To get back down Barona Peak, I roughly retraced my steps back to the dirt road, finishing the last of the bushwhacking with usable light remaining. It was getting dark fast, but I was close enough to the casino to not have to jog before daylight completely ran out. I followed a series of dirt roads and trails south and back to the initial paved road, arriving back at roughly 5:45pm. 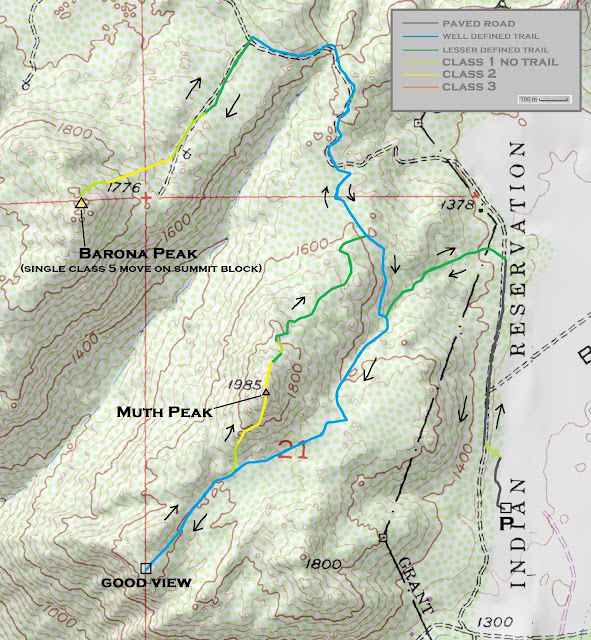 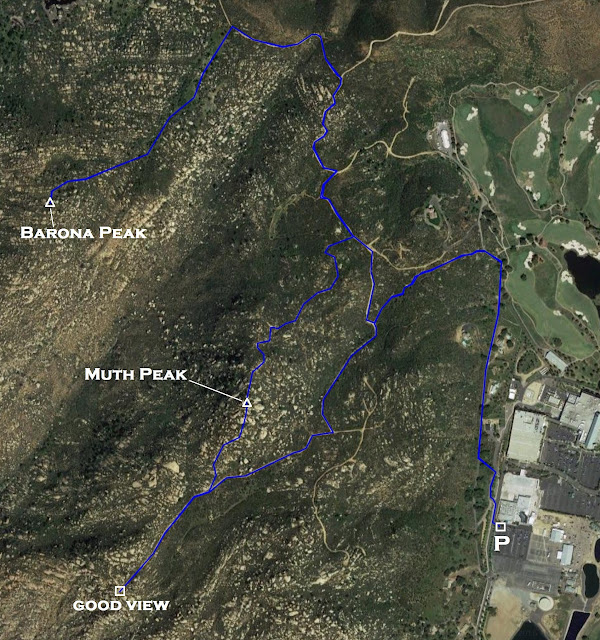