back to day 2
home page

June 18, 2015
We woke up at around dawn, and started hiking west along the ridge within 10 minutes of wakeup time. We only brought a camera and Jacket each, having left the tents and packs back at camp since we would be coming back to Lobe Pass. From Camp, we made a beeline for Peagreen Peak. The ascent of Peagreen was an uneventful sandy class 1-2 slog. We made it to the summit right around sunrise. 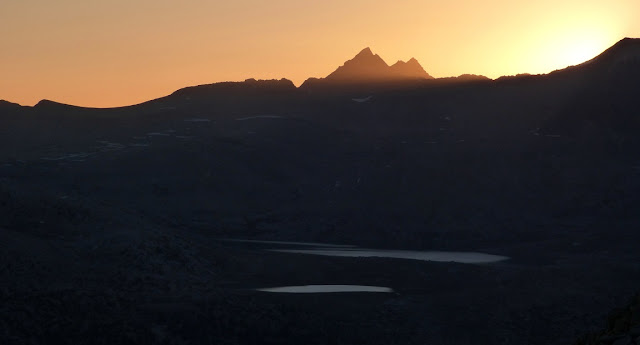 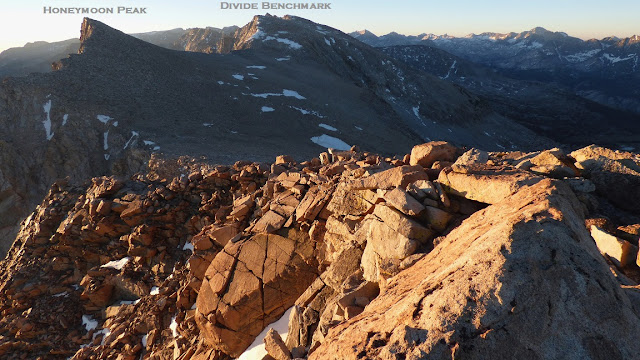 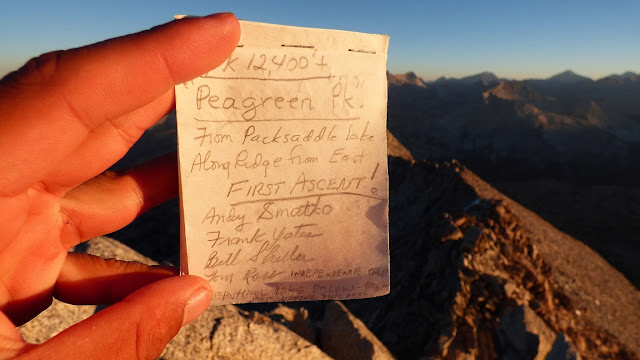 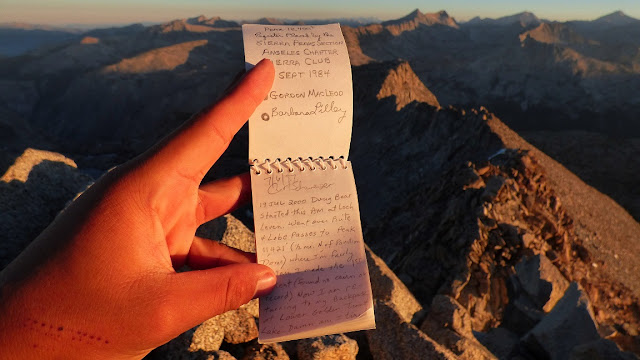 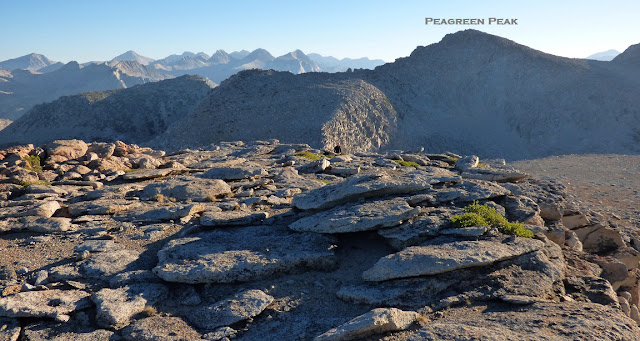 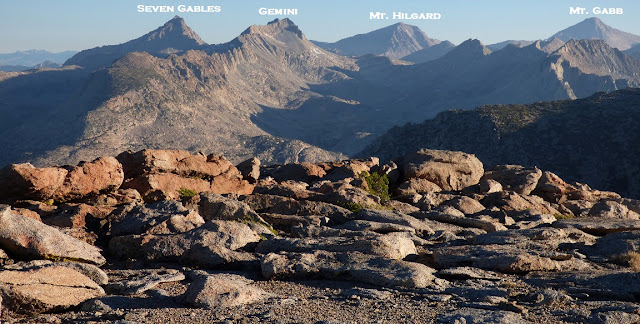 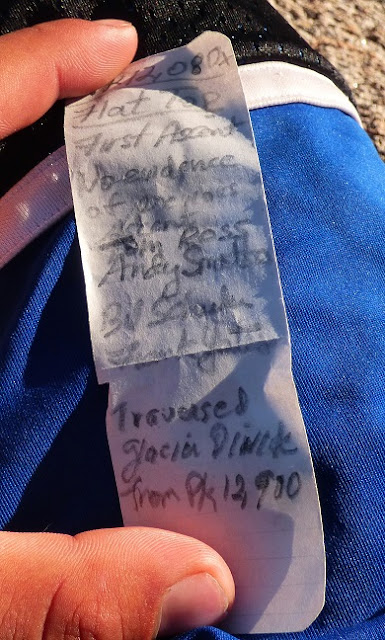 Flat Top and Pavilion Dome were separated by a long flat sandy section of ridge. As we approached Pavilion, we began dropping elevation and up came the low thickets of whitebark pines. There was a short section of bushwhacking just east of the lowpoint between Flat Top and Pavilion, then it was a straightforward walk to Pavilion. As we ascended, the views into Goddard and Paiute canyons opened up and were a very stunning sight. 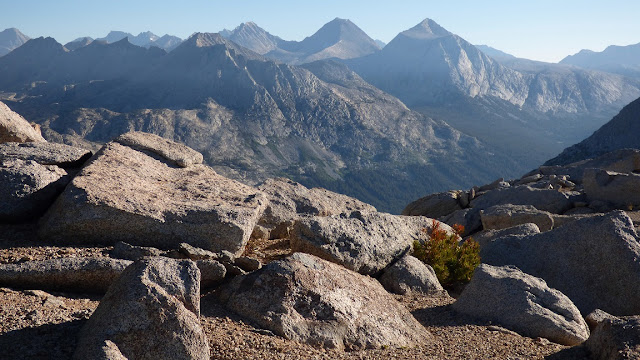 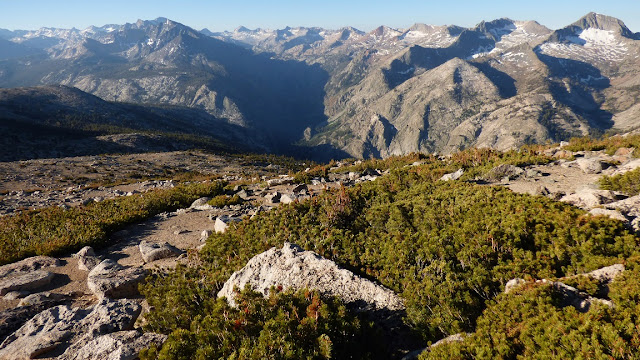 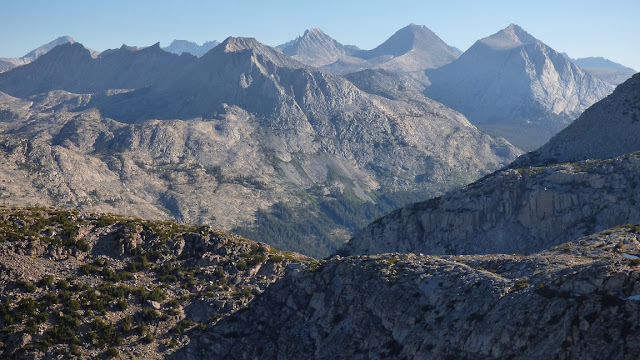 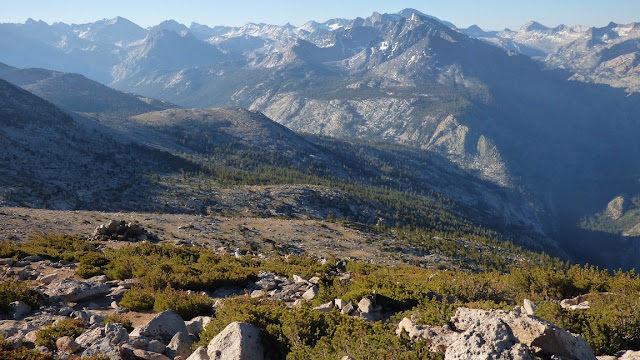 We enjoyed the views from the summit for about 15 minutes before retracing our steps back to camp. This was the hard part. After leaving the cool breeze and good views, all we had were the sun and barren slopes. It was a simple one foot in front of the other, nothing technical. I repeatedly scanned eastward as Lobe Pass gradually crept closer. 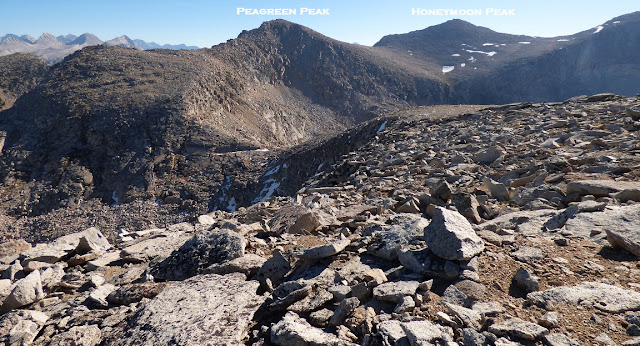 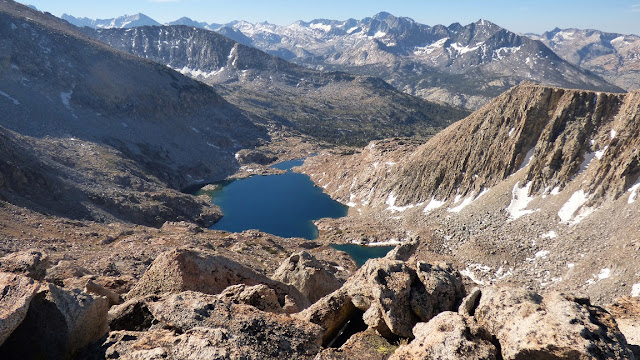 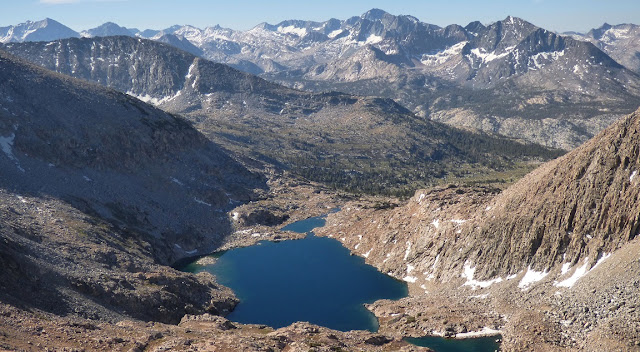 Since descending directly from the lowpoint of Lobe Pass would involve class 5 terrain, we headed up towards Honeymoon Peak for roughly 200 ft of distance before dropping down to the northeast. For the first hundred feet or so, we downclimbed on solid class 3 rock. After that, the terrain quickly turned into sandy steep class 2. As we arrived at the moraine below, we hit the expected tedious rock hopping which would last for another 30 minutes. As we neared Lobe Lakes, the moraine ended and was replaced by nice grassy slopes. For the first time since we began the traverse, we were hit with a tirade of mosquitoes as we dropped below treeline. 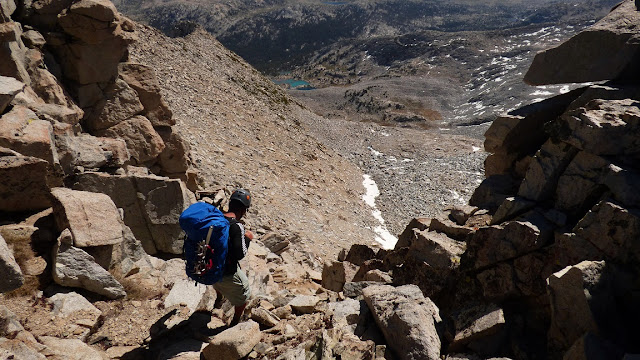 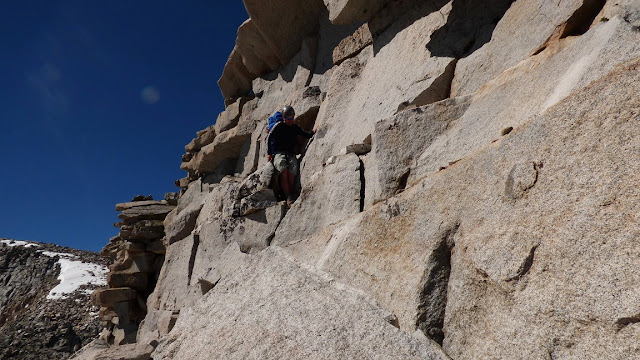 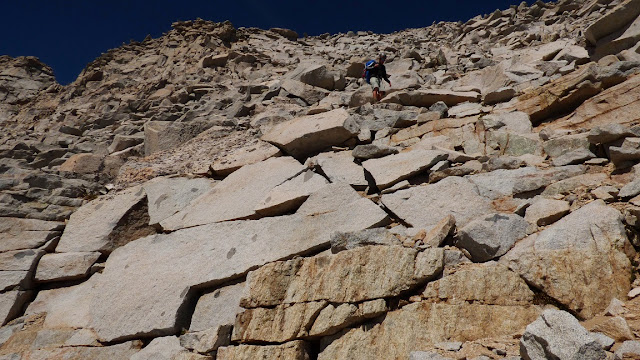 looking back up at Lobe Pass 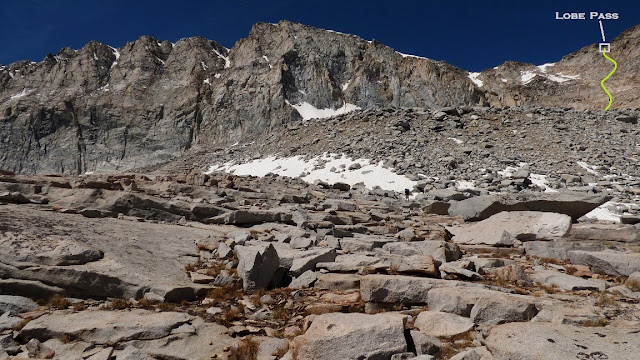 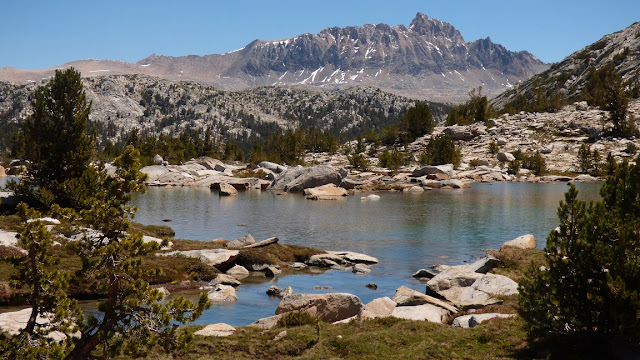 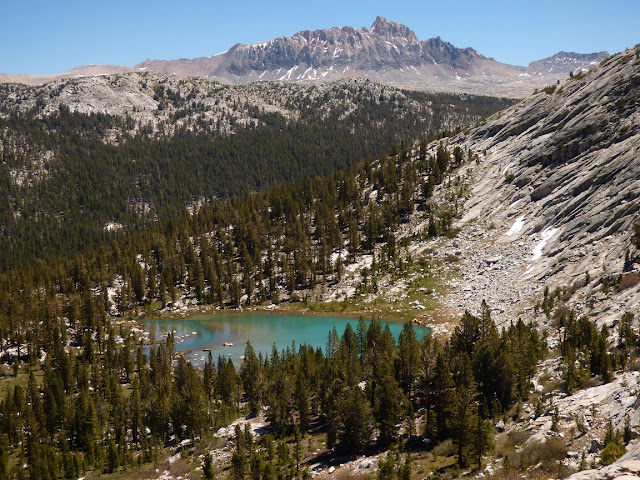 Below Lobe Lakes, we continued northeast through the forest, dropping elevation steadily. Soon we found ourselves standing on the southern side of Paiute Creek. We bushwhacked around for 10 minutes trying to find an ideal crossing spot, but then gave up and just plunged through the water with our boots on. Once on the other side of the creek, we hiked up some slopes to the north for a short distance, and intersected the trail.

Now came the steady 9.6-mile march back to North Lake. As the trail steadily whizzed by, I put my brain on autopilot and zoned out, daydreaming about random things like music, hamburgers, and other big traverses. I was jubilated to have finally completed the Glacier Divide Traverse. 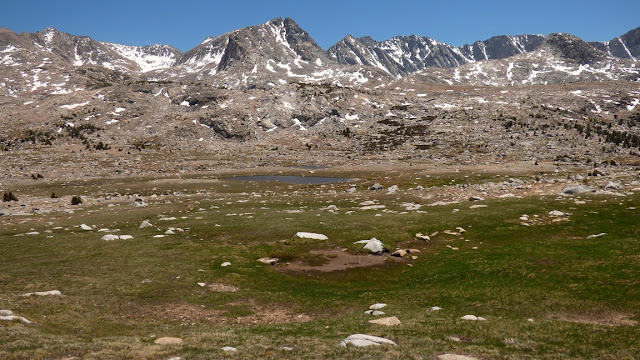 back to Glacier Divide Traverse