It was just before 6am at Twin Lakes Trailhead. An unusual number of people could be seen and heard walking around and chatting in the parking lot, preparing for the first of 10 days of the 2014 Sierra Challenge. The main objective today was Slide Mountain, a broad peak bearing over 900 ft of prominence which lay on the northwest side of Slide Canyon and a short distance south of Mule Pass. Slide Mountain gets its name from a enormous landslide located on its eastern side.


Getting to the trailhead: From Bridgeport, travel 13.5 mi on Twin Lakes Rd to the first parking lot in Annett's Mono Village, located on the west side of Upper Twin Lake.

At 6am, Bob called together the group and we started walking over through the maze of campgrounds west of Twin Lakes to the trailhead sign, where Bob and a reporter from the San Jose Mercury News snapped a group photo. Then we were off, heading up the trail which snaked up Robinson Creek Canyon. This was intended to be an easy warm up day, with the vast majority of the route on trails. It was a cool and still morning- one that reminded me of the morning of last year's Challenge. 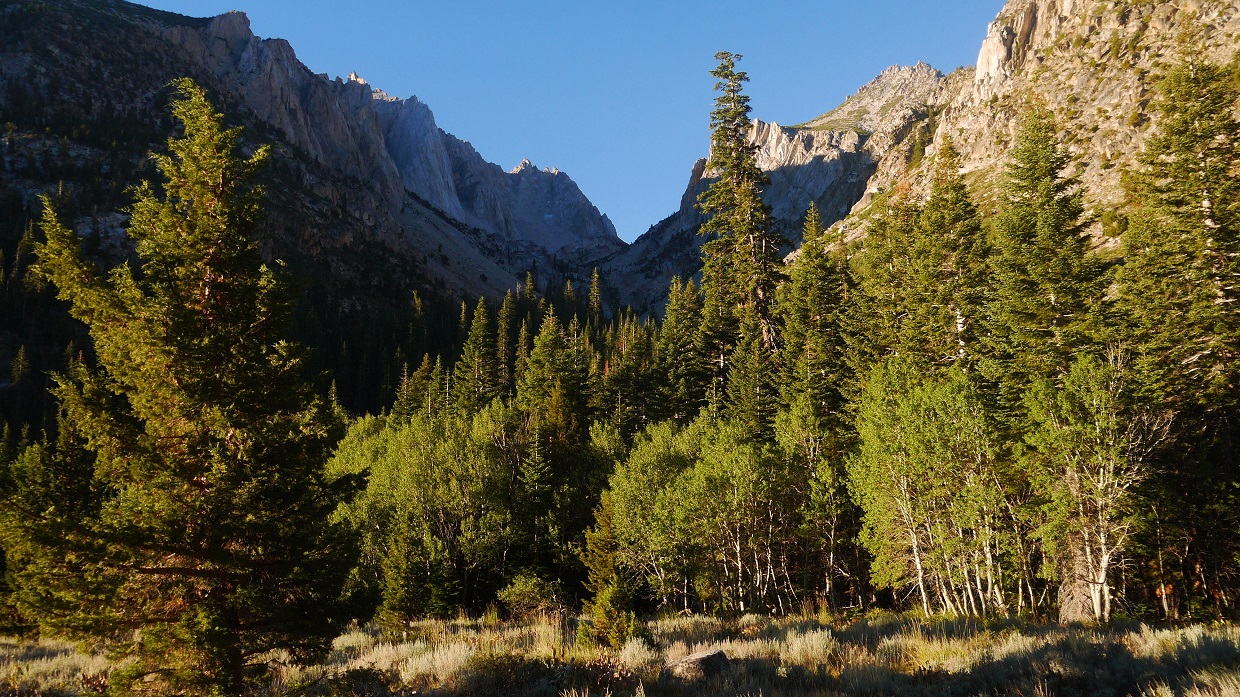 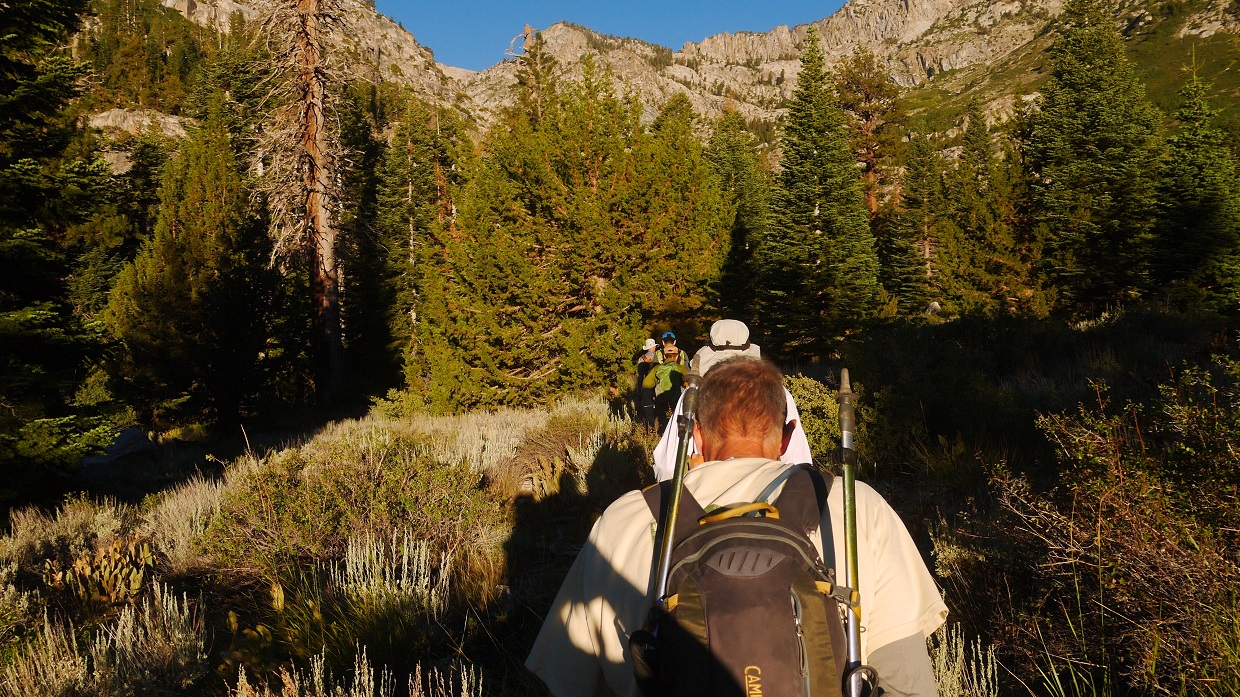 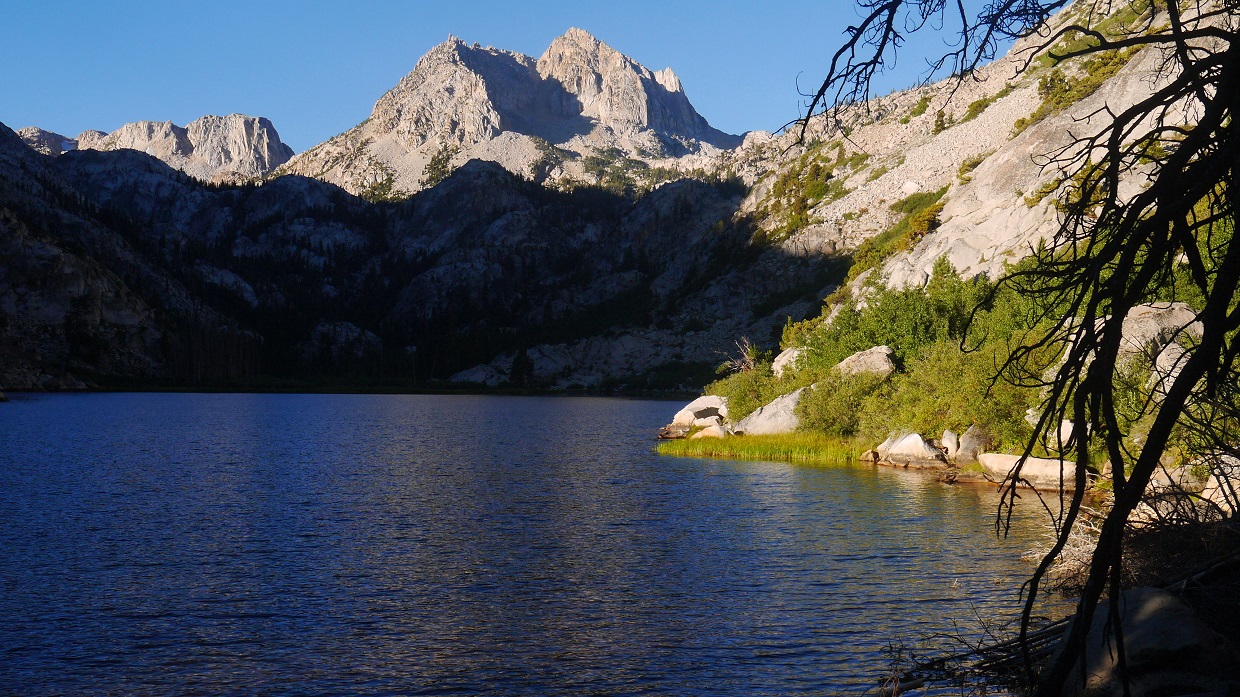 The trail was very well defined and easy to follow. We made sure to take left turns at two junctions: the first for Robinson Lakes and the second for Mule Pass. 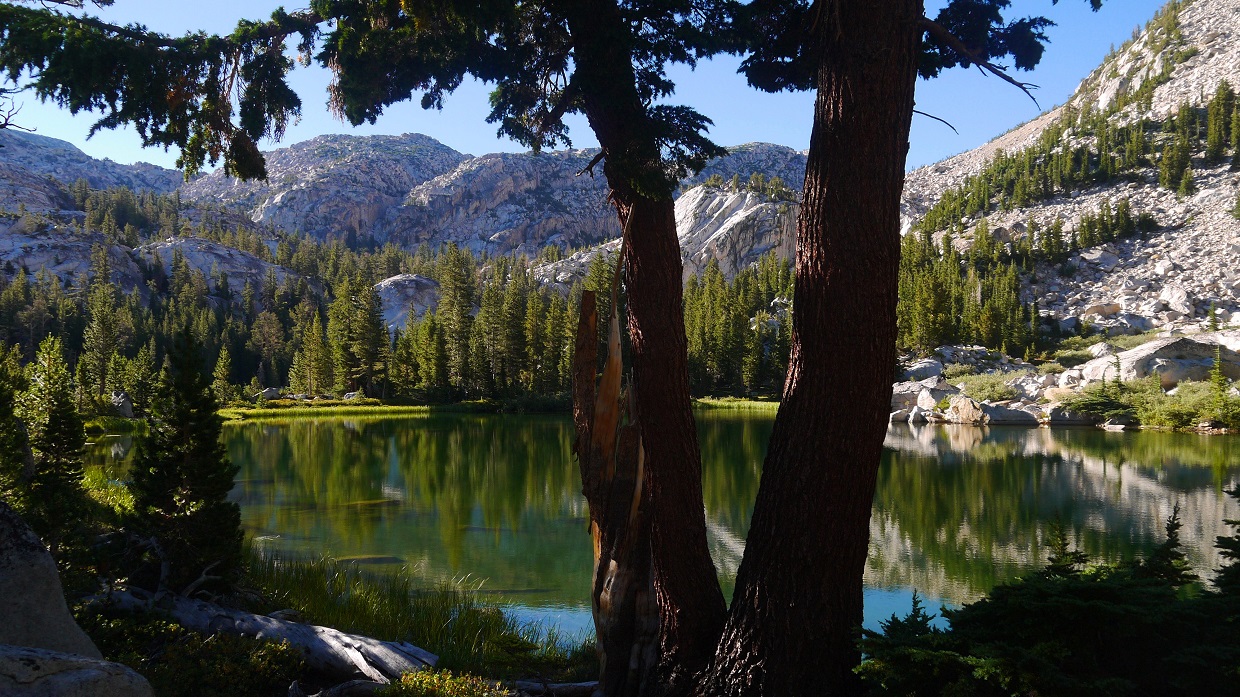 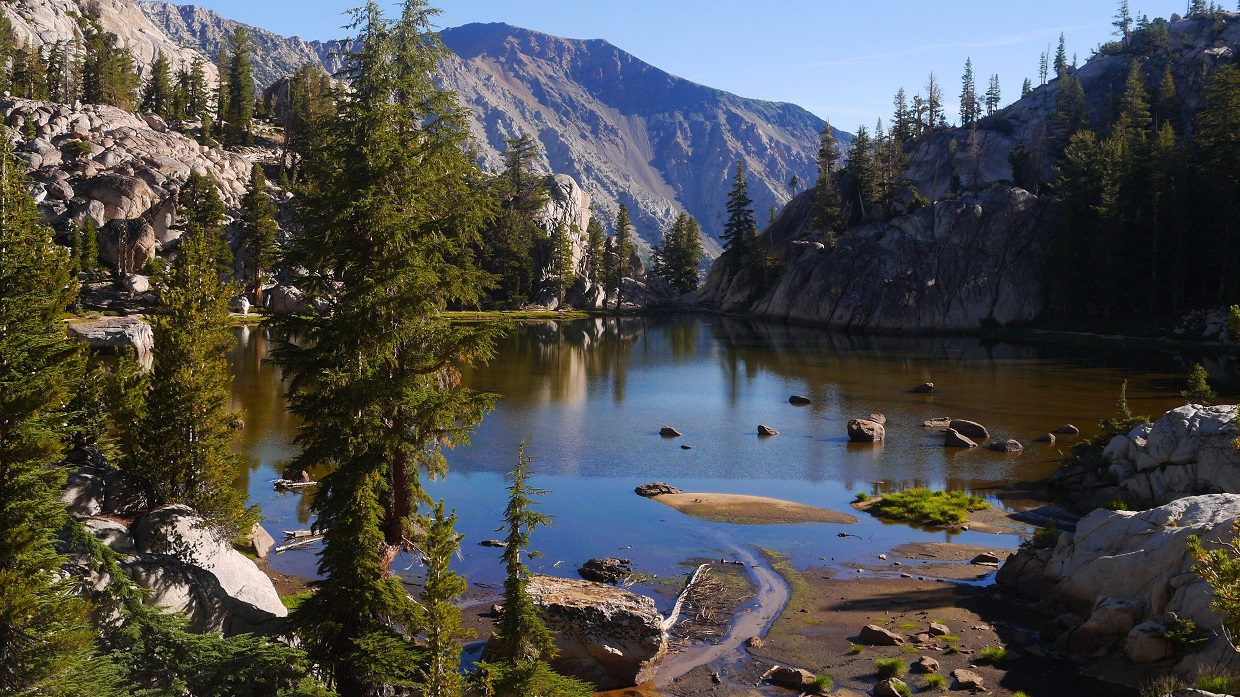 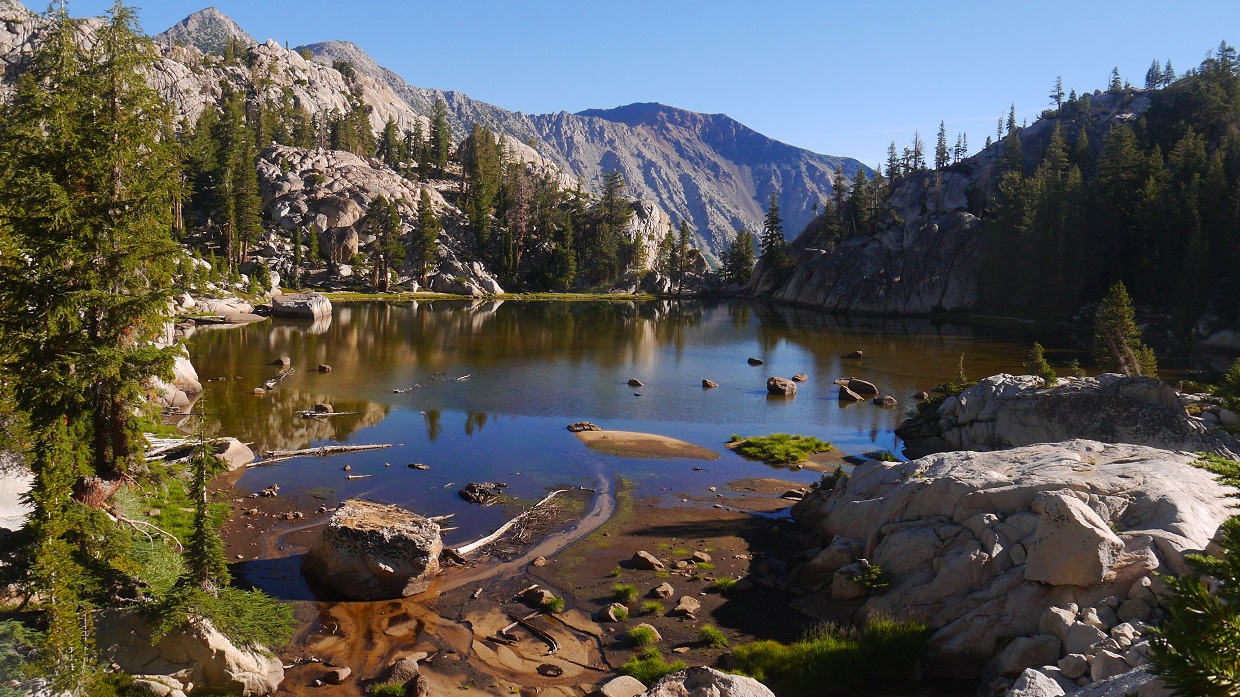 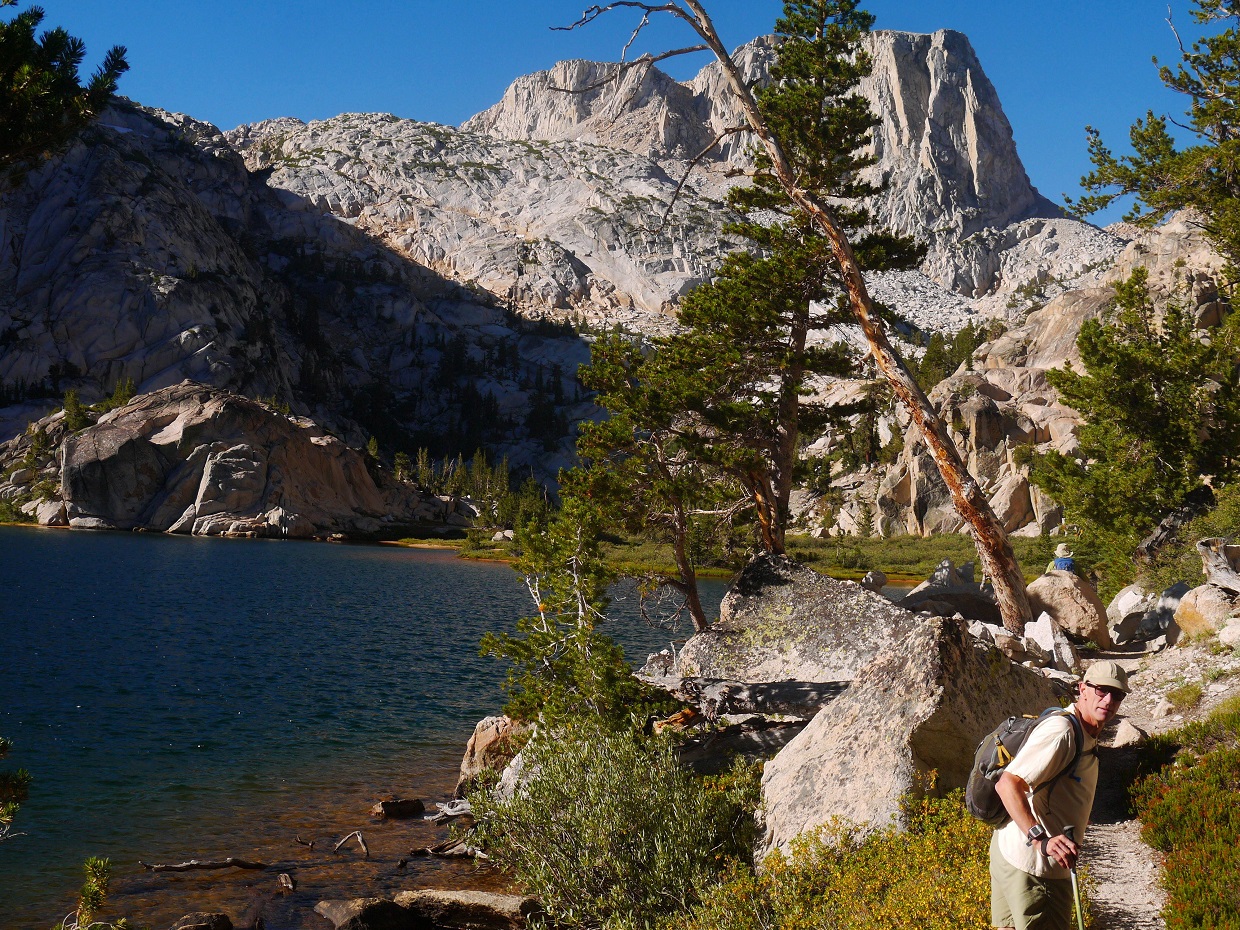 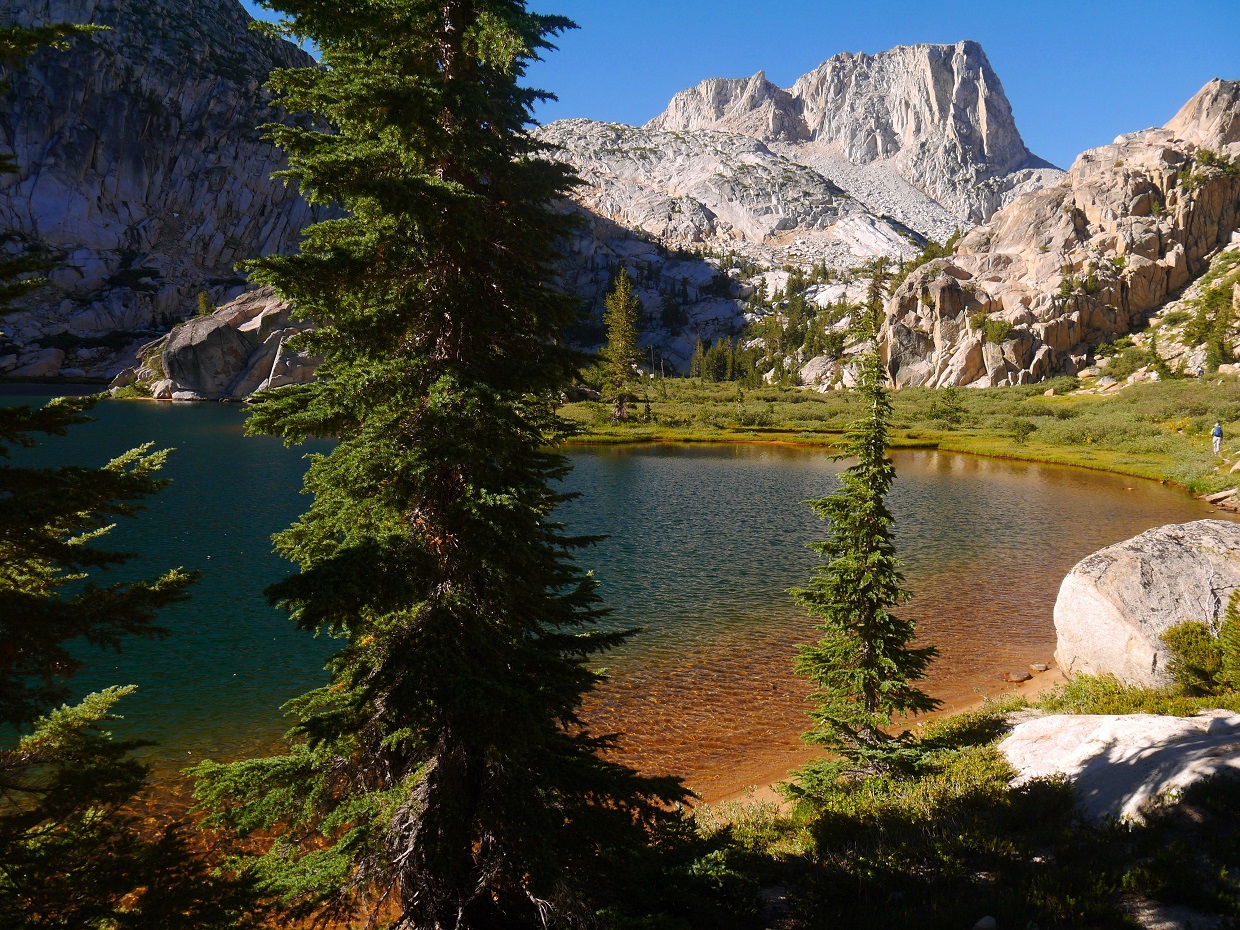 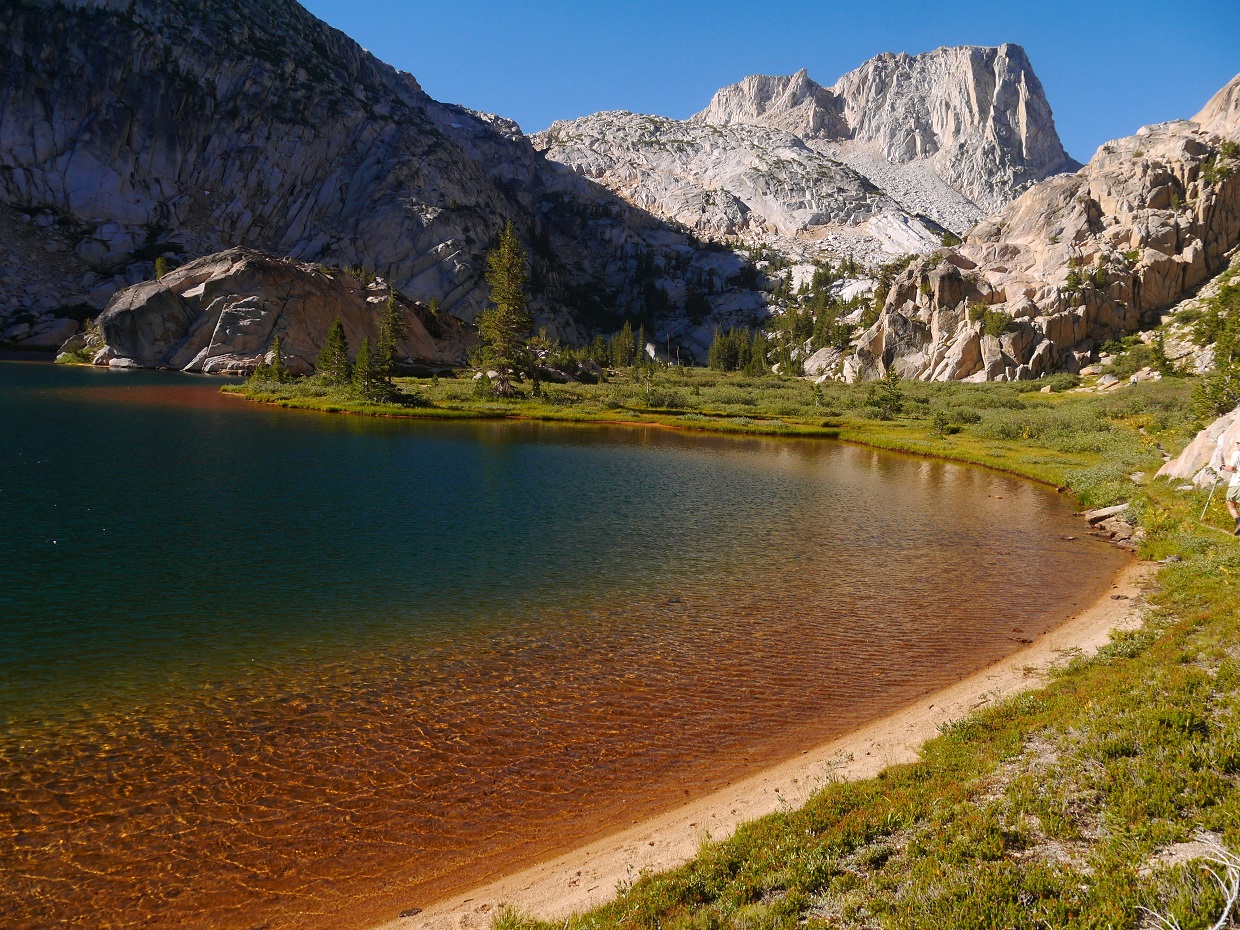 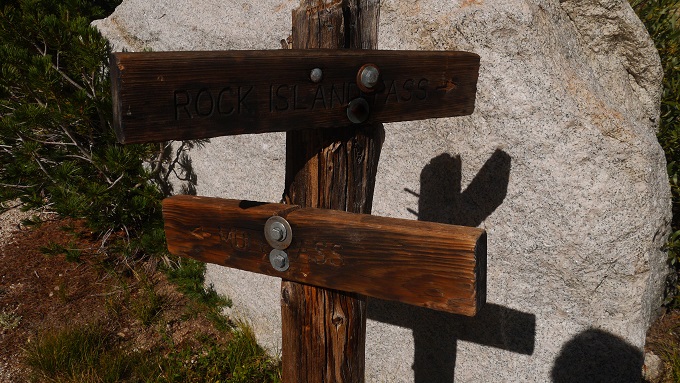 Shortly after taking the Mule Pass turnoff, a medium sized lake (10,345 ft) appeared to the left. The trail headed around the south side of the lake towards Mule Pass. We left the trail at the lake and continued up the drainage. Two distinct class 2 gullies could be seen to the south heading up towards Slide Mountain. 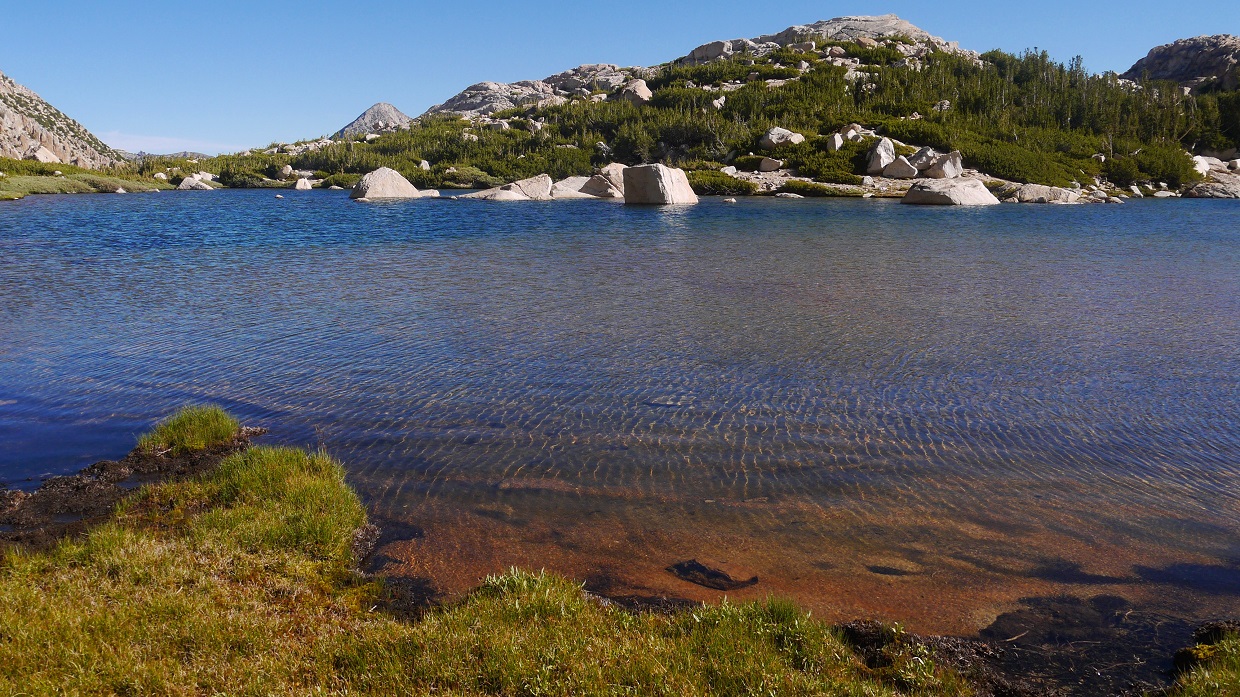 I ended up using the left gully as an ascent route and right gully as descent. 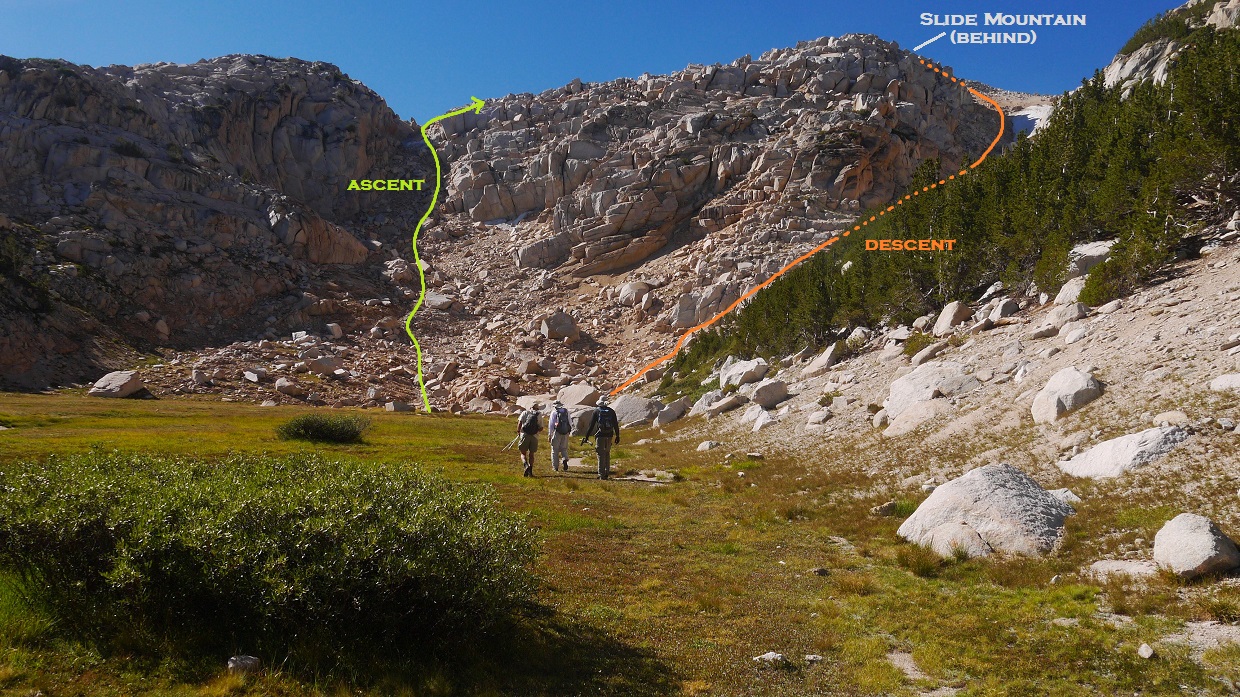 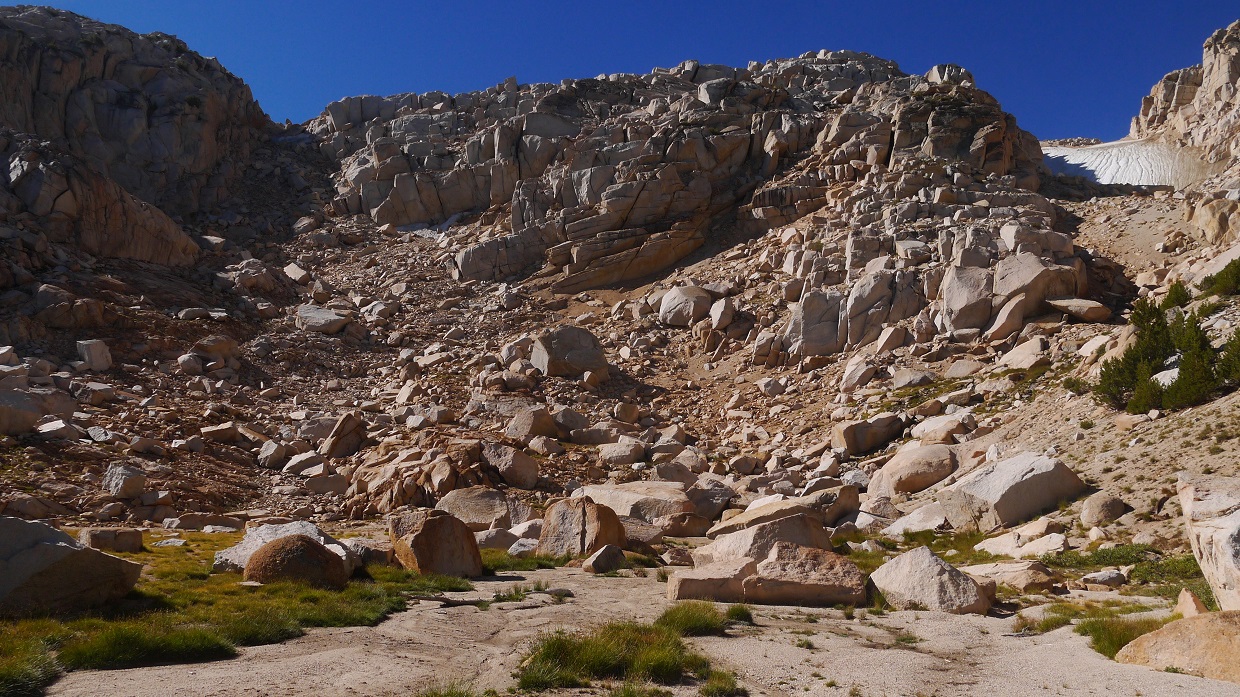 Bob and I headed up the left gully, which was loose and sandy but short. As the gully ended at a small saddle, we turned right and scrambled a short distance up to the summit. 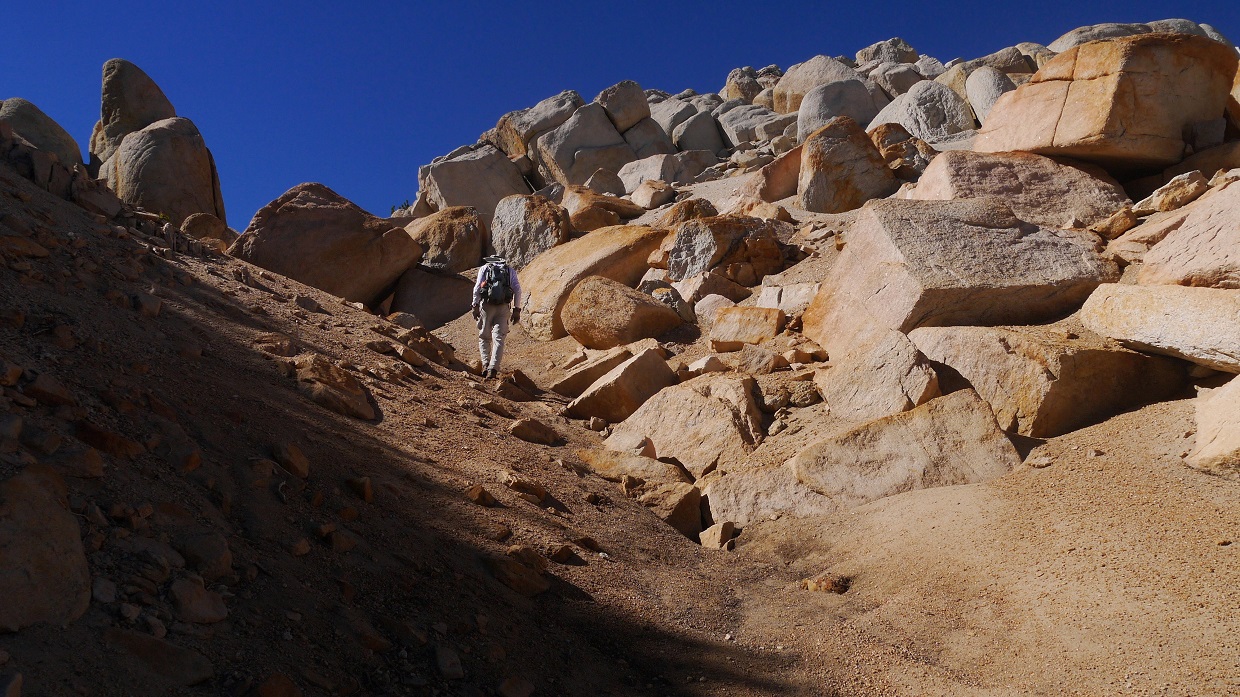 looking towards Slide from saddle 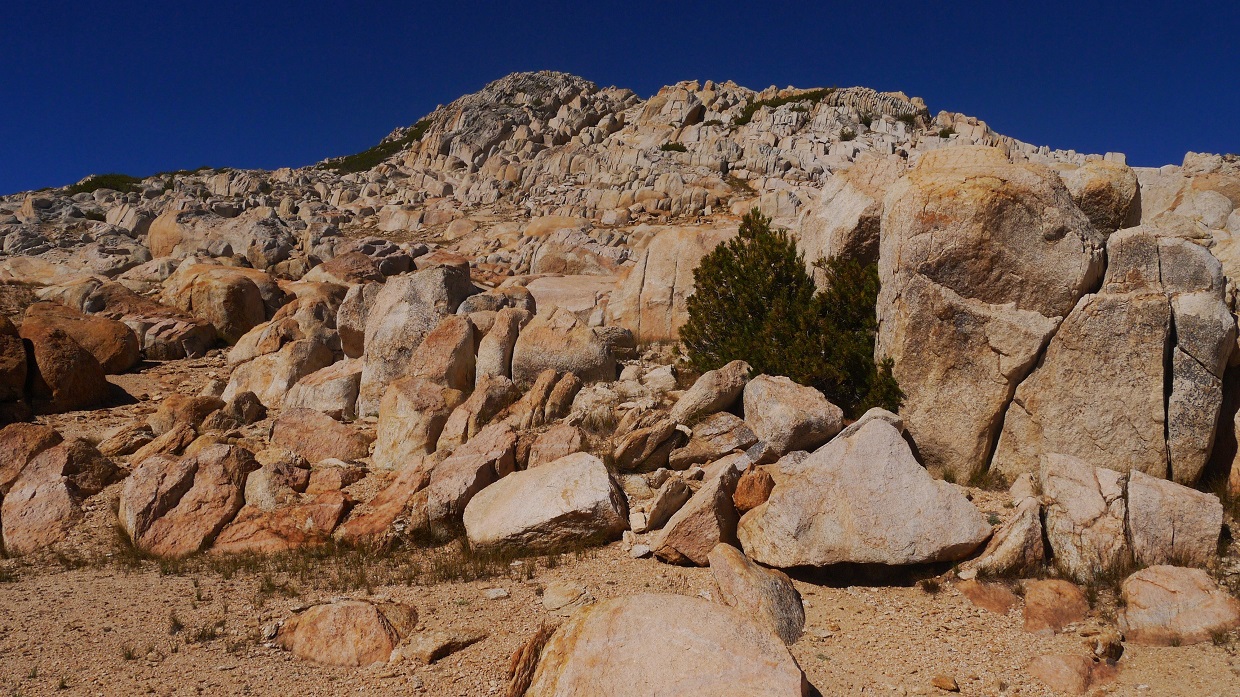 The first highpoint we hit turned out to be a false summit. The actual summit was located a short distance away to the southwest. We could already spot Greg in his bright red clothing standing on the summit block. The summit contained magnificent views towards Rock Island Lake and the Sawtooth Ridge. 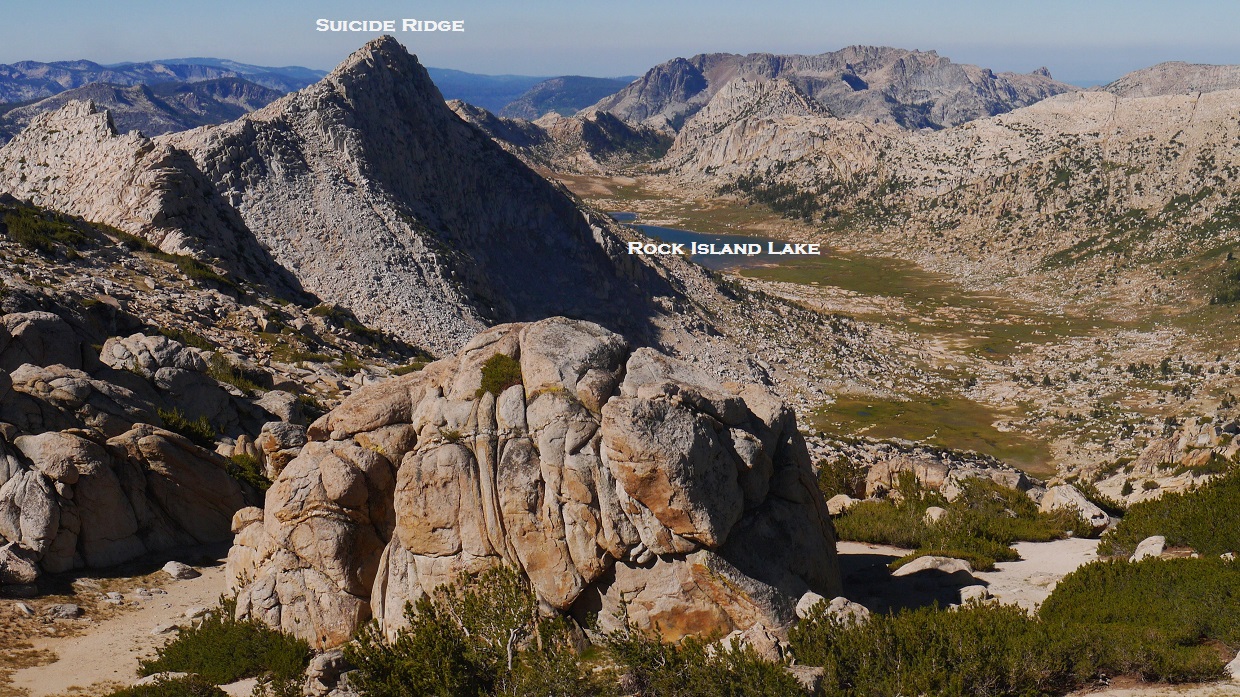 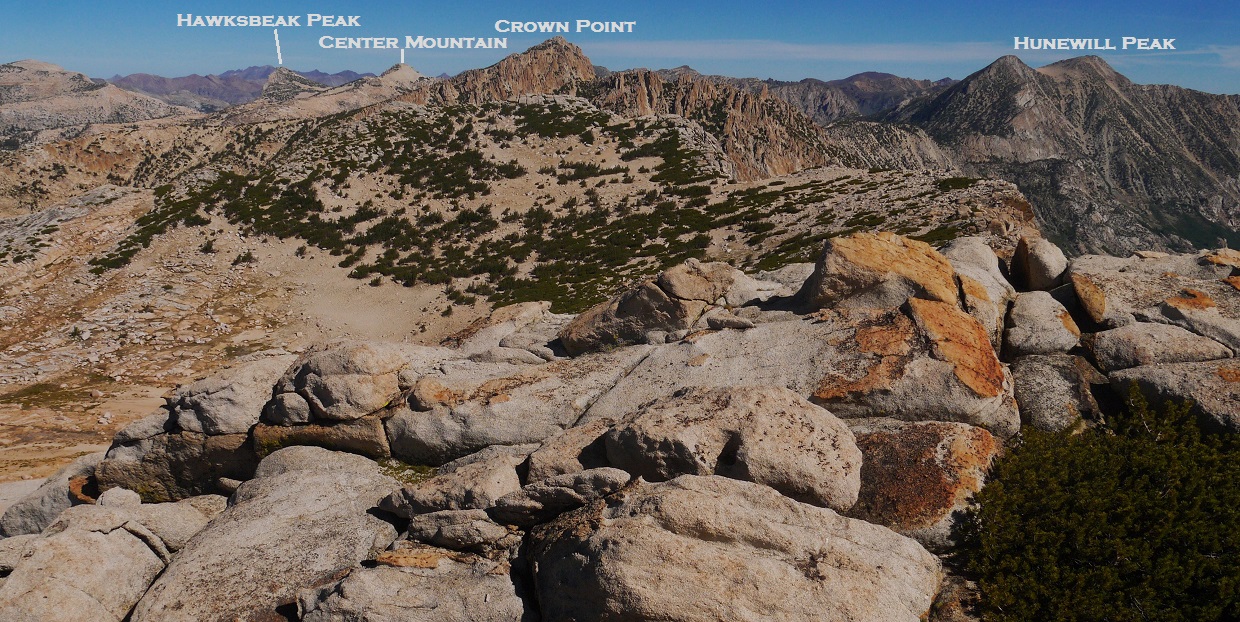 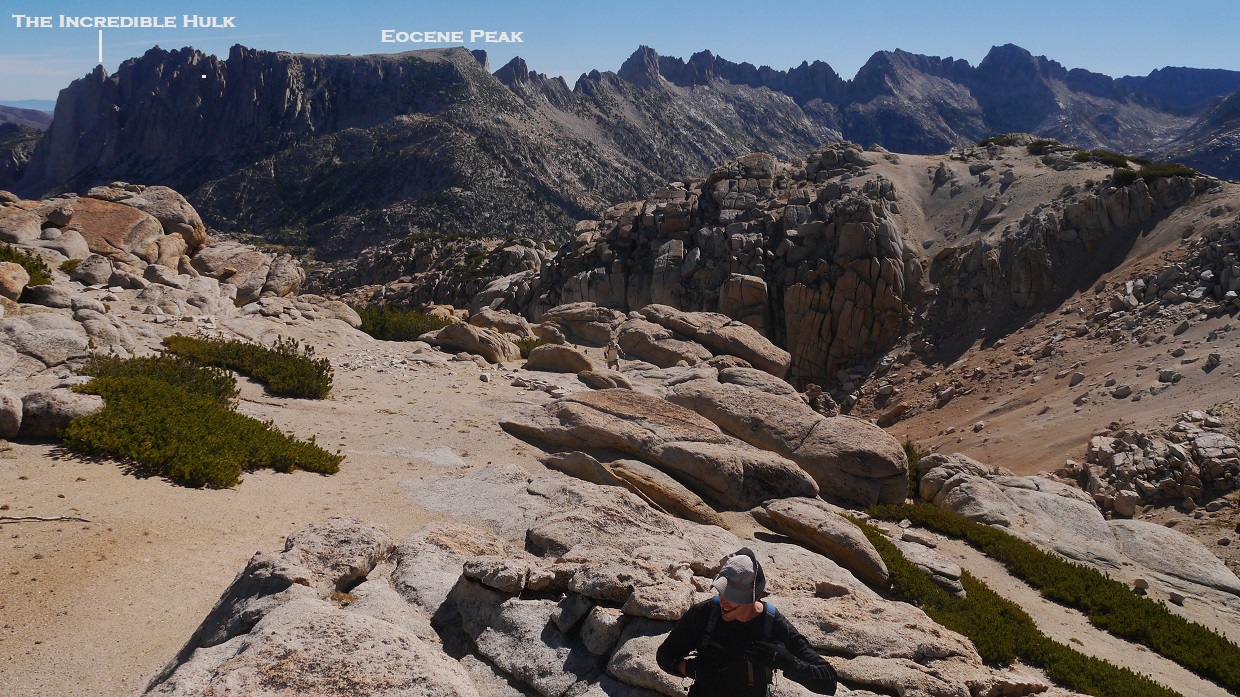 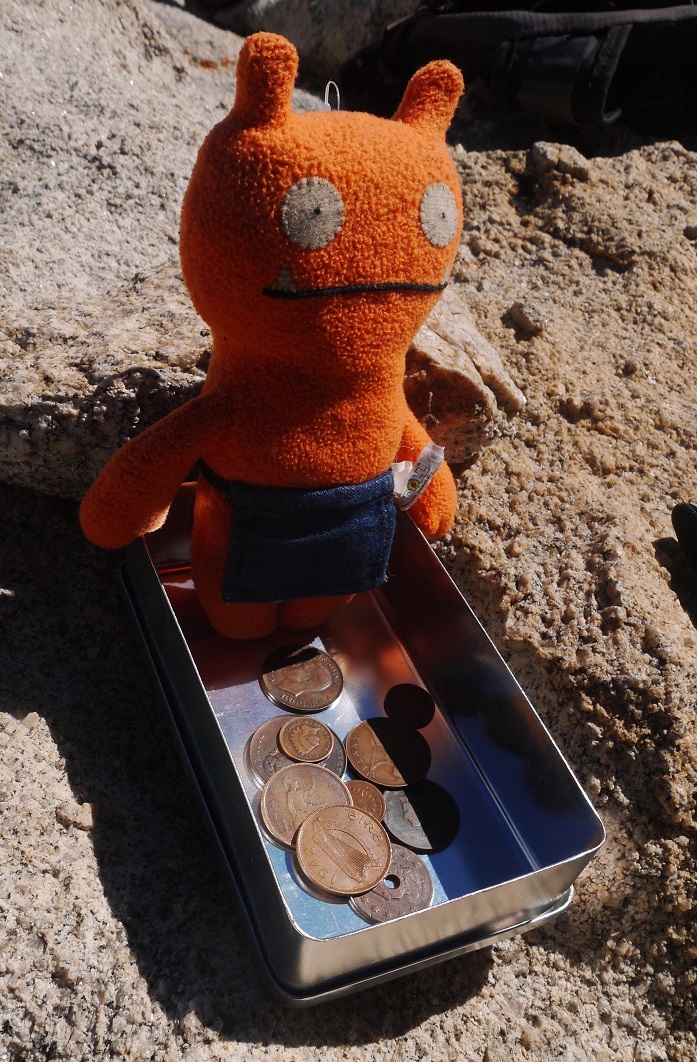 Bob and I stood on the summit block for a few moments, then sheltered behind some rocks to get out of the wind. As the minutes passed, a steady stream of participants made their ways to the summit, many of them having also climbed to the false summit first before realizing that the other one was higher. I snacked on a few energy bars, then left the summit after about 15 minutes.

looking down the descent gully 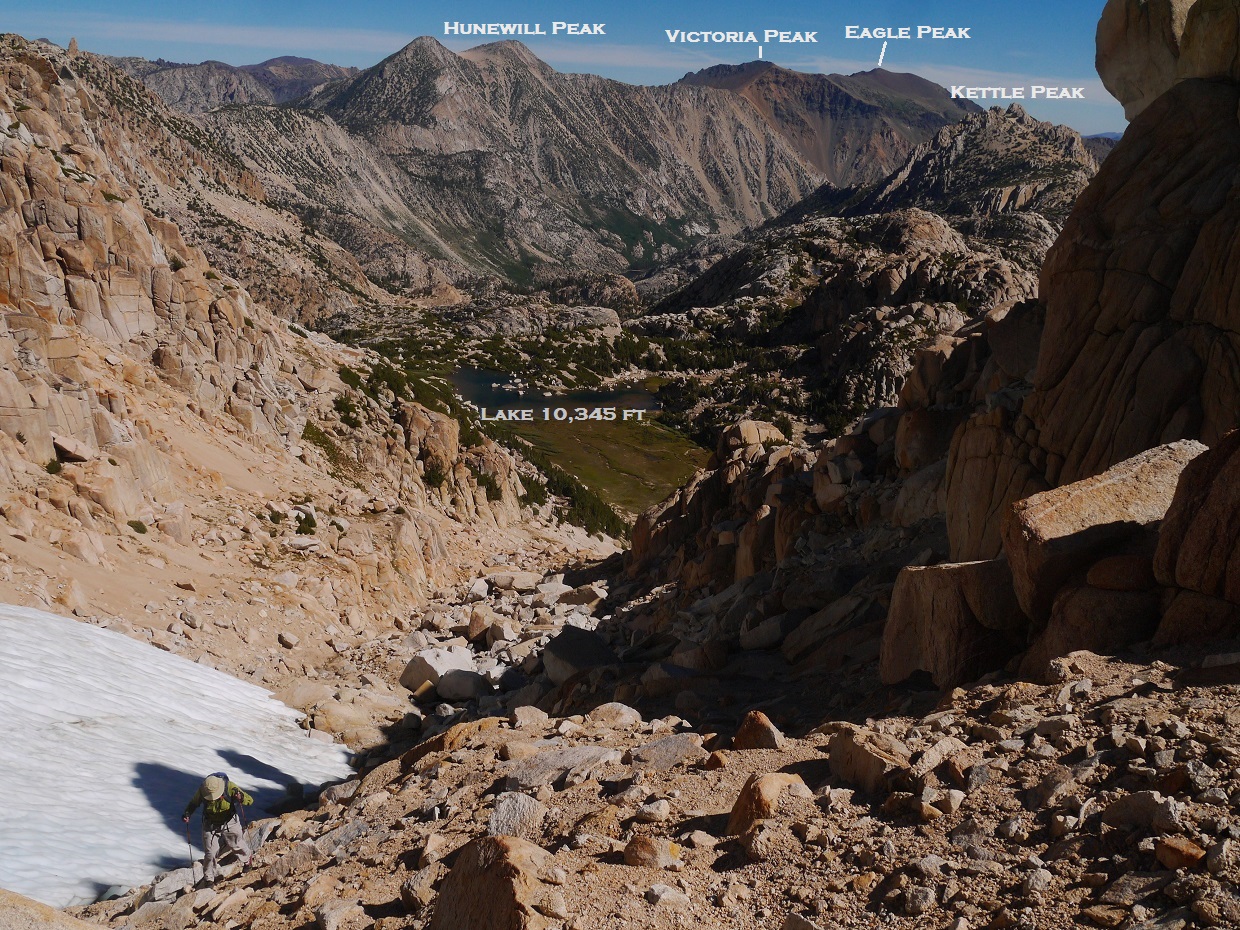 As soon as I hit the trail, I began running. I had planned a strenuous 7-peak traverse for the next day and would need to make up some today to act as a cushion for the next. Aside from a 10 minute interview by the San Jose news group which had situated themselves by Crown Lake, the run back was uneventful. The usual heat wafted up from the valley for the last 3 miles, and I gladly jumped into Twin Lakes to cool off upon reaching the trailhead at 12:26 pm.

back at Crown Lake 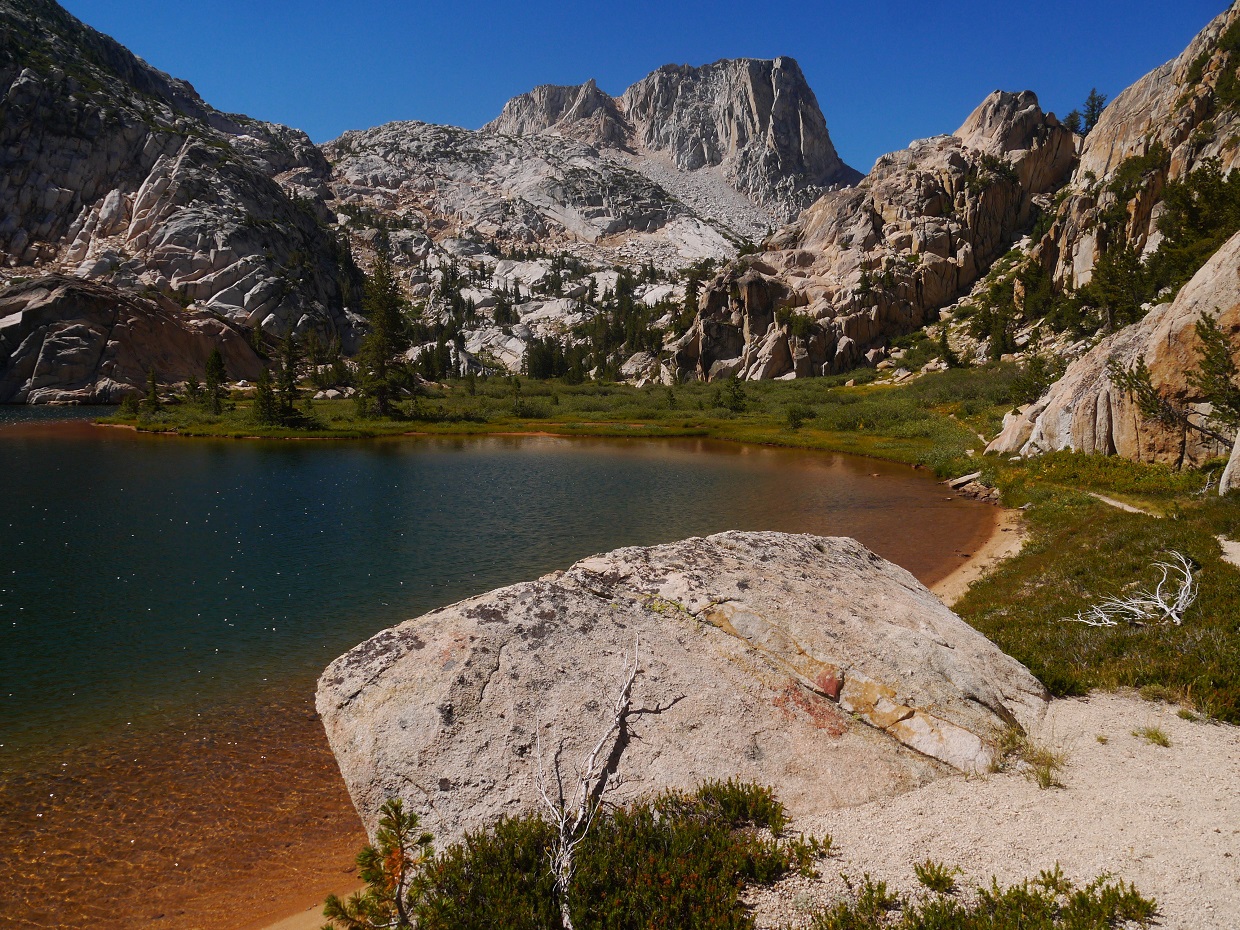 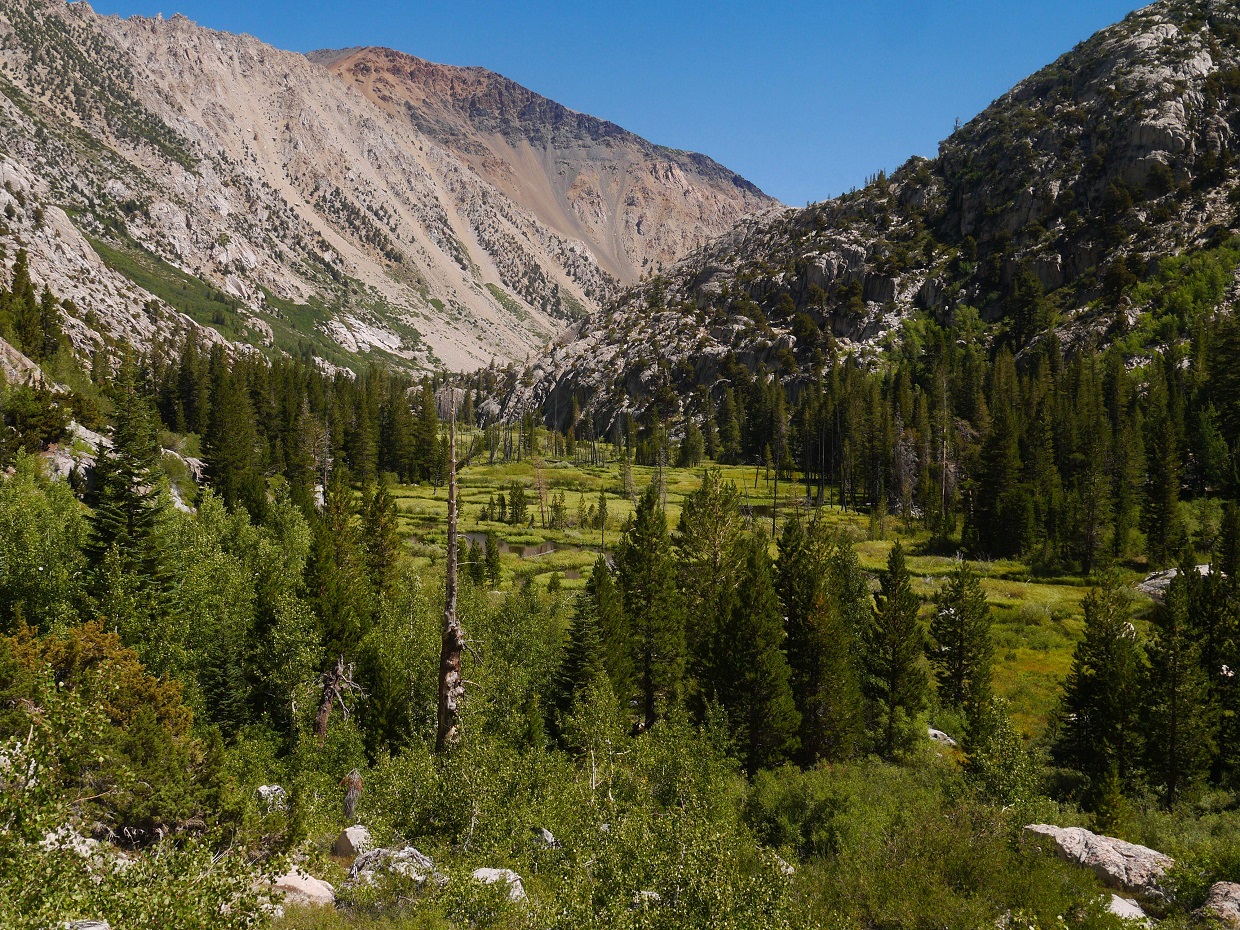 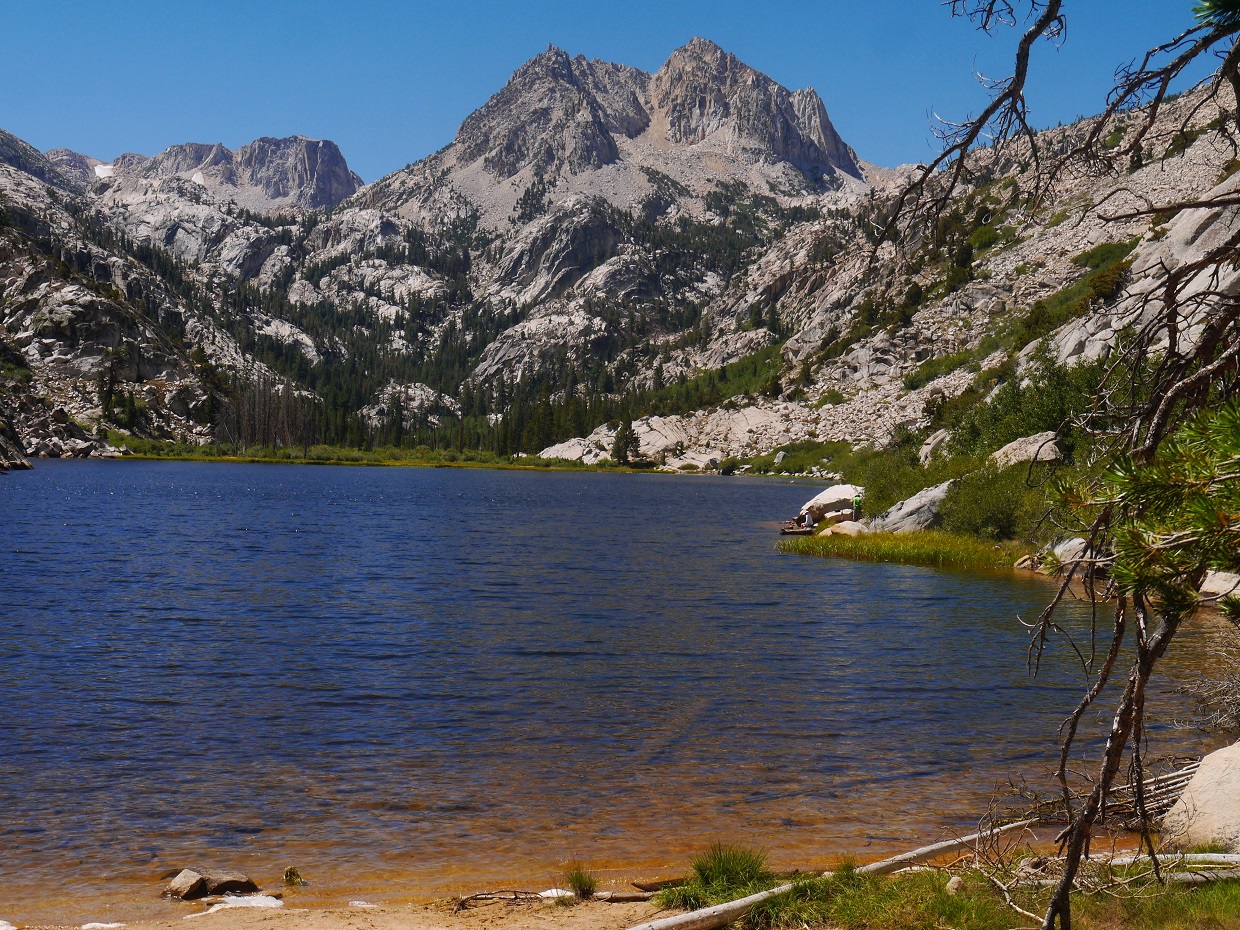 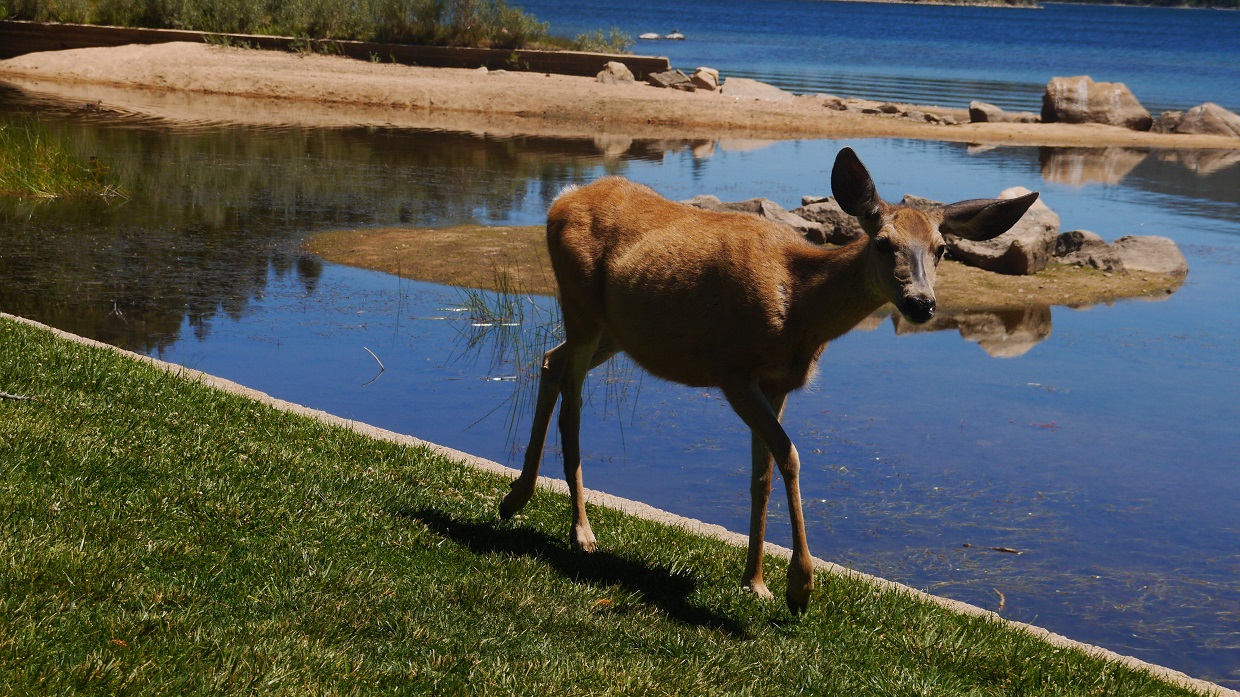 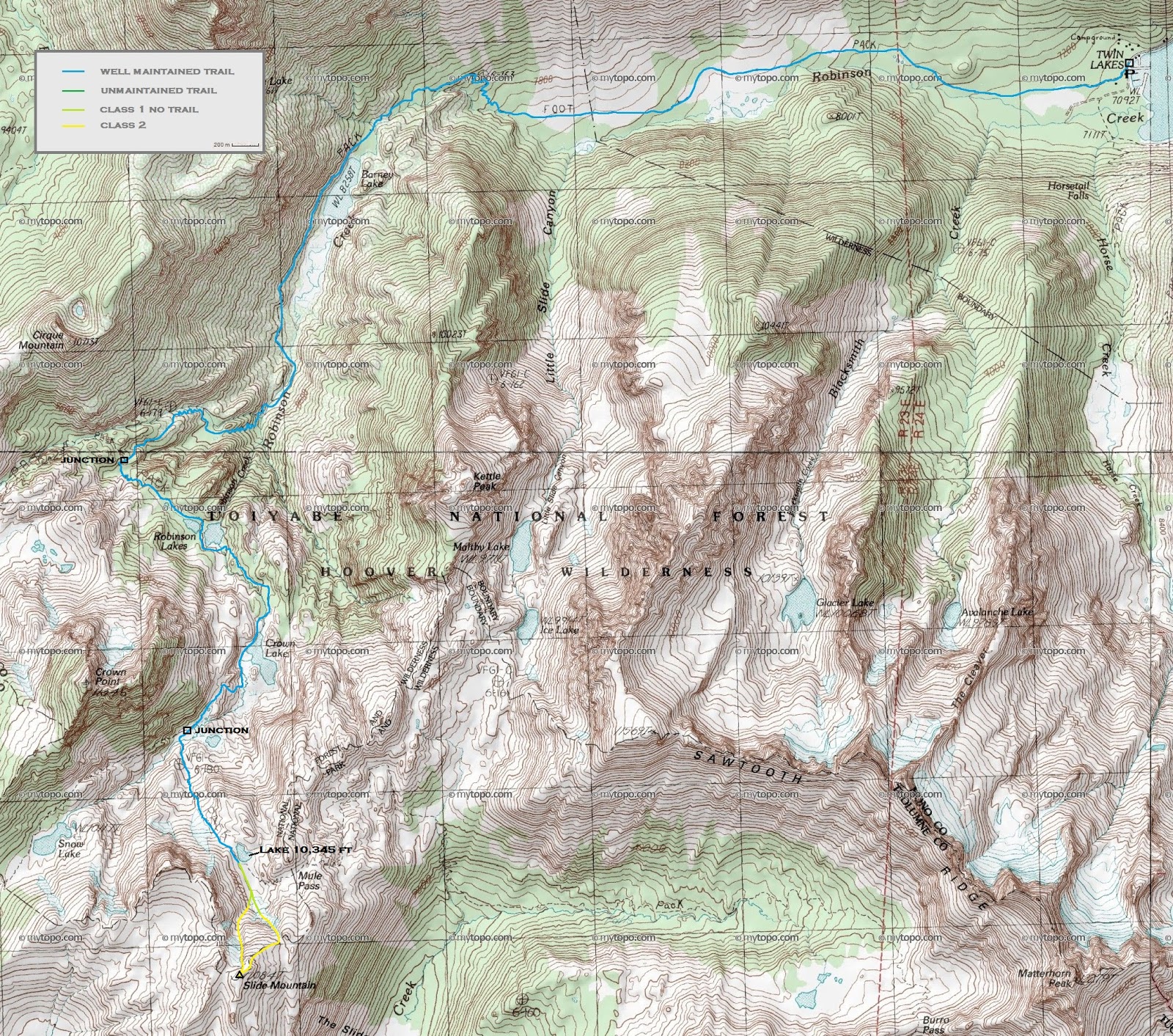