August 7, 2015
Day 1 of the 2015 Sierra Challenge involved Acker Peak, an obscure northern Yosemite peak close to the Sierra Crest west of Twin Lakes. Due to the relatively unknown nature of peaks in this area, I was pretty excited for this day.

Getting to the trailhead: From Bridgeport, travel 13.5 mi on Twin Lakes Rd to the first parking lot in Annett's Mono Village, located on the west side of Upper Twin Lakes.

At 6am, just over 20 of us started off right on cue from Twin Lakes, walking through the packed (but not yet bustling) campground and onto the main trail heading west from Twin Lakes and through Robinson Creek Canyon. We took a right at the first junction (just before Peeler Lake), heading west towards another junction at Kerrick Meadow. 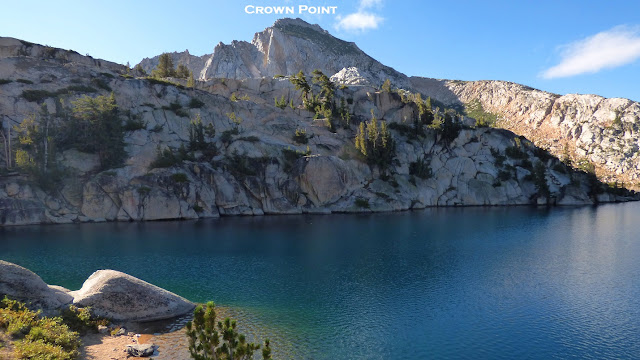 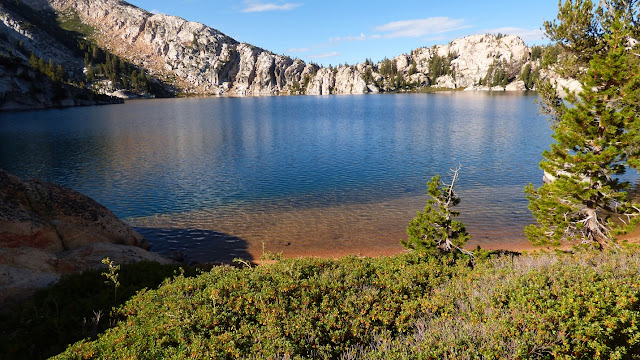 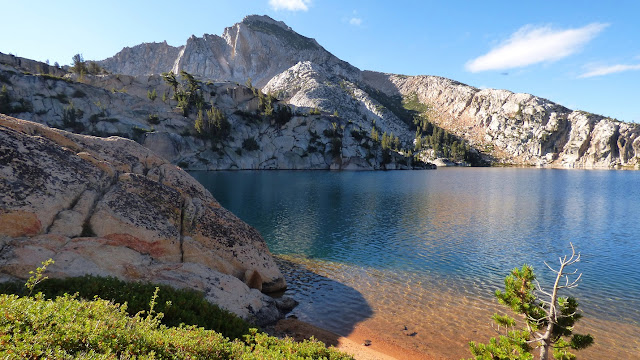 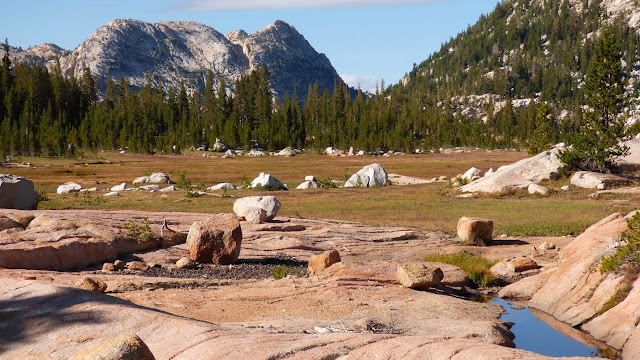 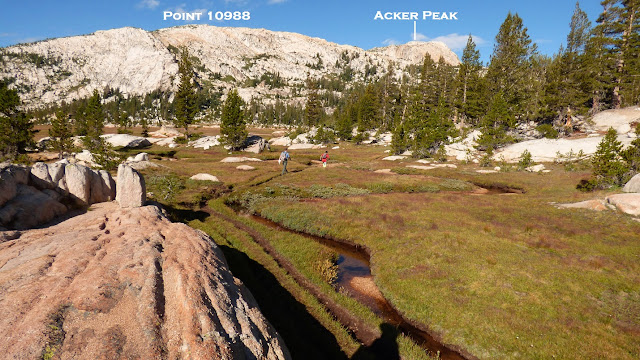 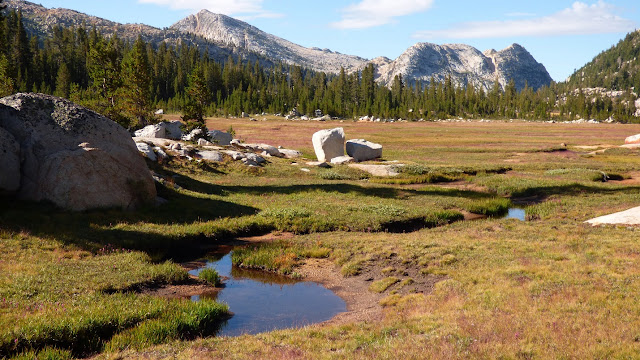 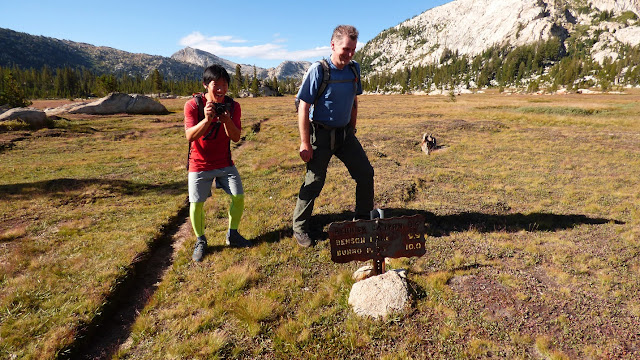 By the time I reached the junction in Kerrik Meadow, I was in a small group with with Bob, Robert, and Michael. From here, the fastest route to Acker (which we later utilized on the descent) was to leave the trail and head southwest towards a saddle between Acker Peak and Point 10988, then continue southwest to the peak. Both Acker Peak and Point 10988 were visible from Kerrik Meadow. Instead, we turned left at the junction and headed south for approximately 2 miles before leaving the trail and making a direct beeline northwest for Acker Peak, doing some light rock hopping along the way. In the end, I would say that the longer southern route was more enjoyable. 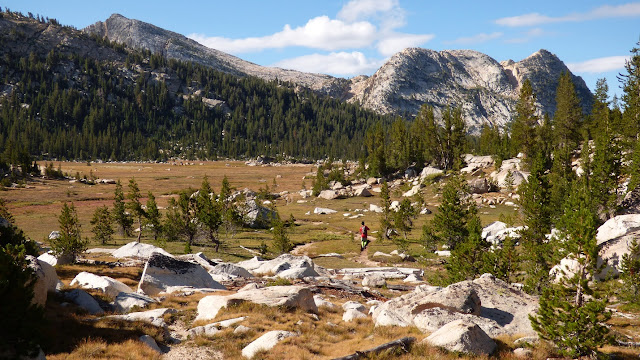 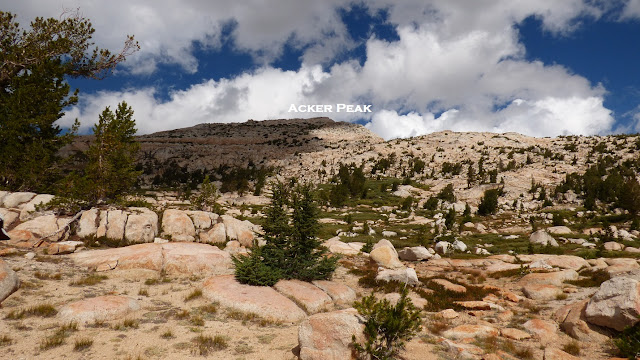 At 10:30am, the four of us reached the summit to find Sean, Mason, and Nick resting there. They had taken the other route directly from Kerrick Meadow.

This certainly felt like a nice and remote part of the Sierra, not at all like the hustle and bustle of the increasingly mainstream parts of Yosemite. 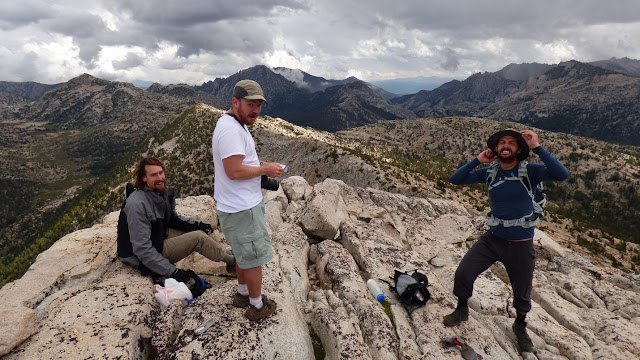 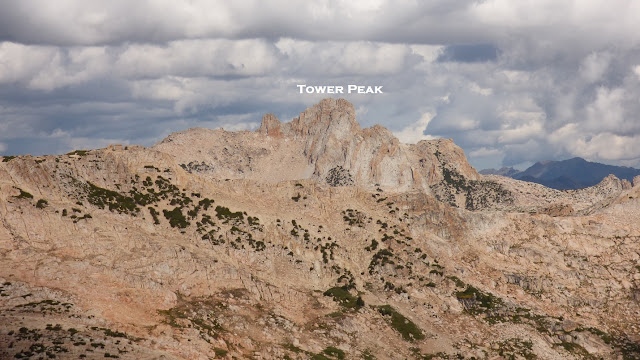 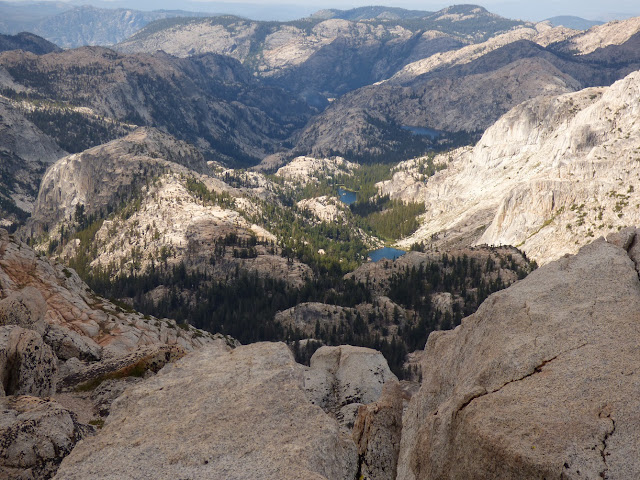 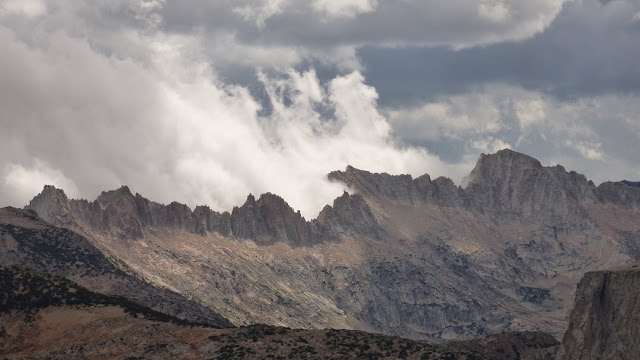 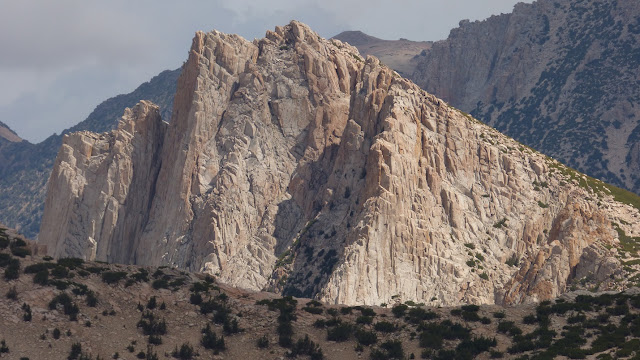 Even at 10:30am, dark storm clouds were already beginning to build, with a few cloudbursts already visible to the south. We hastily began making our ways down as a few snowflakes fluttered down. As we descended, we passed by numerous challenge participants still making their ways up the mountain. They would later report getting hailed on for several hours on their way out. 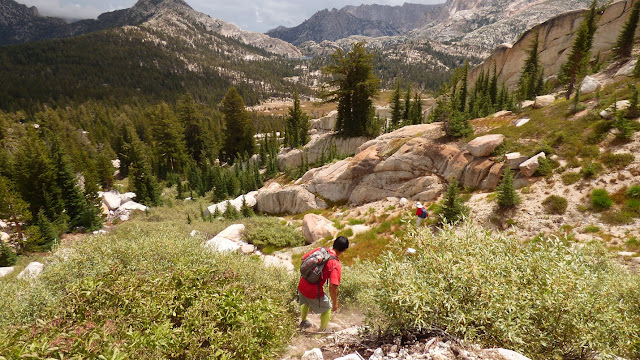 Back at Kerrik Meadow, the sky was already looking pretty ominous. 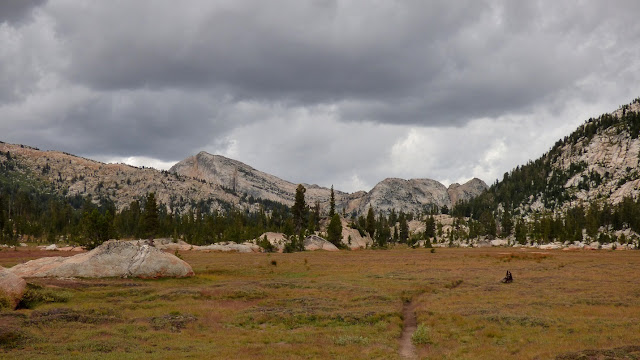 After hitting the trail, each of us began jogging back towards the trailhead. Robert and I stuck close together for the first few miles, then split off shortly after Peeler Lake. At that time, the first rumbles of thunder sounded, signaling the wet day ahead. I quickened my pace, hoping to get closer to Twin Lakes before the first real downpour arrived. By the time I had reached Barney Lake, a light rain had began to fall. The rain would remain at this intensity for the rest of my jog back. It looked like I had already made it far east enough to be at the edge of the storm, as everything a few miles west looked to be getting dumped on. 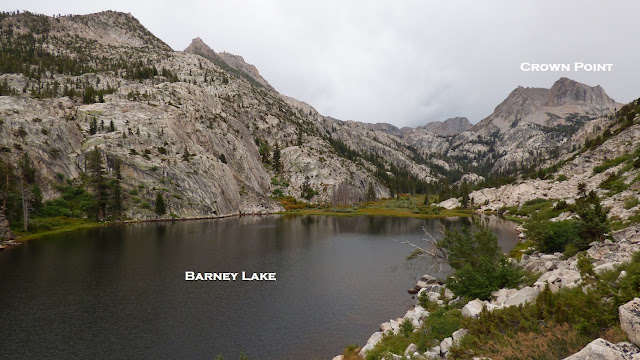 By 1:20pm, I had made it back to Twin Lakes and touristville, and sat down under a tree to rest and stretch out. A lot of the tourists did not seem to be enjoying the weather, but compared to the two previous years in the Challenge where the first days here were hot and slightly miserable, this was a blessing. 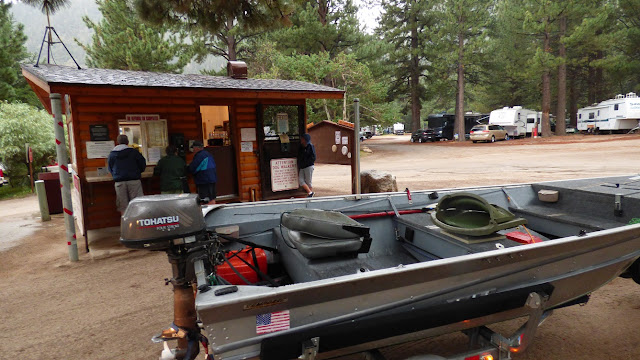 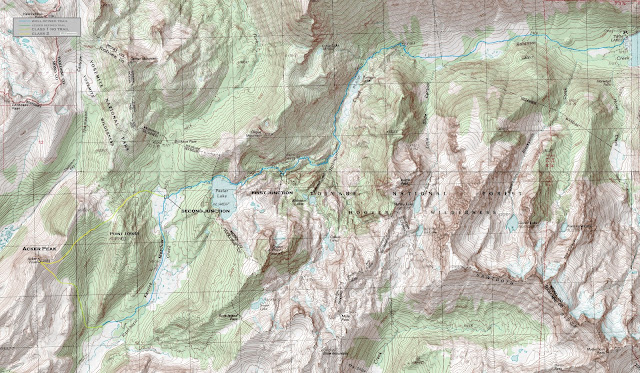