April 11-12, 2015
Located on the southeastern side of Lake Tahoe are a small clump on mountains which are part of the Carson Range, a subrange of the Sierra Nevada. The western side of this clump overlooks Lake Tahoe while the eastern side drops down to the Nevada desert. The highpoint of this clump is the popular and easy to reach Freel Peak, which is well known for being the highest peak surrounding the Tahoe Basin. Even though Freel is by far the most heavily visited peak in the area, it is neither the most enjoyable or hardest to reach. I set out to plot out a traverse of every major and/or interesting peak in the area, and tour them all in a weekend. 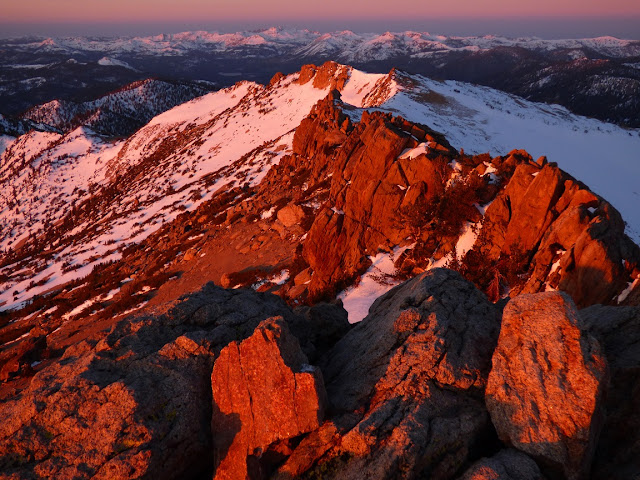 Getting to the trailhead: From Meyers near South Lake Tahoe, head east on Pioneer Trail for 0.4 mi, then turn right onto Oneidas St. Travel 0.2 mi to a gate at the end of the residence.

The table below includes every peak (traversing counterclockwise) on the Live Freel Or Die Traverse. For unnamed peaks, I have dubbed names for them which are mostly derived from the names of nearby passes and landmarks. These dubbed names are in quotes. Peaks without quotes are either officially named by the USGS or were found named by previous parties who had written them in summit registers. 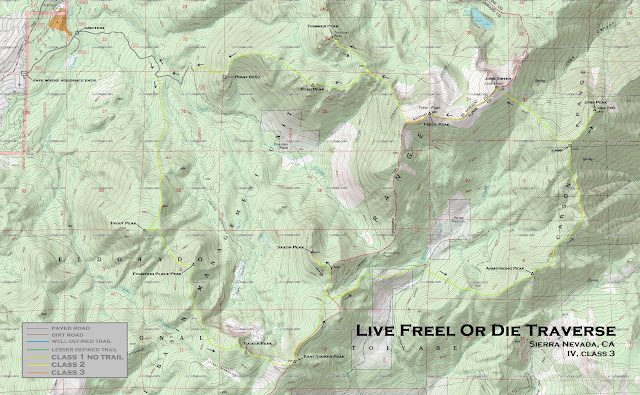