March 22, 2015
Canyon Point is one of several large mounds of dirt in the Cottonwood Range on the west side of Death Valley. This is one of the more remote peaks in the Cottonwood Range, involving a long drive on a bumpy 4WD dirt road through Cottonwood Canyon in order to reach the trailhead. Craig and John were interested in this peak because it was on the Desert Peaks Section (DPS) list. I just tagged along.

The three of us began hiking at 9:30am, heading 0.2 miles to where the dirt road ended before heading west (right) into a prominent canyon.

entrance to the canyon seen from the trailhead (2,780 ft) 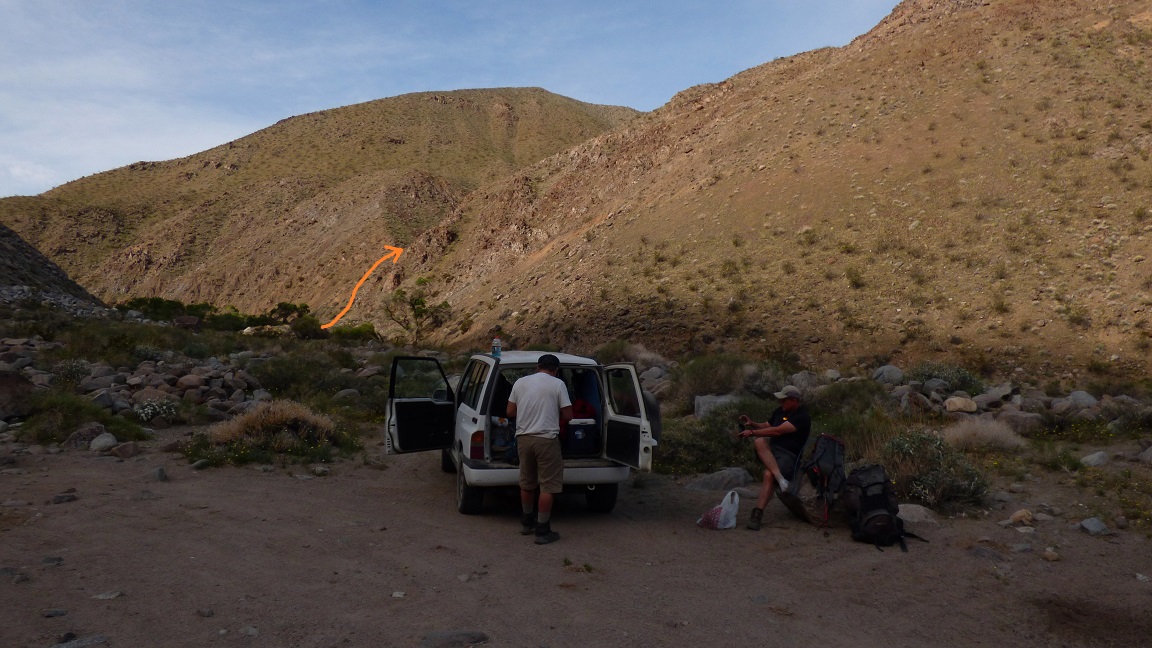 The first ~30 ft at the mouth of the canyon was loose class 2 crud. After that, the terrain eased up and was mostly sandy. Patches of flowers appeared here and there. 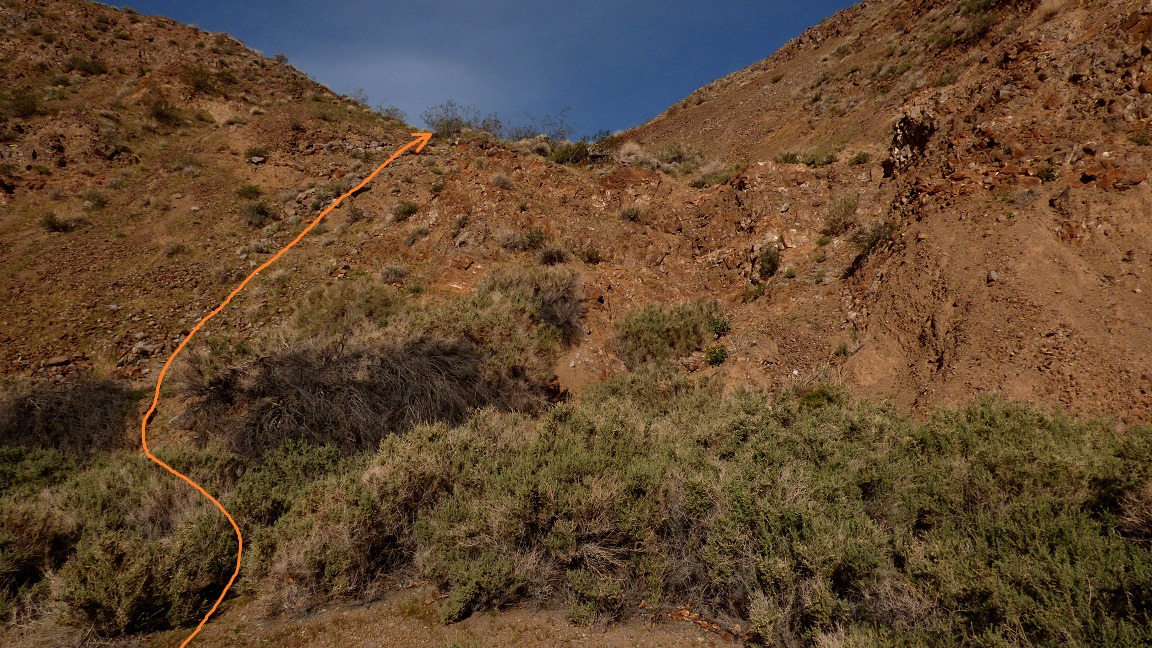 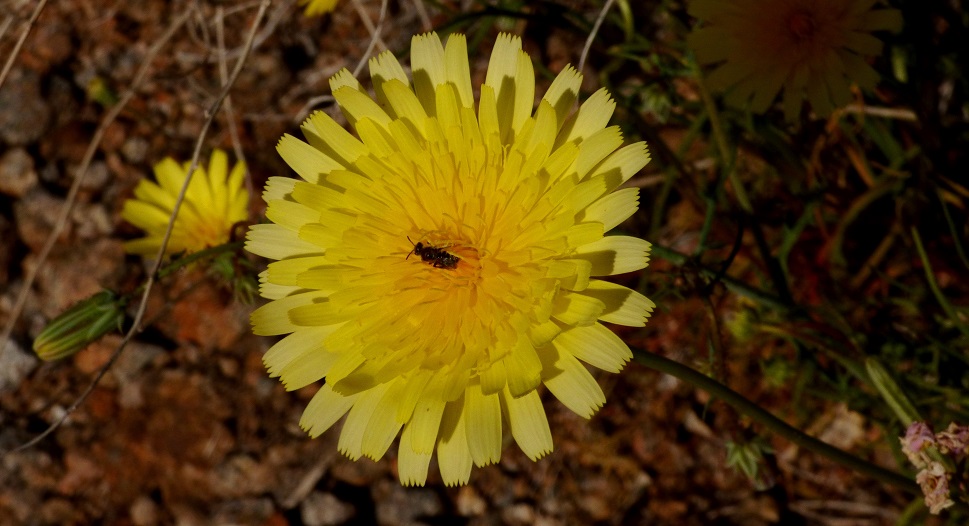 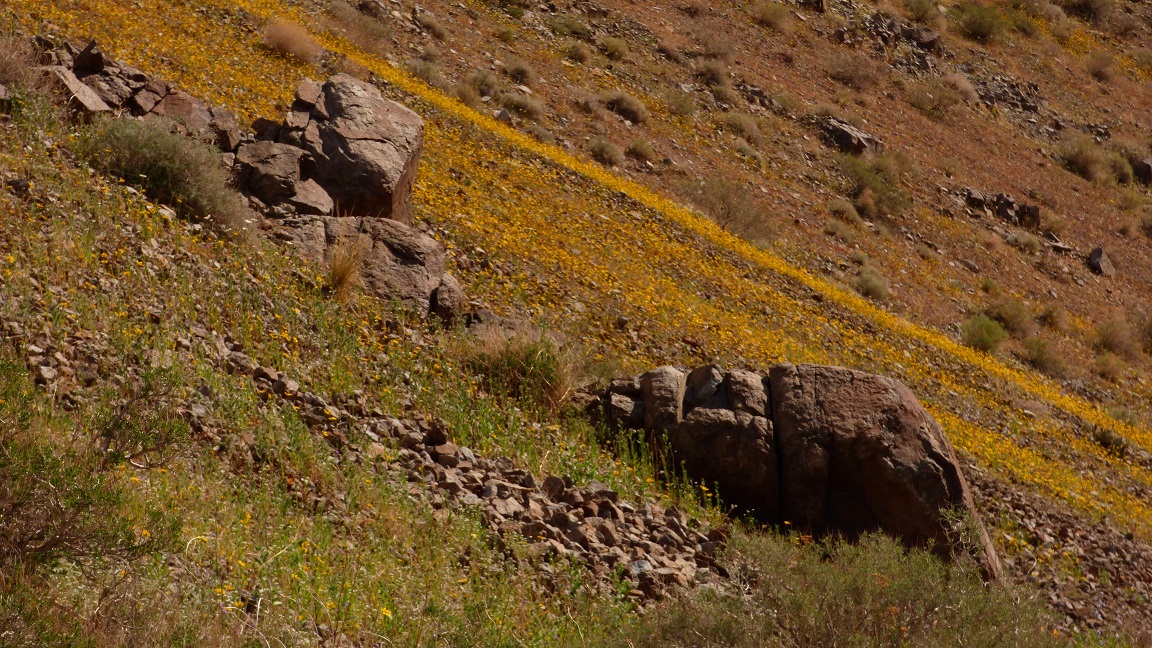 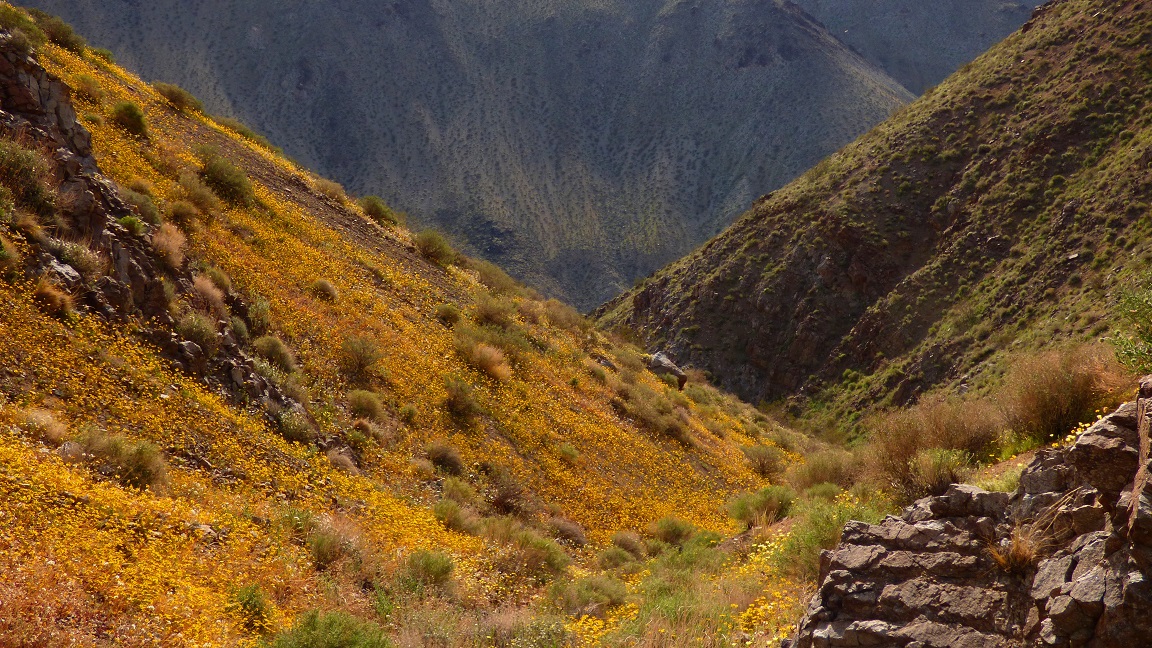 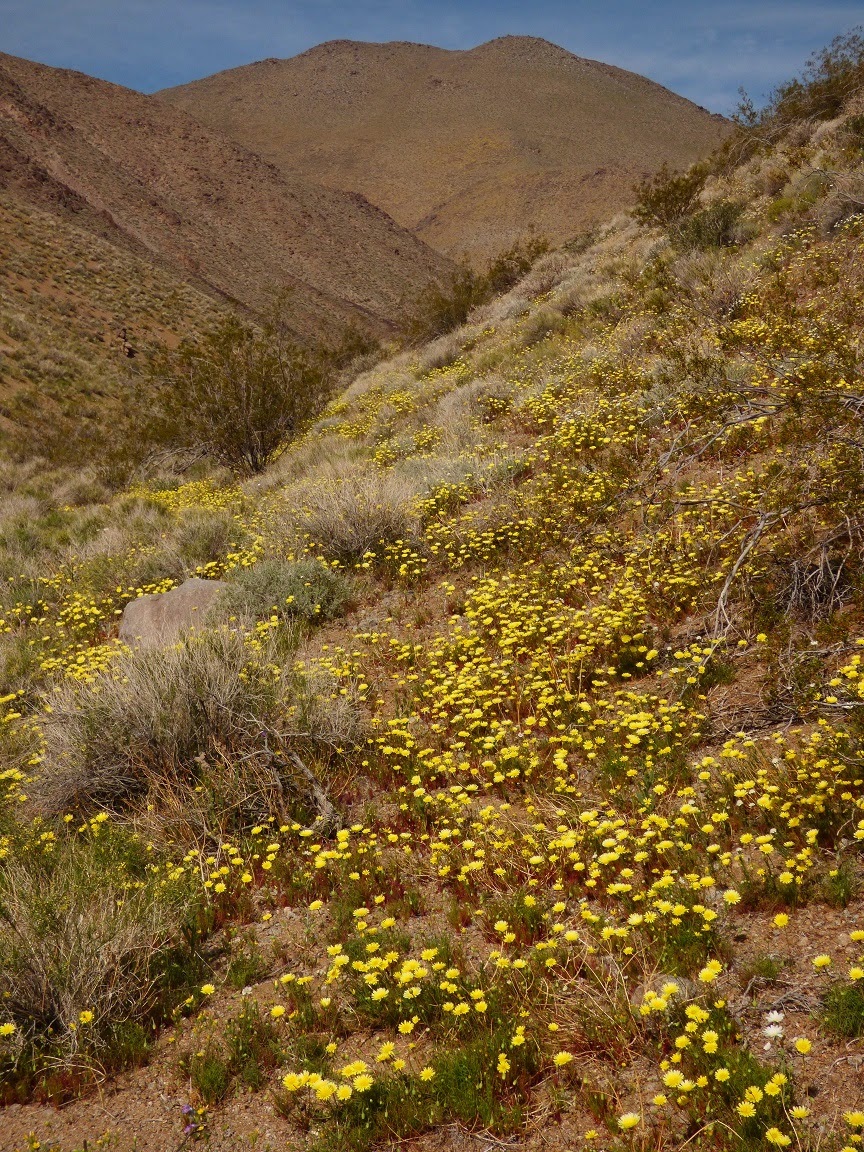 We followed the canyon for 1.5 miles before arriving at the base of Canyon Point's east slope. From there, we made a beeline straight towards the obvious summit. The east slope involved several thousand feet of tedious sand slogging, and we were very glad when the summit finally presented itself. About halfway up the slope, I suddenly jumped as a loud rattling sound came from the bushes 2 ft in front of me. I had spooked a rattlesnake. 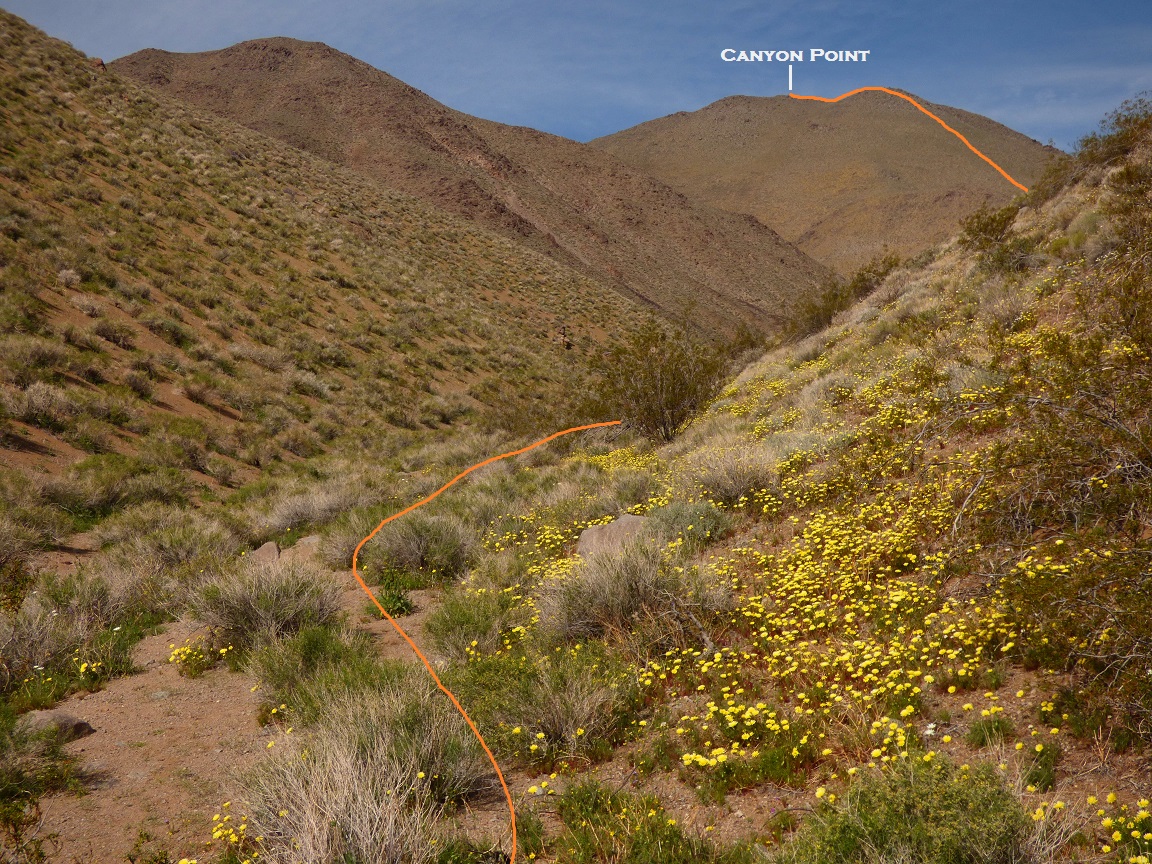 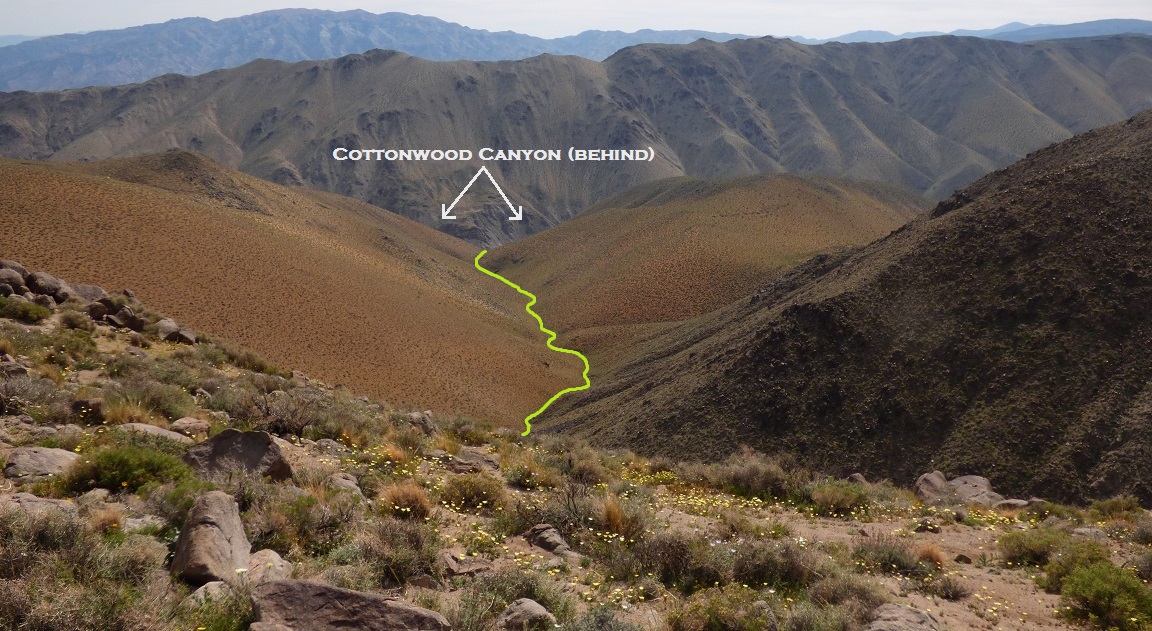 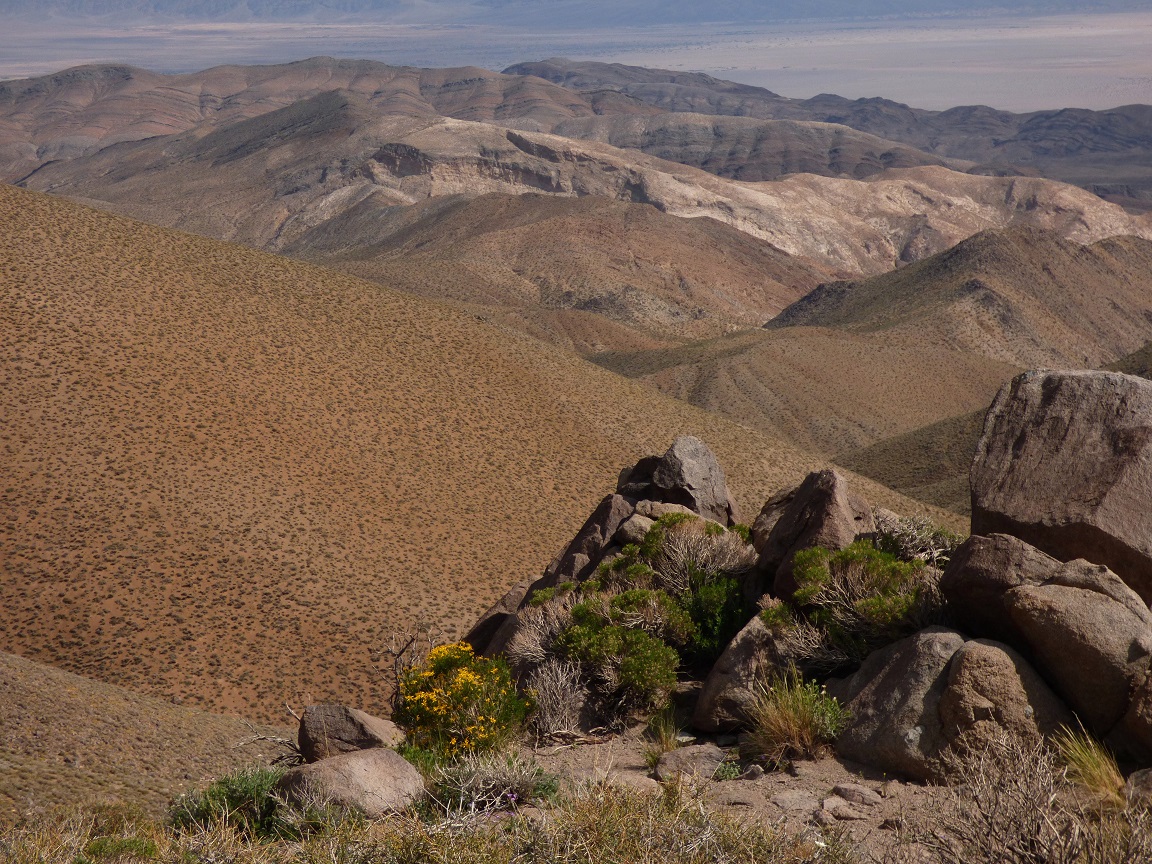 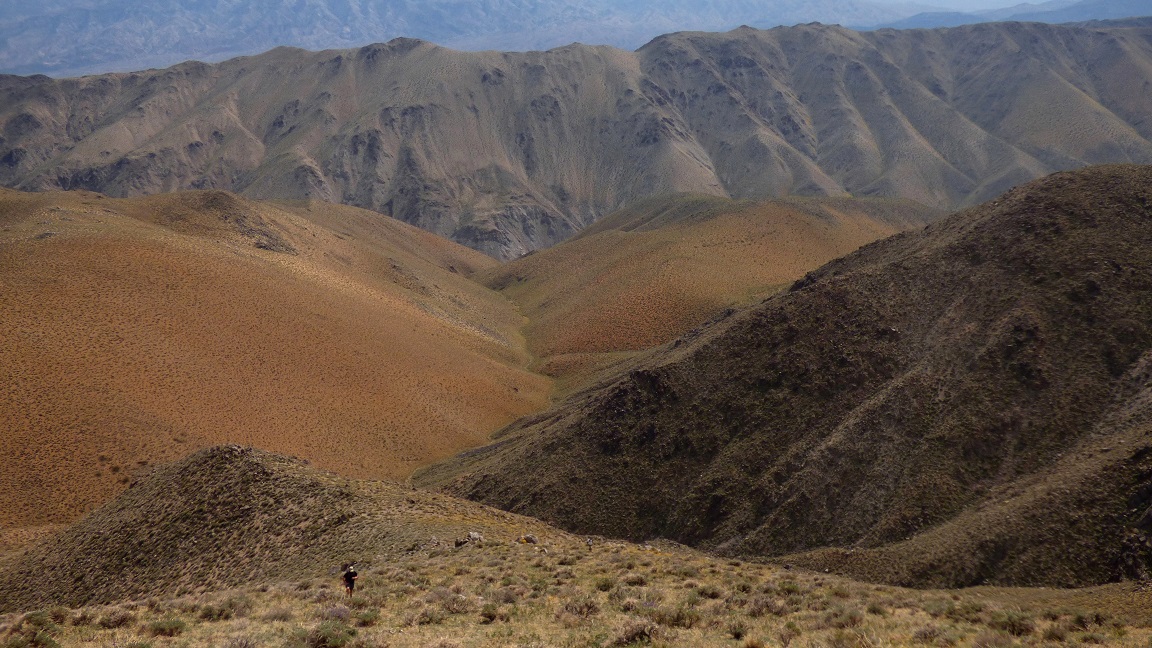 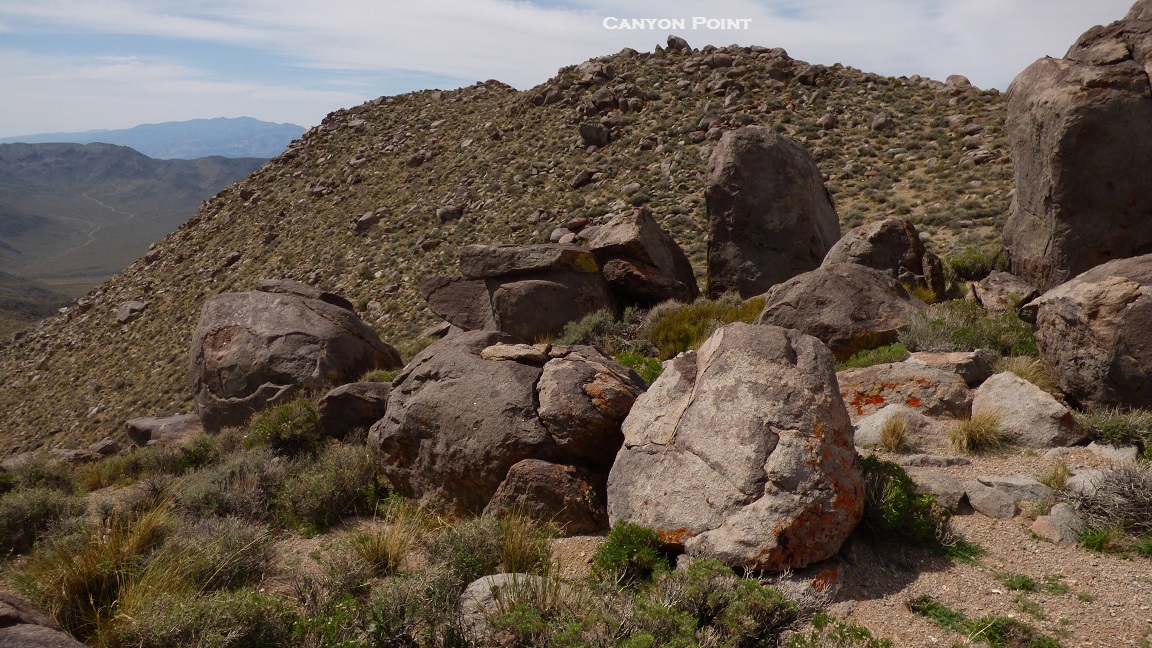 view southeast from the summit 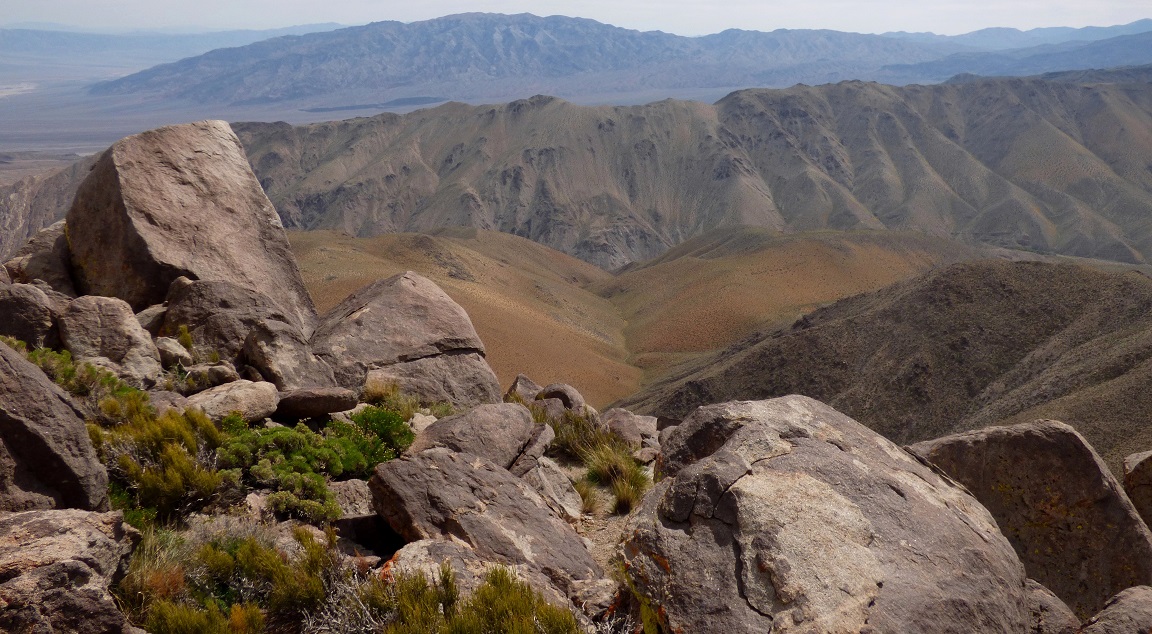 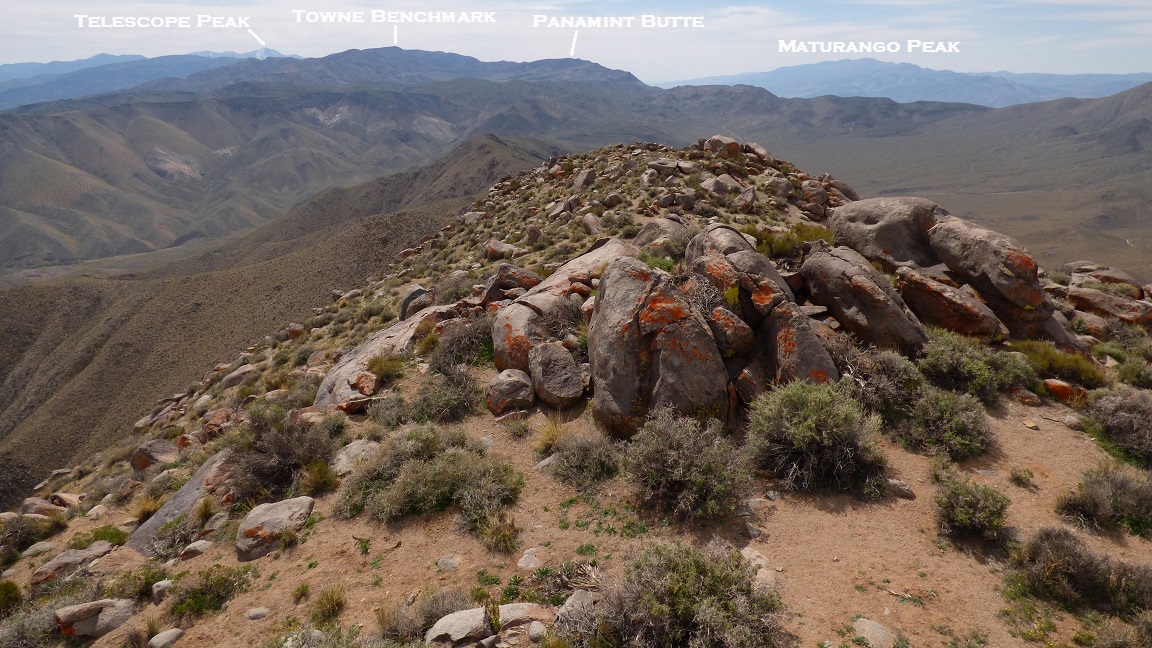 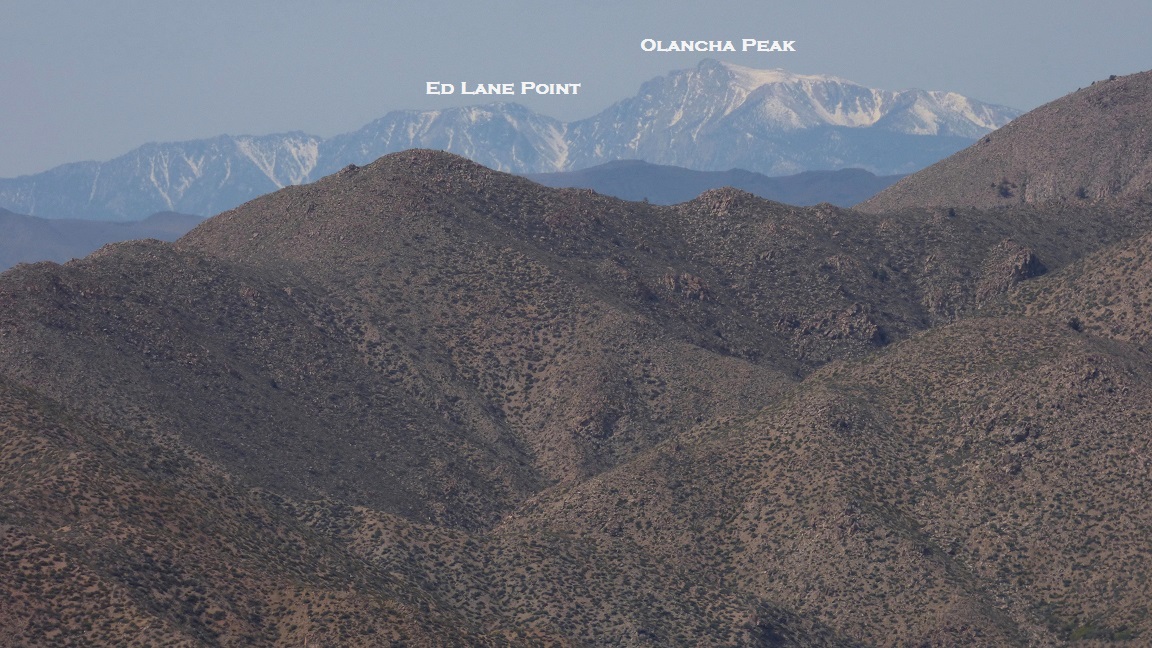 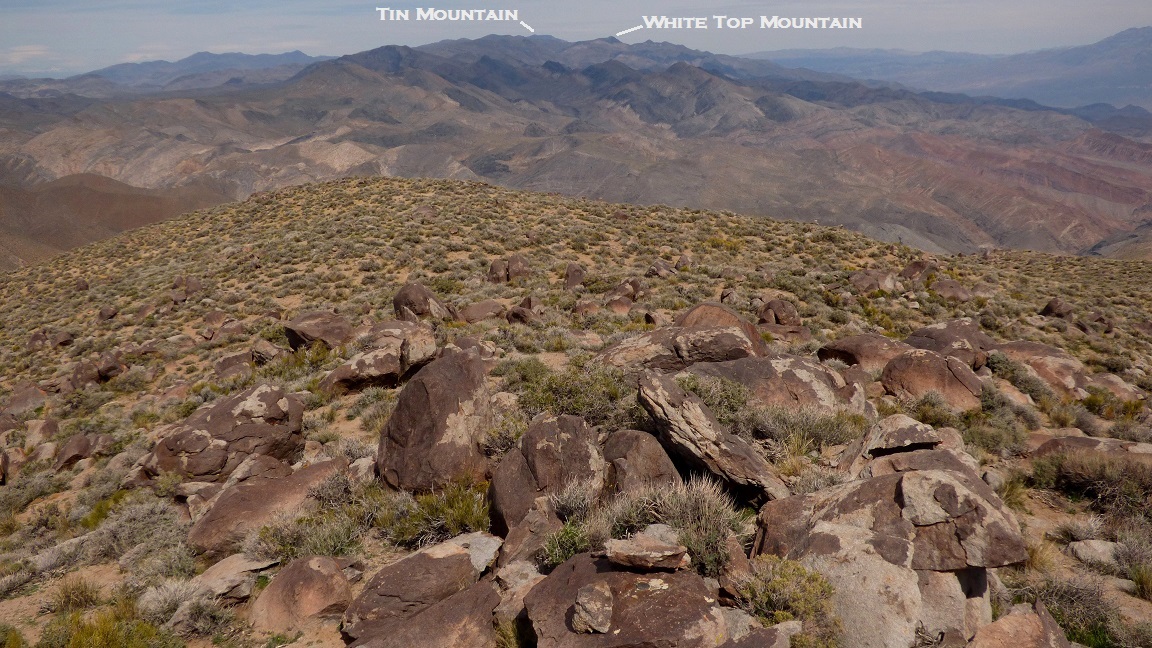 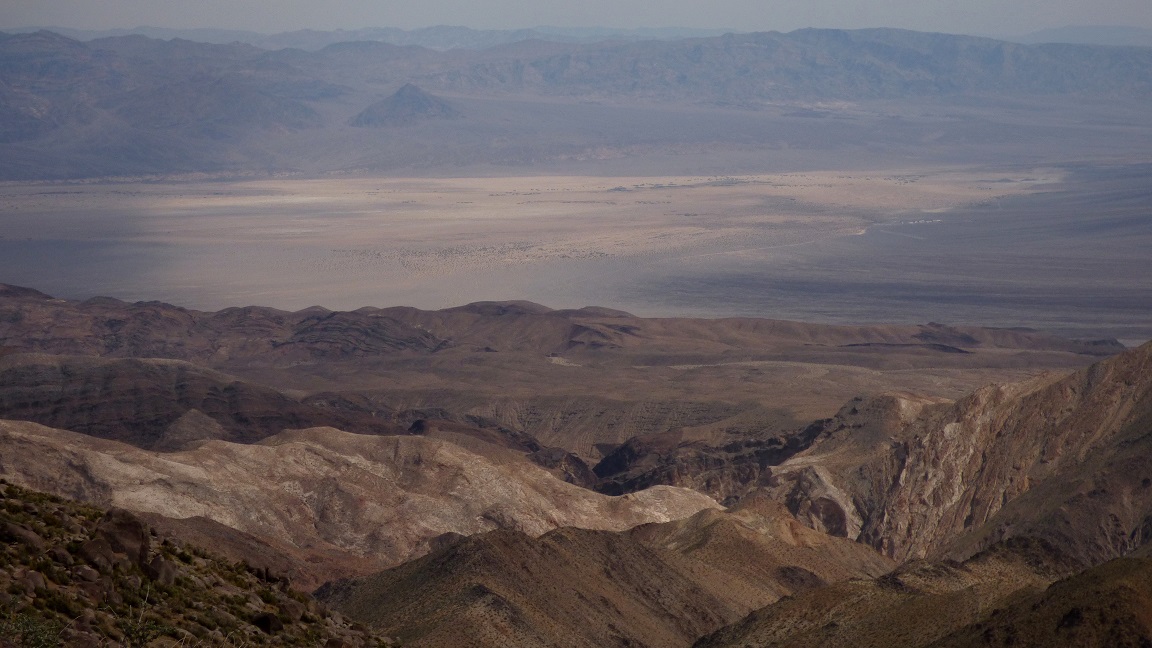 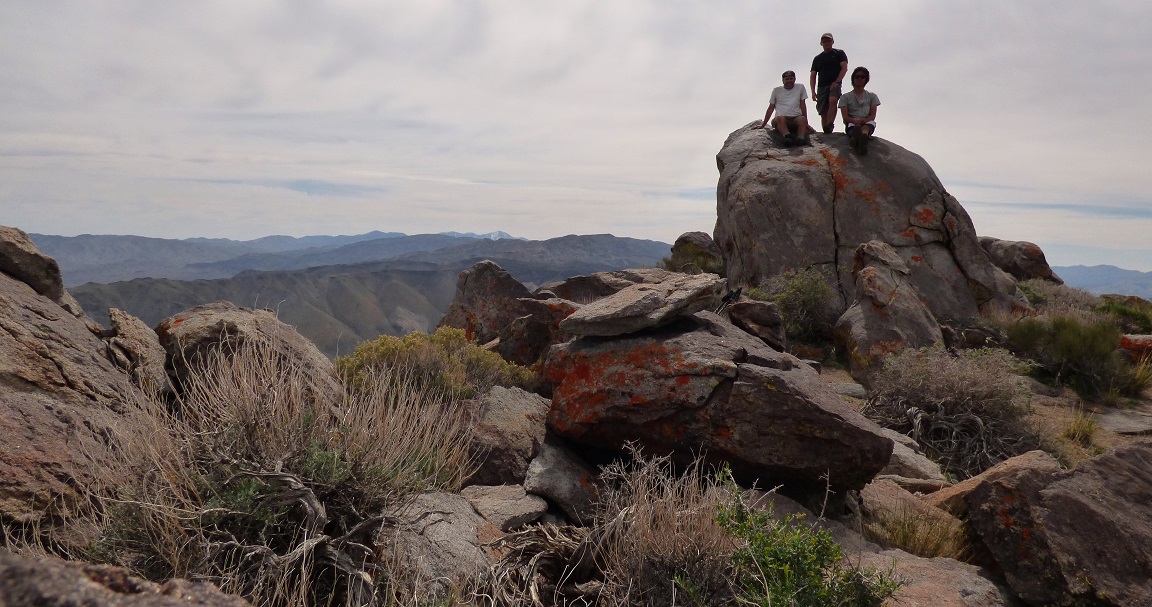 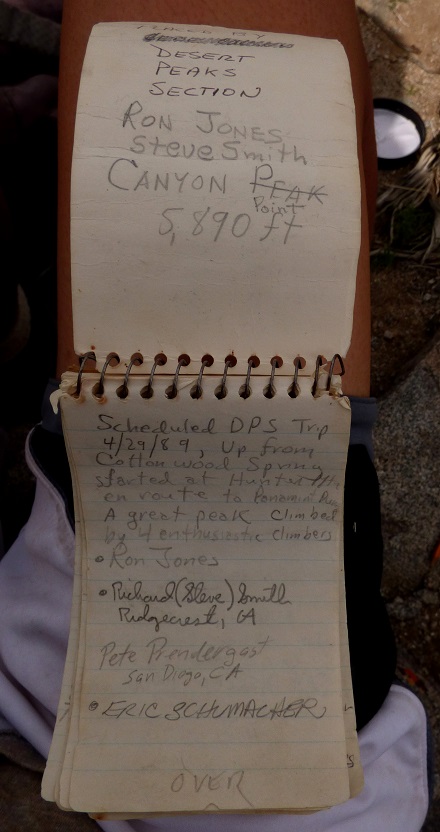 We descended back the way we had come, bombing down the nice sandy east slope in what seemed like no time at all. 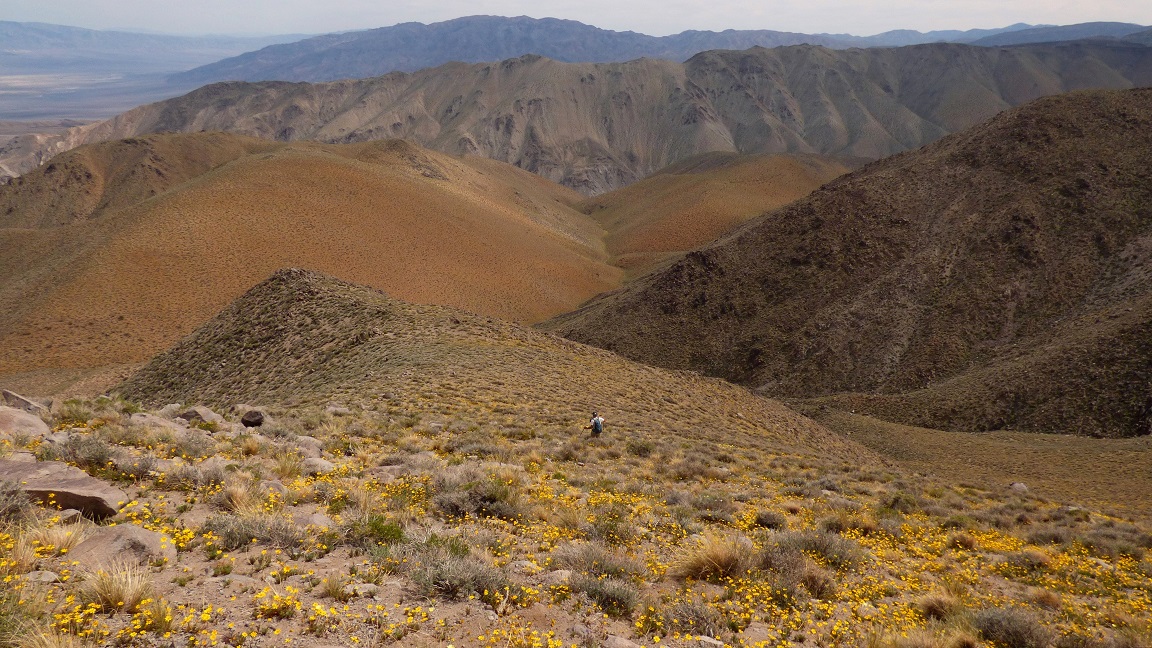 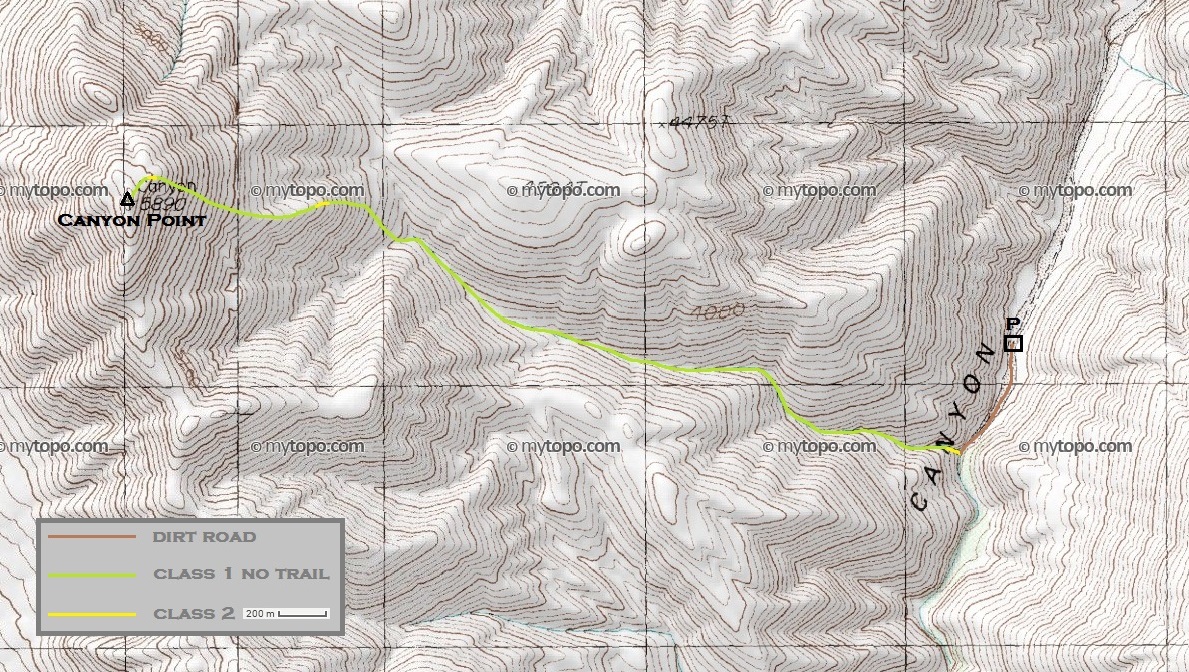